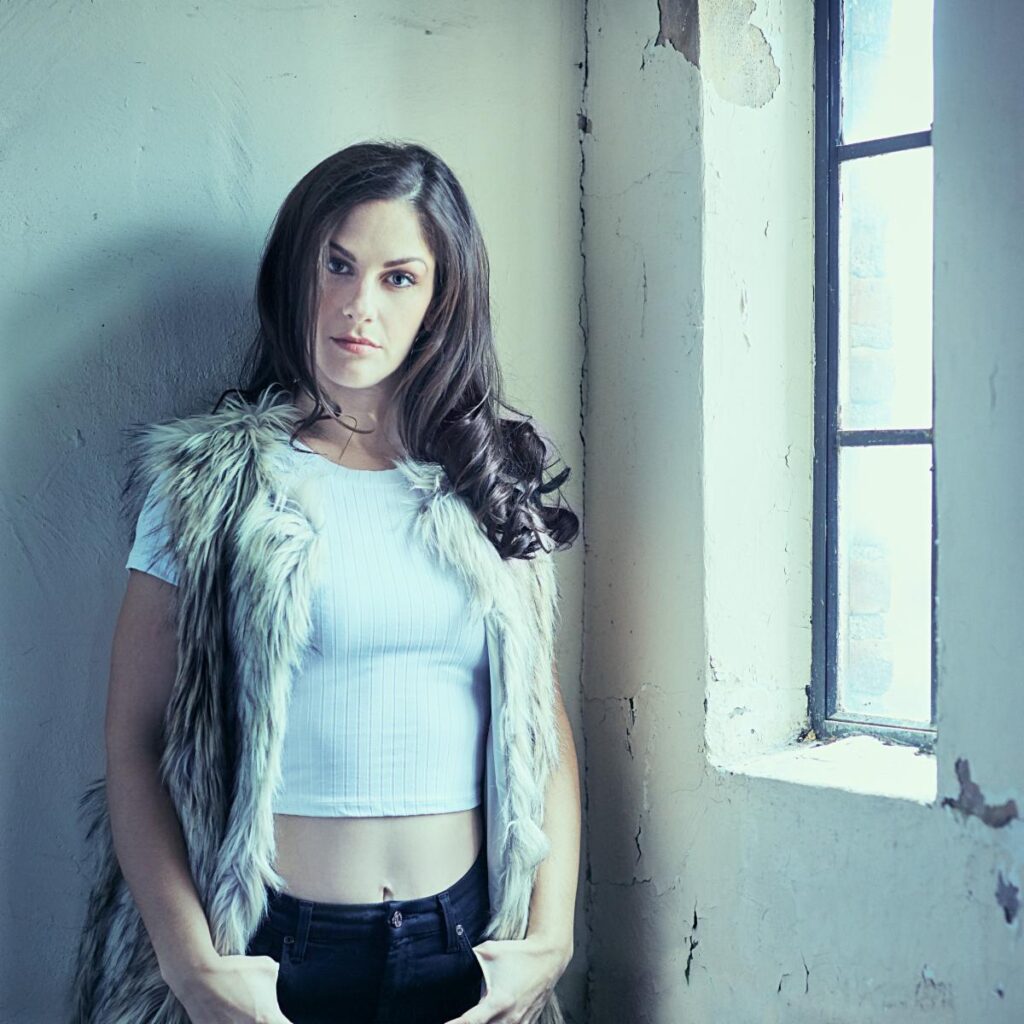 BILLBOARD #1 SINGER/SONGWRITER
LINDSEY WEBSTER
RELEASES FIFTH AND CAREER DEFINING ALBUM OF INSPIRED
NEW MATERIAL ON
A WOMAN LIKE ME
OUT MARCH 27, 2020

“I am an artist…period,” declares Lindsey Webster. “I have influences from many musical genres and have been influenced by them from a young age. I believe in the power of music to empower and reach people on multiple levels.” The stunning, charismatic and amiable Lindsey Webster’s roots span the worlds of R&B, Pop, Rock, Jazz and beyond. Her flawless range has been compared to Mariah Carey, Whitney Houston and Minnie Ripperton, while her breezy and poetic songwriting is reminiscent of Sade. Webster’s refreshing approach has garnered two Billboard #1’s and seven Top 10’s on the Billboard Contemporary Jazz Chart, making her the first vocalist in the format to garner a #1 since the iconic Sade. Her anticipated new recording, A Woman Like Me, is a dazzling 11-track excursion that further solidifies her allure as both a songwriter and singer. Her goal all along has been simple. “I want to continue to bring realness to the music world. I don’t want to sing about things I don’t feel,” declares the Woodstock native.

Webster’s own experiences and those close to her inspire much of the material on A Woman Like Me. Each composition is like a portrait carefully painted to reveal a myriad of emotions that are easily relatable. It also shines a light on the chemistry and musical fortitude she has built through the years with best friend, pianist and producer Keith Slattery. Although recently divorced, the two continue to flourish. “I could not have done this album with anyone else,” confides Lindsey, who was crowned Billboard’s contemporary ‘Jazz Artist Of The Year’ for two consecutive years. “Keith is an amazing example of understanding and compassion. First and foremost, Keith and I were friends before anything. Then we became musical partners. Then we became romantically involved. We spent all those years creating something amazing together. I can say that with Keith’s guidance and wisdom, I have become a better person.”

A Woman Like Me has all the makings of a career-defining album for Lindsey Webster. It is certainly a declaration of her evolution as both an artist and woman. “I’ve been through a lot of changes in my personal life. I joke and say that I had to finally become an adult when I turned 30,” she shares. A Woman Like Me explores numerous themes including rebirth and renewal explored in the song “Rain,” the experience of a love gone awry featured in the composition “Running Around” and the experience of journeying through uncharted territory as heard in the tune “The Unknown.” For Webster it is all about connecting with people’s emotions, “If a song doesn’t make me smile, think, or cry, I don’t really care to hear it,” states the singer. “I am not interested in hearing about the other night in the club. I want to continue to keep people in touch with the music, emotionally.” 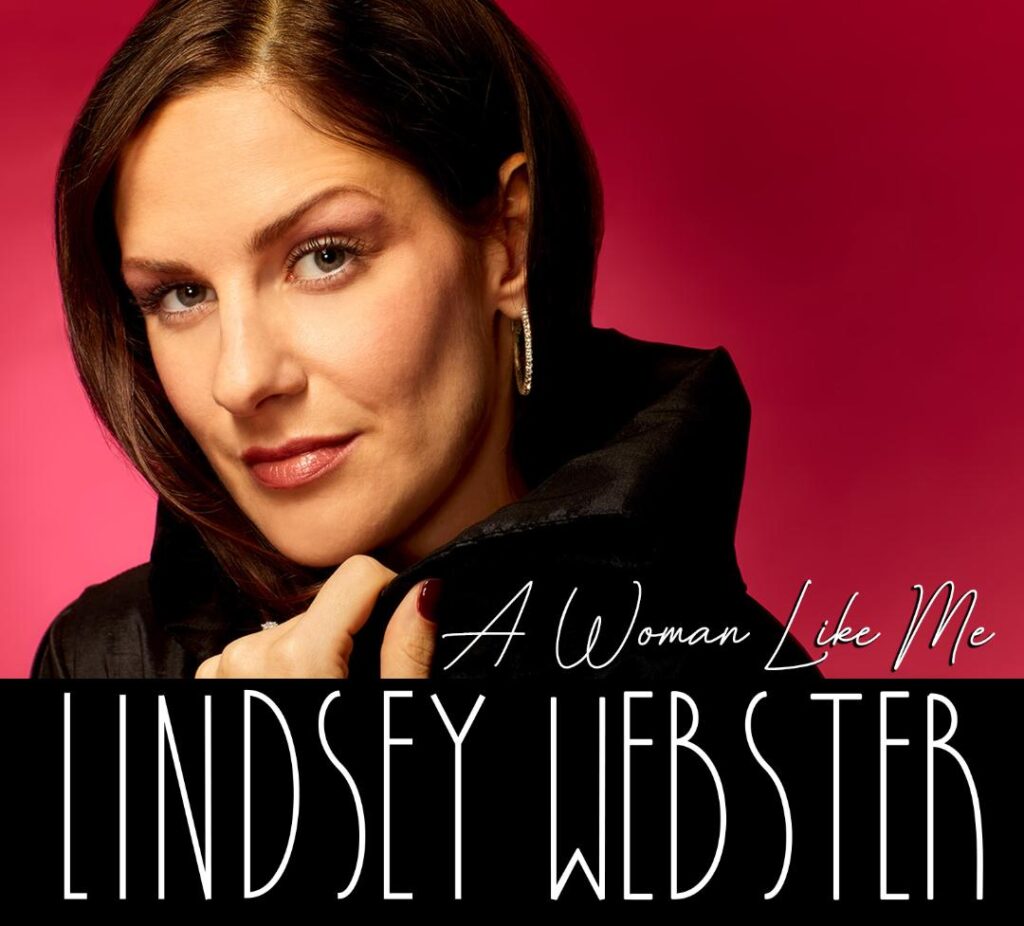 A Woman Like Me opens with Sophisti-pop and Bacharach-tinged “Feels Like Forever,” the album’s first single. Webster instantly draws us in with her sultry vocals and the tracks cool swing. The bluesy “Close To You” and the dreamy “Only You” demonstrate Webster’s flawless and dreamy vocals, while the inspirational “One Step Forward” offers the encouragement needed to forge ahead in dark times. Webster sings, “One step forward and two steps back. Steady climbing, going find my way because there is no denyin’. Gotta seize the day.” Lindsey has always been a storyteller. “It stems from my active imagination,” confesses the singer. “As a kid I would play alone a lot and there was always a story going on in the background. If I was playing outside, (I grew up in Woodstock, NY amidst the trees and mountains), there was always a narrative and I was some sort of character. If I was playing with my siblings/friends, we were all characters in my grand story.” The song “Perspective” reminds us of the importance of balance. It also speaks to Lindsey’s current frame of mind. She shares, “It is easy to get down in the dumps, but it takes being an active part in your own life to realize that the way we interpret things is the only reality we have. I have known this my whole life, but going through sad and dark times makes you realize how important it is. It’s the difference between being a bitter person and a joyful person. I always want to be a light and positive energy for people…and for myself.”

If you have ever experienced Lindsey Webster live, then you know first hand about her dynamic ability to captivate a room. Let her sing a ballad and you can hear a pin drop. On A Woman Like Me, there are several killer ballads including an album highlight, the R&B/Soul number “Always Love Me.” If there were ever a doubt about Webster’s chops this ought to answer your questions. Her flawless intonation, sensitive timing, and phrasing along with the gorgeous orchestration, is sure to stop you in your tracks. Check out the modulation at the end of the song and her runs! Also featured is the stunning title track where Webster sings about the complexities of a woman like her and questions if a man can handle her fragility, strength and freedom. Nathan East plays a surprising and gorgeous solo doubling on voice and bass. Another highlight is the song “Perspective” where Webster sings about attaining inner peace through the process of letting go and changing one’s perspective. There is one lone cover on the album, which happens to be one of her most requested songs at live performances, the Arlen/Harburg classic written for the 1939 film The Wizard of Oz, “Somewhere Over The Rainbow. Her poised and soulful rendition always brings down the house and this recording is no exception.

“I always want to be a light and positive energy for people…and for myself.” – Lindsey Webster

A Woman Like Me is the first time Lindsey and Keith have invited multiple special guests to join them on record. Joining the duo is drummer Vinnie Colaiuta (Frank Zappa, Sting, Joni Mitchell), bassist Nathan East (Fourplay, Quincy Jones, Stevie Wonder, Eric Clapton) and percussionist Luis Conte (James Taylor, Pat Metheny, Carlos Santana). “It was incredible to be able to work with Nathan, Vinnie, and Luis,” states Lindsey. “So many of my favorite recordings feature these guys, and my mind would get blown frequently while recording, as I would remember that I was working with my idols! Also, working with different people gives a different vibe and feel. I love what everyone brought to the music.” The album also features many longtime collaborators: guitarists Mike Demicco, Chris Harris, Tommy DePaolo, bassist Fred Doumbe, drummer Isaac Civitello and saxophonist Ken Gioffre.

Growing up in an artist community of Woodstock, NY, the daughter of loving hippie parents, the allure of music was never far from Lindsey Webster. The singer grew up listening to her parent’s Jimi Hendrix, Beatles and Elvis Costello LPs and later the Supremes. Influenced by everyone from Mariah Carey and Christina Aguilera to Steely Dan and Earth Wind and Fire, Webster once pursued medical school before finally settling on music. Webster made history in 2016 with her original, “Fool Me Once,” which was the first vocal driven #1 song to top the Billboard Contemporary Jazz chart since Sade’s “Soldier of Love” in 2010 and she beat Sade’s three-week run at #1 with a four-week stay at the top of the charts. November 2016, Webster made her Shanachie debut with Back To Your Heart, which spawned three songs that reached Top 3 on the Billboard Contemporary Jazz Charts – “Back To Your Heart,” “Next To Me” and “Where Do You Want To Go,” which hit #1. 2018 saw the release of Love Inside, which featured the Top 5 hit “Love Inside” and the Top ten single “It’s Not You, It’s Me” featuring Rick Braun.