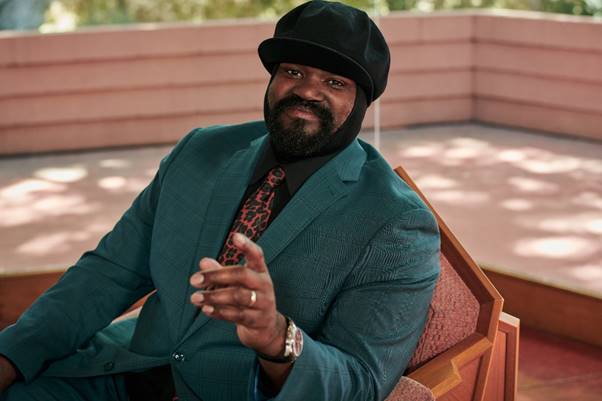 NEW ALBUM ALL RISE OUT APRIL 17 ON BLUE NOTE

Two-time GRAMMY Award winning singer-songwriter Gregory Porter has announced a Fall 2020 U.S. headline tour including a concert at the historic Kings Theatre in Brooklyn, NY on October 3 for which tickets will go on sale now. Every ticket purchased on the Fall tour—which runs from September 20 to October 20—includes a physical copy of Porter’s highly-anticipated new album ALL RISE, which will be released April 17 on Blue Note Records. Additional tour dates will be announced shortly. Visit gregoryporter.com/tour for more info.

Porter has already shared two songs from the album including the soaring gospel-infused lead single “Revival” and the heartfelt ballad “If Love Is Overrated.” ALL RISE is available for pre-order in deluxe and standard vinyl, CD, and digital versions.

**Tickets are bundled with a physical copy of ALL RISE