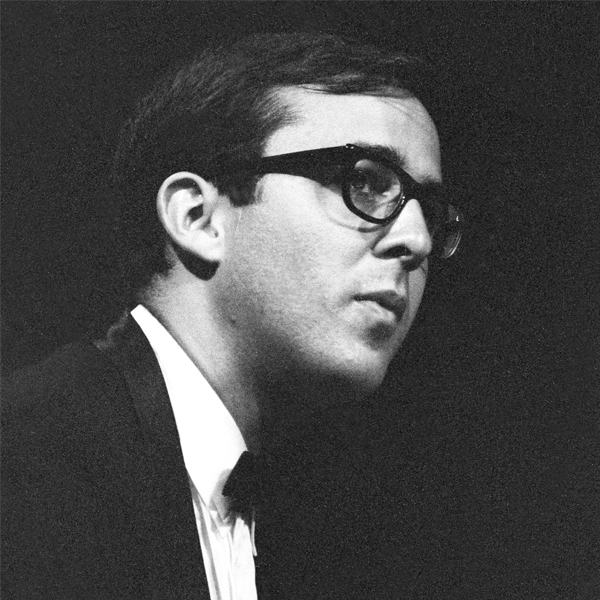 Continuing Resonance’s tradition of supporting independent music retailers, the album will initially be available as a Record Store Day exclusive, in a 5,000-copy limited edition, 180-gm LP mastered by Bernie Grundman at Bernie Grundman Mastering in Hollywood and pressed at Record Technology, Inc. (RTI). Compact disc and digital editions will be released on May 1st.

Once Upon a Time comprises sessions recorded by Klabin, then a freshman at Columbia University in New York, with two iterations of the trio fronted by James, who was working in Manhattan as vocalist Sarah Vaughan’s pianist along with bassist Larry Rockwell and drummer Omar Clay. At that point, the keyboardist had issued only one LP, the 1962 Mercury Records debut Bold Conceptions, produced by Quincy Jones, which had attracted Klabin’s attention as a boarding school student.

Much of the material on the collection, crisply recorded at Columbia’s Wollman Auditorium, finds James working in the swinging, lyrical style that made him a commercial force in jazz from the 1970s into the new millennium. But it also spotlights the spiky, experimental aspect of the musician’s playing, which has been little represented on disc until now. 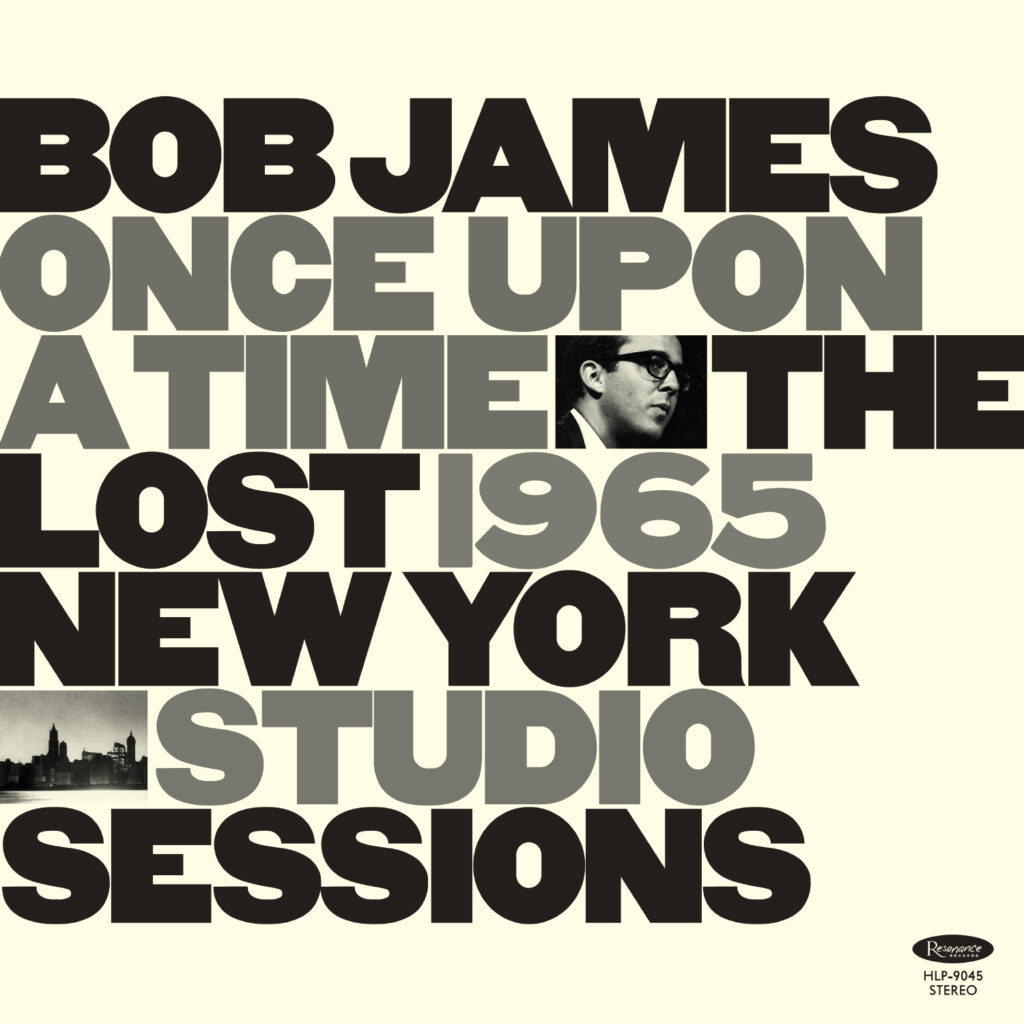 On Klabin’s recommendation, and upon hearing these recordings, Bernard Stollman of ESP-Disk – then the home of such left-field talents as Albert Ayler, Ornette Coleman, and Sun Ra – recorded Explosions, James’ free-form second album as a leader, which was ultimately released in 1965. (An earlier, thrilling example of James’ avant-garde work – an expansive track, penned by the pianist, on which his band backed Eric Dolphy at a 1964 date in Ann Arbor, MI during the ONCE Festival – appeared as a bonus track on Resonance’s widely admired 2019 Dolphy set Musical Prophet.) But Klabin’s ’65 sessions went unheard.

Klabin – who co-produced the present release with Resonance co-president Zev Feldman – observes in his notes, “Bob became a huge figure in jazz, one of the fathers of the smooth/fusion jazz movement. I never thought about releasing these recordings until recently when we worked together on my production of Eddie Daniel’s Night Kisses, a tribute to Ivan Lins. We discussed it and I was pleasantly surprised that Bob agreed to have Resonance release this seminal early work.”

Summing up the import of James’ formative work, jazz historian and critic Mark Stryker observes in an essay included in the package, “If James were a filmmaker, the well-made populist music that made him a star would suggest a summer blockbuster. His early recordings, however, are more like the forgotten films of a young director with an arty taste for the French New Wave and eager to challenge Hollywood convention.”

The more freewheeling, clamorous material on Once Upon a Time is heard in the January 20, 1965 session, on which James is backed by bassist Larry Rockwell, who was also a member of the Sarah Vaughan band, and drummer Robert “Cleve” Pozar; the risk-taking percussionist, who knew the pianist from his days as a University of Michigan student, also appeared on Bold Conceptions and Explosions.

In a 2011 interview with the late percussionist by Hank Shteamer that is included in the Resonance package, Pozar, who worked in James’ avant-garde Ann Arbor unit, recalled, “Bob James, when he was a freshman in college, could wipe anybody out. He was badass.” 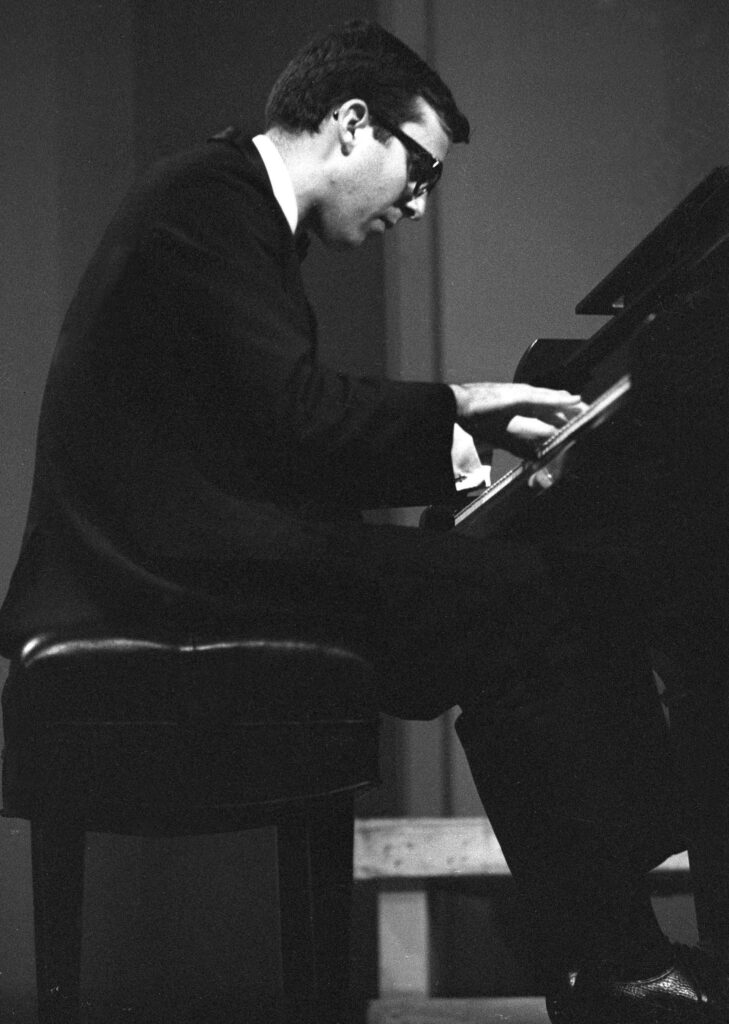 The second session on Once Upon a Time is drawn from a comparatively sedate but no less exciting October 9, 1965, trio date with the rhythm section of Detroit-bred bassist Vishnu (Bill) Wood and drummer Omar Clay, another associate from James’ University of Michigan days. The tracks include probing interpretations of Sonny Rollins’ “Airegin” and Miles Davis’ “Solar.”

In a new interview with Makoto Ozone, the Japanese pianist says of the ’65 recordings, “I was very touched and impressed by the energy; he’s trying to create something new to himself.”

Looking back in an interview with Feldman included in the set, James said, “Listening to these recordings gave me the opportunity to relive what was a very, very pivotal time for me. In the previous years, from around 1961, up until around ’65, I was very involved with the fringe area of the avant-garde world. Not just in the jazz world, but the avant-garde scene in general. I was very curious about it. I had been studying composition at the University of Michigan in the music school. The composers at that time were strongly influenced by John Cage, and Stockhausen and a lot of those people who were exploring the far reaches of what even could be considered music. And I was one of them.”

“I have a profound level of respect for Bob James,” Feldman says in his own remarks in the set, “and Once Upon a Time shows us all why. The pathways by which he has traveled and played are nothing short of awe-inspiring. He has lived within so many different dimensions in music — from funk to R&B, and from straight-ahead instrumental jazz to being the accompanist of the great Sarah Vaughan — it’s difficult to overstate his impact. And yes, he was also a pioneering member of the avant-garde. The recordings on Once Upon a Time unearth another chapter in James’ important legacy.”