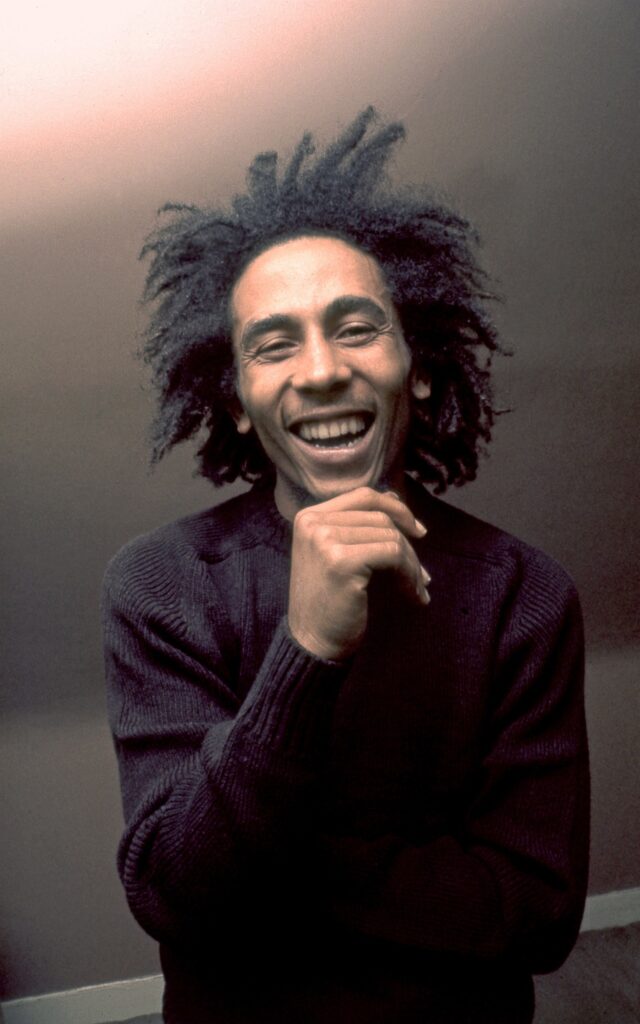 MARLEY75 To Feature Special Releases, Live Performances, Plus Rare And Unreleased Material from the Marley Family Vaults and Private Collection

In honor of Black History Month, now underway, and to mark the beginning of all MARLEY75 celebrations in 2020, the official music video for “Redemption Song” premieres today on Bob Marley’s YouTube channel. Created by French artists Octave Marsal & Theo De Gueltzl, the breathtaking animation, featuring 2747 original drawings, uses powerful symbols to amplify the magnitude of the song’s timeless lyrics and importance in today’s world. The video highlights Bob’s contribution to the empowerment of black civilization, as well as his manifestation of hope and recovery for all mankind.

Inspired by Bob’s homeland of Jamaica, as well as insights received from his family, the artistic approach was to illustrate the imaginary world of Bob Marley in a way that highly stimulates self-reflection. “From the history of Slavery and Jamaica, Rastafarian culture, legacy of prophets (Haile Selassie the 1st, Marcus Garvey, Malcolm X), as well as Bob’s personal life, we take the audience on a journey through allegories and representations,” Marsal and De Gueltzl reveal. The opening sequence invites the viewer into Bob’s guitar, a visual metaphor to Bob’s mind, and our own, in a quest for Redemption. Also, drawing from Rastafarian philosophy, another vital element of the video’s narrative is about valuing nature, our Earth and the Mother Land.

The MARLEY75 celebrations will encompass all things music, fashion, art, photography, technology, sport and film, providing fans unprecedented access to archives from the legendary artist’s estate in new, thoughtful and innovative ways. Together with YouTube, new and exciting content is set to be released over the course of the year.

The inaugural MARLEY75 music festivities kick off this Spring, the first of many celebrations to come. Ziggy Marley and Stephen Marley’s Bob Marley Celebration will headline The BeachLife Festival. This special, collaborative appearance will feature Ziggy Marley and Stephen Marley performing an extensive catalog of Bob Marley tunes in celebration of their father’s 75th birthday at the three-day immersive music, art, and culinary oceanside event.

In this digital era, Bob Marley remains one of the most followed posthumous artists on social media, and MARLEY75 will serve to bring his music and message to the digital foreground, reaching new audiences and perspectives with innovative content and groundbreaking technology. Special live events, exclusive digital content, recordings, exhibitions, plus rare and unearthed treasures will also be revealed throughout the year.

Bob Marley’s music continues to inspire generation upon generation, as his legacy lives on through his message of love, justice and unity, a sentiment needed more than ever in 2020. In conjunction with Tuff Gong and UMe, a division of the Universal Music Group, the Marley family will continue to ensure the highest quality, integrity and care is taken to honor Bob’s legacy and to celebrate one of the 20th century’s most important and influential figures.

Throughout history, no artist has dominated the world of music quite like Bob Marley. A musical, political and spiritual icon of mythical proportions, both poet and prophet, Marley was the first Jamaican artist to give voice to the struggles of his people and the Rastafarian culture, and the first to gain worldwide fame. October 2020 will see the 40th anniversary of Bob Marley’s “Redemption Song.” Released in October 1980 and taken from his ninth album Uprising (Island Records), the song was inspired by a speech from Pan-Africanist Marcus Garvey’s “The Work That Has Been Done” and is considered by many as one of the greatest songs ever written in popular culture. In a time when political unrest and oppression feels more prevalent than ever, “Redemption Song” maintains a poignancy and power and acts as a long-standing testament to Bob Marley’s brilliance and voice for the people. Bob Marley’s music catalog has amassed billions of streams and sold millions of albums worldwide, while his hits compilation, Legend, remains the world’s best-selling reggae album and longest-charting album in the history of Billboard’s Catalog Albums chart.

Additional information on MARLEY75 events will be revealed soon.