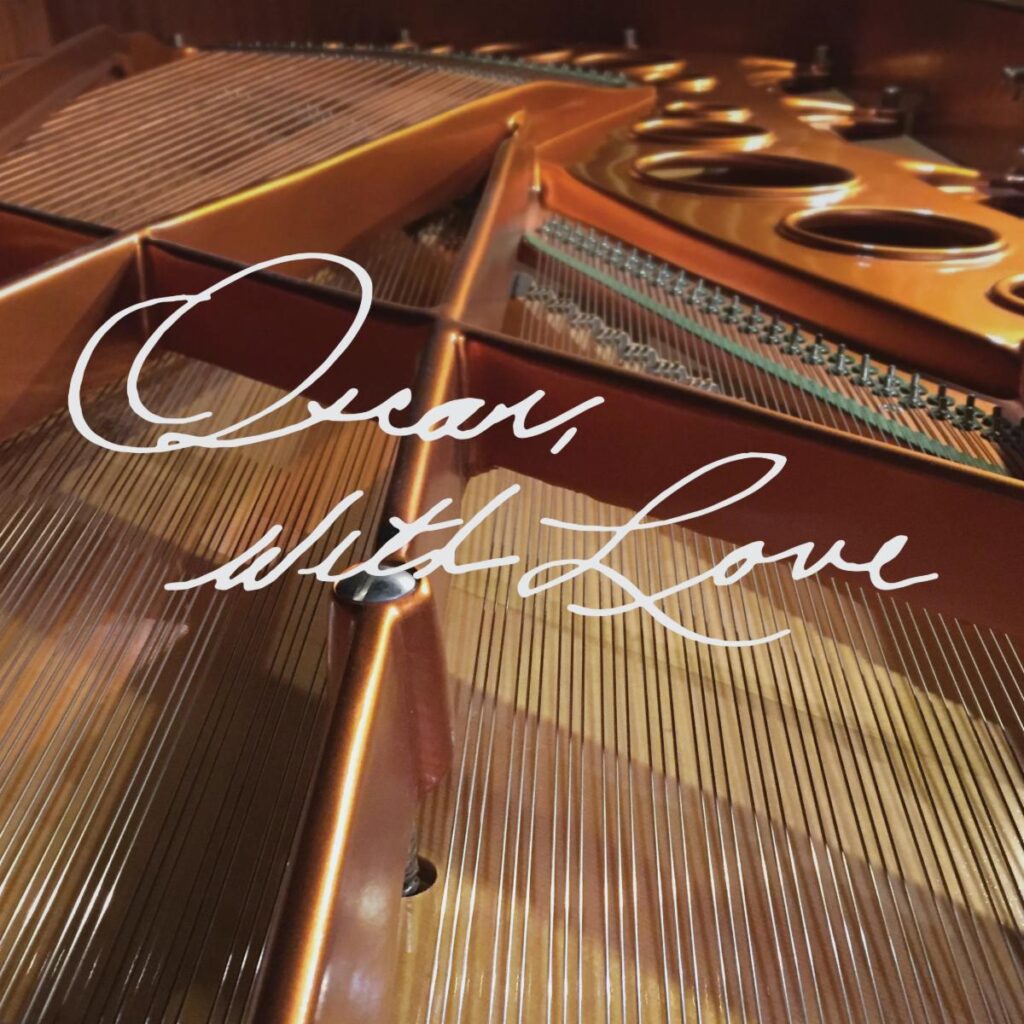 In 2015, a special 3-CD set, Oscar, With Love, was released to observe the 90th birthday of jazz piano legend Oscar Peterson (1925-2007). To honor her late husband, Kelly Peterson assembled some of the most celebrated jazz artists in the world to perform and record on the luminary’s prized personal piano, then released the recordings as a deluxe collector’s edition shortly before the 10-year anniversary of the celebrated pianist’s passing. Now, a deluxe limited edition 5-LP 180-gram box set, re-sequenced for vinyl, is slated to be released on February 21 in a two-piece box with a 40-page booklet.

Oscar, With Love not only features compositions previously unreleased by Peterson, but all are performed in Peterson’s home studio on his Bösendorfer Imperial piano. Never has there been such a recording, various artists performing on the personal instrument of a jazz legend. “Oscar cherished his piano,” said Kelly Peterson, executive producer of the new recording. “It is one of the finest and most unusual instruments in the world. Oscar handpicked it at the Bösendorfer factory in Vienna in 1981. It has never been heard publicly.” Tremendous care was taken to fully capture the outstanding performances of these great artists and the magnificent sound of Peterson’s Bösendorfer Imperial.

The set showcases Oscar Peterson as a composer and includes the world premiere of several pieces he wrote but never recorded; the compositions were retrieved from Peterson’s library for the project. Most of the music on the recording was written by Peterson, or for him by some of his closest musical friends. It is these friends and colleagues who performed on the recording. Together, these musicians have won 30+ Grammy® Awards, Latin Grammys, Oscars, Golden Globes, British Academy of Film and Television Arts (BAFTA), and several Juno awards.

Other notable contributors include pianist and vocalist Audrey Morris and pianist/producer and good friend Lance Anderson. Morris, a long-time close friend of Peterson’s, has been a renowned member of the Chicago music community for sixty-plus years. Anderson’s performance of the blues tune written for him by Peterson is among the compositions premiered on the recording.

Peterson was known for his encouragement and support of young, gifted players. Oscar, With Love has continued this tradition by showcasing some exceptional young players — Gerald Clayton, Hiromi, Justin Kauflin, and Robi Botos.

Although primarily a solo piano recording, some performances are accompanied by Peterson’s long-time associate and friend, bassist Dave Young.

“All of the artists and contributors travelled to Oscar’s home studio to be part of the project,” said Kelly Peterson. “I was overwhelmed by their respect for Oscar. Each of them expressed how humbled and honored they were to be present on ‘hallowed ground’ in Oscar’s studio.”

As executive producer of this unique project, Kelly Peterson explained her intent is to honor not only her late husband’s legacy, but also the legacy of his dearest friend, manager, impresario, and record producer, Norman Granz. Oscar, With Love was originally released on her own label, Two Lions Records, in honor of these two jazz giants.