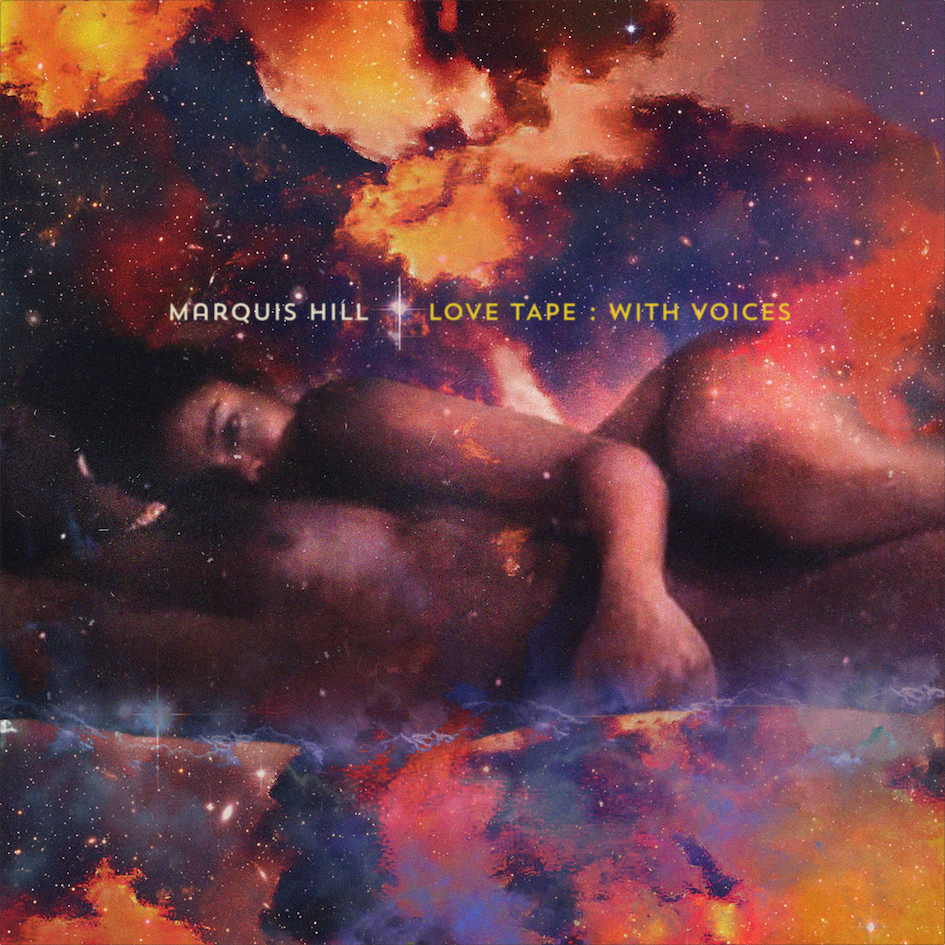 Trumpeter Marquis Hill Releases Next Iteration of
Meditative Reflection of Self-Love on
Love Tape: With Voices

Over the course of eight releases, Chicago trumpeter/composer Marquis Hill has established a distinct sound, thoroughly his own, fusing elements of jazz, hip hop, funk, soul, and R&B. The latest culmination of this musical erudition was the 2019 release Love Tape: a groove-centered studio album culling excerpts from black women’s interviews (including Eartha Kitt, Phylicia Rashad, and Abbey Lincoln, among others) with pianist/keyboardist Michael King, bassist Junius Paul, and drummer Marcus Gilmore laying the foundation.

Hill is now releasing the follow up – Love Tape: With Voices. With the theme of self-love amongst ambient layered sounds and a soul jazz vibe, Hill recruits renowned vocalists to call attention to the ever-present need for everyone’s journey to self-love. Chris Turner, Phoelix, Alex Isley, Christie Dashiell, Kate K-S, and Kaycee Shakur all pour their hearts into this ten-track release.

“The concept behind Love Tape: With Voices is very similar to an EP I released called Meditation Tape,” explains Hill. “I produce the original version of both projects completely instrumental and follow that up with an extended version that incorporates vocals, spoken word and emcees. The music and melodies I have been writing and producing lately works well in an instrumental setting but I’m also at a stage in my career where I’m naturally hearing lyrics and vocals on top of the melodies I play. My ultimate goal as an instrumentalist is to mimic the human voice”

Marquis Hill funnels love and positive energy into this meditative blend of infectious groove and subdued tone. Love Tape: With Voices focuses on one key aspect of the many conditions that fall under the umbrella of love.

“Self-love is one of the main topics discussed throughout the project. Knowing and loving oneself is the only way to truly love another being. We live in a climate where most of the music we hear on the radio emphasis’s romantic relationships and over-sexualized themes,” he says. “I wanted to use this project to create something that deals with something real, the power of self-love.”