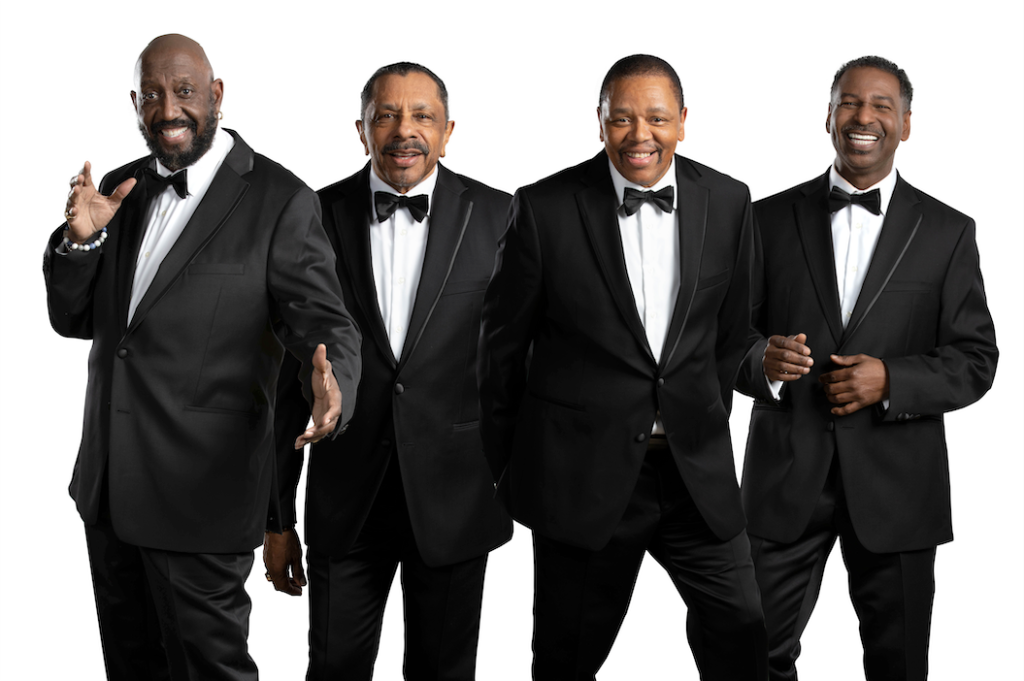 The Temptations’ story is an epic journey of courage, struggle, triumphs, setbacks, and ultimately, international superstardom. The genesis and magnitude of their greatness is one of the most extraordinary stories of the 20th and 21st Centuries. Billboard Magazine in 2017 called them the “#1 R&B/Hip-Hop Artists of All Time,” and in November of 2019 the magazine named them one of the 125 “Greatest of All Time Artists” in music. In 2020, they celebrate their 60th anniversary. Revisit some of their greatest hits here: https://ume.lnk.to/Temptations60PR

Here’s a brief retrospective of their legendary history and distinguished contributions over the past sixty years. Looking through a rear-view lens, what follows is a celebration of the Temptations’ artistry, legacy, and revered music that will live on for all eternity.

From their origins in Detroit, Michigan six decades ago, to countries around the globe, from concert stages worldwide, to one of the greatest stages on earth – Broadway – the Temptations’ journey covers not only their personal history but the history of America, as well.

The group’s coming of age, and musical development happens at a volatile time in the country’s history. The 1960s are challenging times. The nation is suffering from the loss of its president, the civil rights and feminist movements are in full swing, and the marches for equality and the freedom to vote are unraveling the thin threads holding the country together. The Temptations and other African American artists stare down racism and discrimination on bus tours throughout the South during these turbulent times of civil unrest. Amid the intense racial tensions at home and a raging war in Vietnam, the cultural upheaval gives birth to the Temptations’ own political consciousness, which finds its way into their music by the decades’ end.

It is the power of music, here and abroad, by artists, including the Temptations, that help raise the spirit of the country and uplift a nation desperately searching for common bonds and a glimmer of hope and humanity. Songs, like “My Girl,” “Get Ready,” “Ain’t Too Proud to Beg,” “Beauty Is Only Skin Deep,” “I Wish It Would Rain,” and other favorites, many of which are considered American classics today, bring people together in ways previously unimagined.

Widely-known as a “National Treasure” and entertainment superstars, the Temptations will mark their 60th Anniversary in 2020 and there is heightened excitement as the group plans an international tour, including shows in Britain in late October of 2020.
Otis Williams, the sole surviving original Temptation, Ron Tyson, a lead vocalist with the group for 37 years, Terry Weeks, a lead vocalist for 23 years, and Willie Greene, Jr., bass vocalist with the group for four years, are still serenading fans with their soulful voices, lighting up stages with their famous Temptations’ Walk, and bringing joy to audiences of all ages.

Looking ahead to Christmas 2021, the Broadway Musical, “Ain’t Too Proud” will go back to the Kennedy Center in Washington, D.C., where it ran in previews.