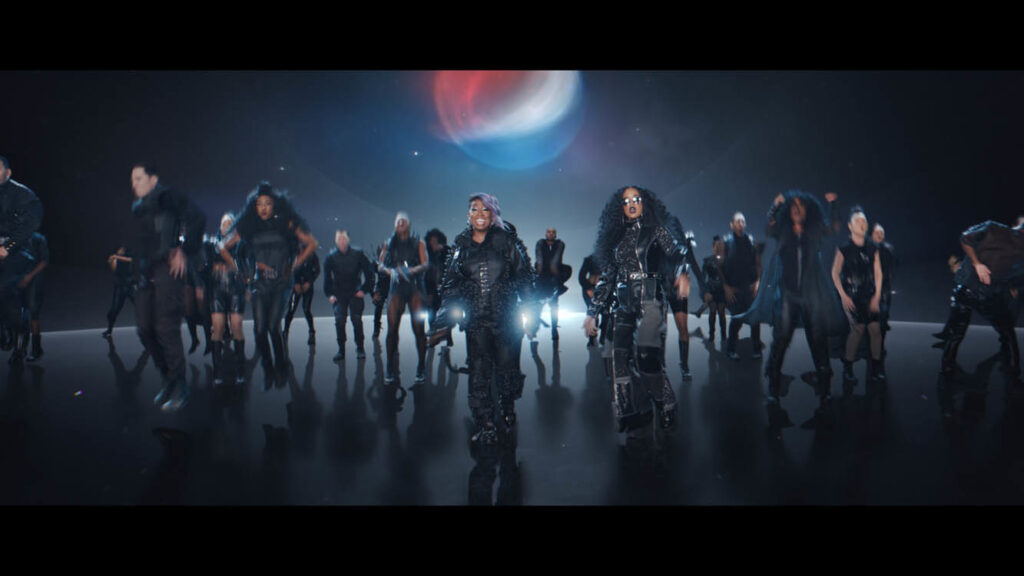 “I’ve been following H.E.R.’s career closely; her talent is undeniable,” said Missy Elliott. “When the opportunity came up, to not just work together but collaborate and create something all our own, we had to make it happen. I called up Timbaland and Sean Bankhead, I got the best of the best to make sure we brought the noise and did Pepsi Zero Sugar right.”

“Everything about this experience – from the music, to the shoot, to the collaboration with an icon like Missy – it was really special,” said H.E.R. “Pepsi gave us the creative liberty and platform to create this song and the video, it’s an honor and I think people will appreciate how real we tried to be with the final product.”

“I See a Red Door and I Want it Painted Black”

In a bold challenger move, “Zero Sugar. Done Right.,” starts with H.E.R. holding a red can that transforms into matte-black Pepsi Zero Sugar as she sings “I see a red door, and I want it painted black.” From there, H.E.R. breaks away from the conventional red world, joining Missy in the Pepsi Zero Sugar world – an energetic place of bold, unapologetic fun.

The commercial itself is a mass scale visual tour de force featuring choreography by Sean Bankhead and is inspired by Missy Elliott music videos and past iconic, music-video style Pepsi ads with some of music’s biggest stars. It can be viewed here.

“Working with Missy Elliott is always an honor – few artists understand the power of dance like she does,” said Sean Bankhead, lead choreographer. “To be brought in on a project of this scale and be given the creative license to bring the idea of a Pepsi Zero Sugar world to life is epic. We did something special with this one, and I think fans all over the world are going to love this spot when they see it Super Bowl Sunday.”