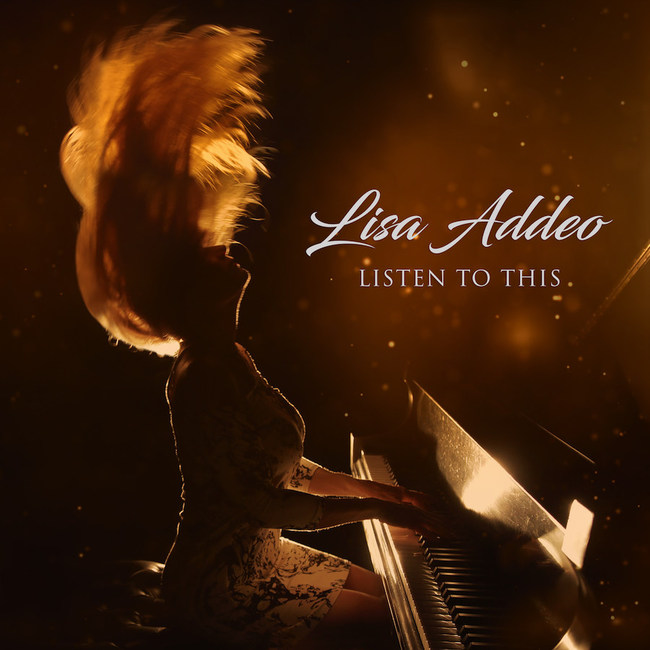 The Title Track from the Fast-Emerging Keyboardist/Composer’s Latest Album Is the First New Title to Reach #1 on the Billboard Smooth Jazz Chart in 2020.

“Listen To This” has become the most played song in Smooth Jazz, with over 100 radio stations catapulting it to the top of the charts!

Written by Addeo and fellow #1 Billboard charting artist/guitarist Nils, the infectious, boldly funky and brassy song from her latest album, released in September on her own label, Little Black Dress Records, features the artist on piano and Fender Rhodes with Nils on guitar.

“It’s every artist’s dream to reach #1 on Billboard,” Addeo says. “To have this happen with my very first chart entry is a dream come true. I’m absolutely thrilled. I’m so grateful to be embraced by the amazing Smooth Jazz community, and I’m eager to get out and play for my audiences.”

Produced by Nils, with special guest appearances by saxophonists Steve Cole and Jeff Ryan, #1 Billboard charting artist/guitarist Adam Hawley and trumpeter Johnny Britt, Listen To This is an expansive 15-track showcase for Addeo’s wide range of talents, with 10 original instrumental songs, vocal versions of four of those tracks and her vocal composition, “Her Intuition.”

Based in Miami Beach, Lisa is relatively new to the Smooth Jazz realm but is a veteran recording artist and performer, with seven previous albums in a multitude of genres to her credit. Eleven tracks from her 1997 debut album, the Frank Sinatra tribute In a Heartbeat, are heard regularly on SiriusXM’s Siriusly Sinatra channel, and selections from her seasonal collections Spirit of the Holidays and her most recent holiday release Comfort & Joy receive airplay on the satellite platform’s Holiday Traditions channel. Her discography includes a live concert album (Live at the Kerr), several solo piano albums and the meditational, chill recording, Whispering Souls.

“Everybody’s enthusiasm for ‘Listen to This’ is icing on an already beautiful cake – which is the opportunity to share my music across America and around the world,” Addeo says.