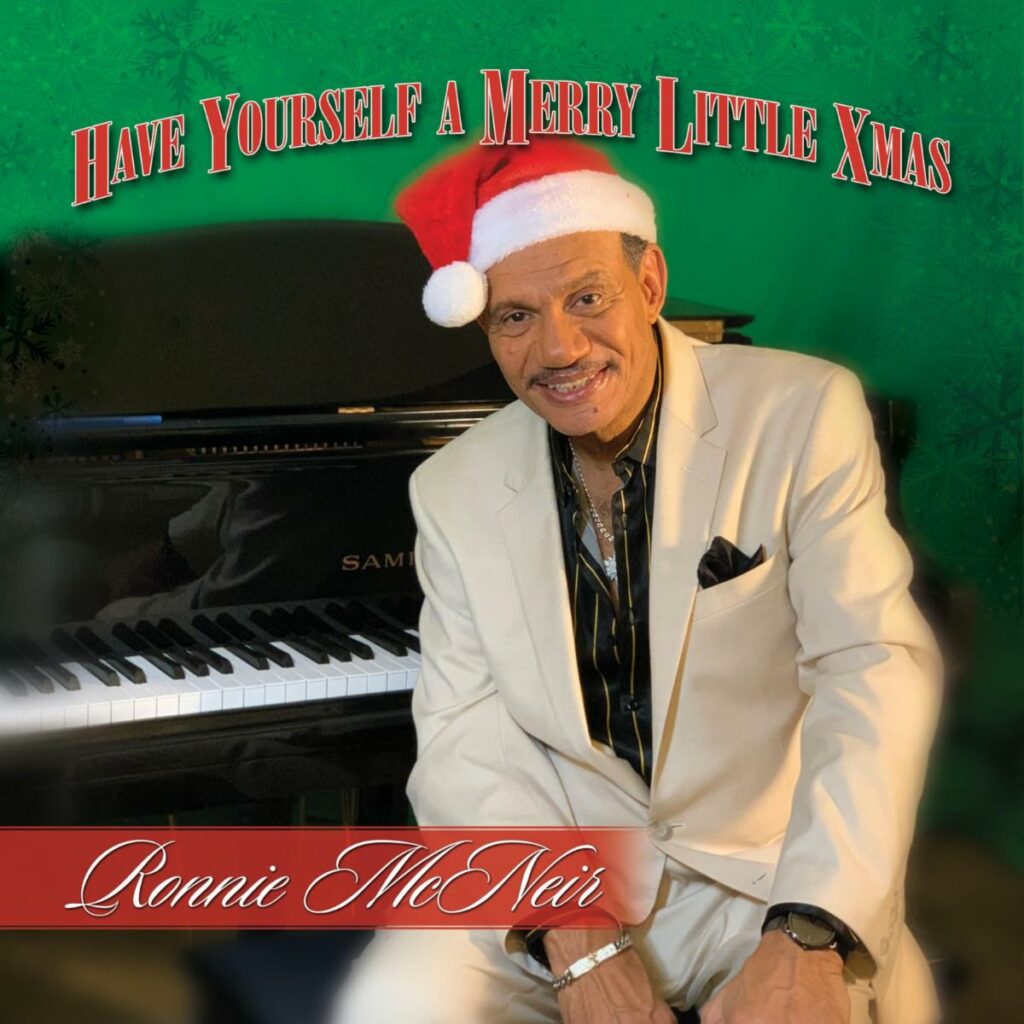 Lewis Ronald McNeir alias Ronnie McNeir born in Camden, Alabama at 6 months old father and mother took him north where he was raised in Pontiac, Michigan, at a time when Motown and Golden World Records dominated the Detroit area soul scene. A gifted pianist with a smooth and versatile tenor, McNeir jumped onto the scene when he signed with De-to Records and recorded “Sitting in My Classroom,” which has since gained cult status with true soul connoisseurs, commanding hundreds of dollars even today. After a few more years on the vibrant Detroit soul scene, McNeir set his sights on Los Angeles. His reputation as a multitalented musician preceded him, landing him a gig as Motown legend Kim Weston’s musical director. He earned the respect of many Motown alumni, including Stevie Wonder’s mentor and songwriter, Clarence Paul, and original Four Top Renaldo “Obie” Benson.

Through his position, McNeir became known around town as an emerging young talent. RCA Records took notice and signed the young musicians, where he began forging his own signature sound. McNeir sound involved blending romantic tales of love and loss with lush synth instrumentation and subtle funky grooves. He released three albums, including the underrated Motown classic “Love Comin’ Down,” in the 1970’s, all of which are held in high regard by soul connoisseurs. He also took the time to collaborate with his contemporaries, including Smokey Robinson. The two singer-songwriters wrote together on the “Big Time” movie soundtrack with McNeir also playing keyboards and providing background vocals for Robinson. Ronnie remembers if my father had never brought my mom a new piano, “I would have never been in the music business he plays in church and they made me take lessons ‘Thank God'”

Professional recognition came in 1981 when he was nominated for a Grammy in the Gospel Music category with Memphis gospel producer, Rance Allen. While McNeir didn’t take home the hardware, his reputation as a brilliant producer grew. In 1984, “The Ronnie McNeir Experience” album entered the Billboard charts and featured the hit single “Come Be with Me.” It was around this time Ronnie also produced one of the greatest steppers’ grooves ever. Carrie Lucus’ 1985 hit remake of “Hello Stranger.” The recording is one of the soothing vocals are perfectly buoyed by a smooth synth track. The brilliantly produced track features the Whispers and a distinctive groove.

Ronnie later joined Motown Records and released on LP Loves Coming Down, Ronnie McNeir. After leaving Motown Ronnie started his label, Setting Sun Record and released, “Wendy Is Gone.” The single was picked up by the Prodigal Label and enjoyed nation distribution and hit status.

In 1985 Ronnie performed with the late Teena Marie on the nationally syndicated TV show Soul Train. Their duet, “We’ve Got to Stop Meeting like This,” was featured on Teena Marie’s “Star Child” LP. Several unleased records, previously stored in the vault and written and produced by Ronnie, have been release on the Teena Marie, “Rare Tee”, CD. Ronnie’s performance on Soul Train with the legendary songbird was not his first. In debut appearance on Soul Train Ronnie sang the hit single, “I’m Your Lover.” The single continues to be a favorite and classic among Ronnie McNeir Northern Soul fans, around the world.

In 1997, Ronnie released “Down in the Neighborhood.” “Neighborhood” is a slick concept album with a jazz funk and R&B groove which explores gritty tales of life in the heart of urban America. The album tastefully blends the best elements of classic soul, smooth R&B and contemporary hip-hop sounds.

In 2001 Ronnie received the great honor of being called upon to leave his role as substitute keyboardist for the Motown legendary Four Tops, to become a singer with the famous group. Stepping in for the late great, Levi Stubbs, who was suffering from a health crisis at the time, Ronnie McNeir became a permanent member of the group after Stubbs retired the following year then Theo Peoples moved up to Lead Singer. A very poignant moment in the Top’s show finds Ronnie singing lead on, “Just Ask the Lonely.” He dedicates “Lonely” to the original Four Top members, Levi Stubbs, Lawrence Payton and his big brother Renaldo “Obie” Benson. Ronnie has also penned several songs for the Four Tops including two tracks co-written with Renaldo “Obie” Benson for the groups, “Christmas Here with You” album. “Xmas Delight “Merry Xmas to You” The current Tops lineup also includes original legendary Four Top, Abdul “Duke” Fakir, Roquel Payton (son of original member Lawrence Payton) and newest member, Alex Morris. Ronnie and his fellow band mates perform to loyal audiences throughout the U.S., Europe, Australia and Asia.

In spite of his hectic touring schedule with the Tops, Ronnie continues to collaborate with other great talents and up and coming artist. In 2007 he released “Ronnie Mac & Company,” which features collaborations with Kirk Whalum, Kathy Lamar and former Four Top and Temptations lead singer, Theo Peoples. Currently, McNeir is developing artists for his Sunset Island label while balancing his career with the Four Tops. His solo CD Release, “Living My Life”, is generating positive buzz and destined to be, “Hit Bound!” With songs “Tell Me You’re Not Feeling Me” and “Forever My Love.”

Ronnie’s longevity on the music scene and his impressive credentials have earned him great respect among his peers. He is cited as one of the underrated pioneers in synth instrumentation and one of the most versatile musicians in R&B. Over the course of Ronnie’s 40- year career in music, he has amassed a musical resume that reads like a who’s who of soul music. Throughout his career Ronnie has worked with numerous musical legends, including Bobby Womack, Johnny Taylor, Little Milton, David Ruffin, Eddie Kendricks, Smokey Robinson, Renee & Angela Winbush, Teena Marie, Dramatics, Ike & Tina Turner and Kirk Whalum.

Ronnie McNeir’s stellar credentials have not made him a super star but when asked about his lack of super star status, Ronnie laughs. “I have no regrets”, he’s say’s, “I have been very blessed making a living at doing what I love for many years. I’m a member of one of the most legendary musical groups in history and I’m having the best time of my life. I may not be a superstar, and that’s okay…but, I’m a very happy blessed man!”

Ronnie is presently in a co-production deal with Salathial/Blue River Record Co. out of Detroit, Michigan and as McNeir says, “Plenty of Hits are on the way.”