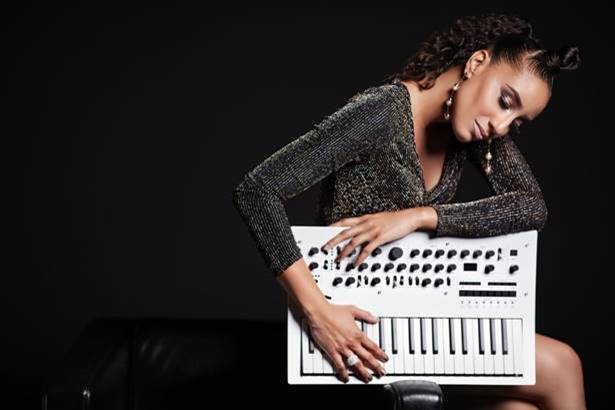 “Full Bloom” appears on Waters’ sophomore album, “Coevolve,” issued last year by Trippin ‘N’ Rhythm Records. The album is a conceptual collection of songs loosely mirroring Waters’ own growth and development – musically, personally and spiritually. On “Full Bloom,” she uses the metaphor of a plant to tell the story of its evolution from seedling to flourishing flora. Writing with Michael Broening, who crafted the rhythm track, Waters’ lush piano melodies are permeated with fervent joy and exuberance just like the artist herself. Midtrack, guitarist and labelmate Nick Colionne adds an electric guitar solo like a nourishing ray of sunshine.

“Full Bloom’s” chart coronation concludes another year of significant growth for Waters, a classically trained pianist and a Howard University music school graduate. She spent half her weekends in 2019 on the road performing at marquee music festivals, theaters and clubs. Highlights include her debuts at Boscov’s Berks Jazz Festival, Seabreeze Jazz Festival, Newport Beach Jazz Festival, Rehoboth Beach Jazz Festival and the Algarve Jazz Festival, the last of which marked her European premiere. Waters’ 2020 concert calendar is already booking up with dates into September. Next month, she hits the high seas for the first time to perform aboard the Capital Jazz SuperCruise and in June, she will make her first appearance at the Napa Valley Jazz Getaway.

Waters introduced herself with self-confidence in 2017 with “I Am,” the first single from her debut album, “Apogee.” The single became her first Billboard No. 1 hit. The imaginative set earned her the Rising Star in Jazz award from the Black Women in Jazz and the Arts and Best Jazz Artist honors at DC’s Wammies. A year later, Waters scored her second consecutive No. 1 single with “Zephyr” from “Coevolve.”

Still in her 20s, Waters’ artistic vision, creativity, old-soul depth and sophisticated sonic palette that incorporates improvisational jazz, R&B grooves and inspired gospel tones have made her a welcome addition to the contemporary jazz scene. Add to it Waters’ ambition, attention to detail, alluring beauty, charismatic charm, devotional nature and fashion-model style, she represents a brand with the true potential to transcend far beyond music. Her plans for 2020 include releasing her third album in the fall and opening her PuriKey Productions to writing and producing music for other recording artists.