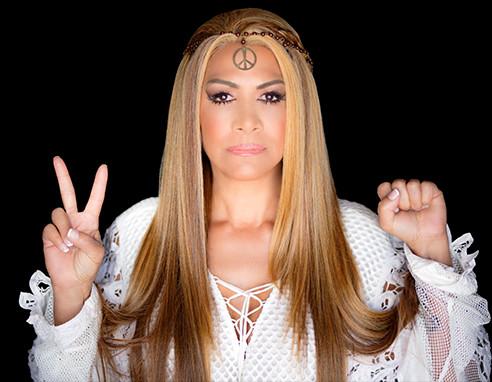 Sheila E. Busks On The Streets Of Pittsburgh to Raise Funds for Women’s Health Research at Magee-Womens Research Institute while Headlining the Women who Rock Benefit Rock Concert

PITTSBURGH, Nov. 21, 2019 /PRNewswire/ — The legendary “Queen of Percussion” Sheila E. will be featured in the upcoming Spare Change video series. In May, Sheila took to the streets of Pittsburgh while headlining the Women who Rock Benefit Concert, to raise awareness for women’s rights and raise funds for women’s health research benefiting Magee-Womens Research Institute (MWRI). Based in Pittsburgh, MWRI is the nation’s largest research institute dedicated solely to women’s health and reproductive biology.

One of the most talented percussionist/drummers and performers in the world, Sheila E. has performed and/or recorded with Prince, George Duke, Herbie Hancock, Billy Cobham, Marvin Gaye, Diana Ross, Lionel Richie, Gloria Estefan, Patti LaBelle, and Steve Nicks among others. In recent years, Sheila E. has served as drummer of Ringo Starr’s All Star Band and musical director for the likes of Jennifer Lopez and Beyonce’ Knowles. Her producing, arranging, and performance talents have been showcased on the Latin Grammy Awards, Summer Olympics, WOW Awards, ALMA’s, The Image Awards and the Academy Awards. Sheila was nominated for an Emmy Award for “Outstanding Music Direction” in recognition for her leadership as musical director for President Obama’s Performance at The White House: Fiesta Latina.

Spare Change is an award-winning video series and Musician Impact Network: a community of musicians who are empowering their audiences to raise awareness and funds for their favorite nonprofits. Founded in Pittsburgh in 2017, Spare Change began as a video series where musicians would busk for their favorite causes. Since that time, Spare Change has raised thousands of dollars for more than 10 charities by forming and supporting partnerships with musicians. At their shows, artists invite the audience to pass around a Spare Change bucket or donate online to contribute to the cause of their choice. Spare Change tracks and promotes these partnerships and the impact created over time. In 2018, Spare Change was selected as a winner of HGTV’s Chip and Joanna Gaines Chipstarter contest, awarding $25,000 to further grow their impact.

Sheila E. headlined the 2019 Women who Rock Benefit Concert at Stage AE in Pittsburgh, which raised over $100,000 for women’s health research, benefiting MWRI. A night all about empowering women, Women who Rock has grown by over 300% YOY and features an all female-fronted music lineup. Spare Change captured all of the magic at Women who Rock and Sheila E. passing around the Spare Change donation bucket during her live performance, which generated over $700 in donations in the span of her one song.

MWRI is the largest research institute in the U.S. devoted exclusively to women’s health research and reproductive biology. MWRI is making discoveries and advancing knowledge in many areas affecting women including: reproductive biology, breast cancer genomics and personalized therapies, HIV immunization and prevention, fertility preservation, and is a recognized leader in clinical pelvic floor research