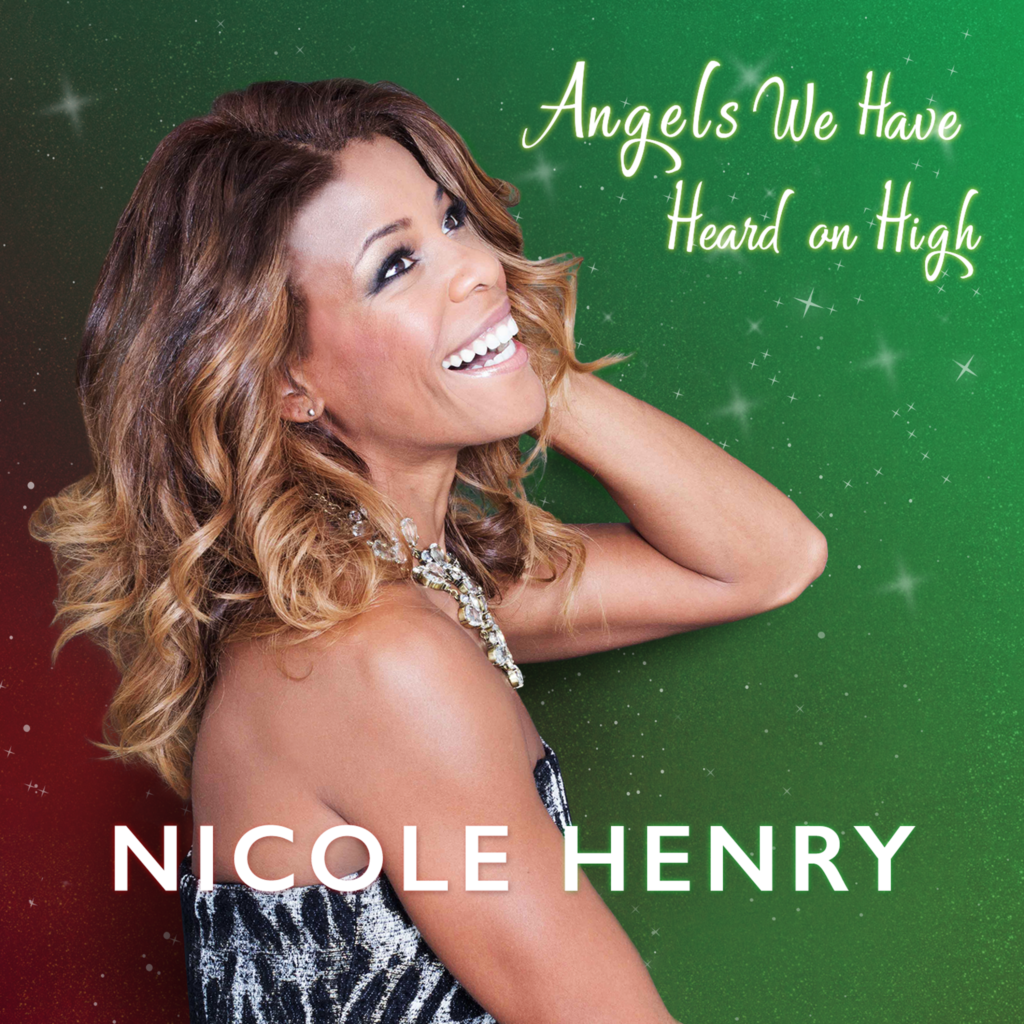 OCTOBER 29, 2019- On Friday, November 8, 2019, jazz/soul vocalist Nicole Henry will release her first ever holiday single, Angels We Have Heard on High on Banister Records. Appropriately reverent, and always uplifting, this track brings out the joy and amazement one would associate with witnessing the Christmas miracle. Recorded in Miami with the quartet with which Ms. Henry has performed and toured for over six years, this single will be the first in a series of four that are a part of her ‘Inspiring Action Through Song’ campaign of which the sole intent is to encourage listeners to consider performing acts of kindness and community.

In line with the meaning of ‘Angels We Have Heard on High,’ Ms. Henry’s request for “Action” is, “I would ask when anyone hears this song that they would proclaim, like angels did, about the ‘glorious’ things we see. Too often we let everyday miracles go unrecognized or we let kind words left unspoken. I think if we would give a little more light to the good things, we will go further as a human race. Sharing gratitude or acknowledging beautiful happenings do not cost a thing…”

Matching this good intent and Nicole Henry’s sweet yet powerful vocals are instrumentalists and vocalists: Pete Wallace (piano); Eric England (bass); David Chiverton (drums); Aaron Lebos (guitar); Richard Bravo (percussion) and Leesa Richards (background vocals). This timeless traditional hymn has been transformed into a rousing anthem by the repetitive percussion, and the drone of the acoustic bass punctuates the somewhat tribal offering. The background gospel vocals call heightened recognition to the heavenly presence of the angels.

The single will be available for download and streaming on all digital platforms. The second release of the four-song campaign is due February 2020.

Starting in 2001 as a full-time entertainer, Henry’s performances in Miami Beach earned her “Best Solo Musician 2002” by the Miami New Times. Her passionate, expressive voice has since established her as one of the most acclaimed jazz vocalists. Since 2004, her six international CD releases have placed her on three TOP-10 jazz charts (US Billboard and HMV Japan); on four U.S. TOP-20 Jazz Week, CMJ and Smooth Jazz Radio charts; and garnered a 2013 Soul Train Award for “Best Traditional Jazz Performance.” Now splitting her time between Miami Beach and New York City, Henry has headlined stages in 20 countries; recorded with musical greats such as Kirk Whalum, Julian Lage, Gerald Clayton and Gil Goldstein; performed with the Duke Ellington Orchestra, Henry Mancini Institute Orchestra, and Michael Feinstein; and been reviewed by The New York Times, Wall Street Journal, El Pais, Essence, The Japan Times, Jazz Times and more.