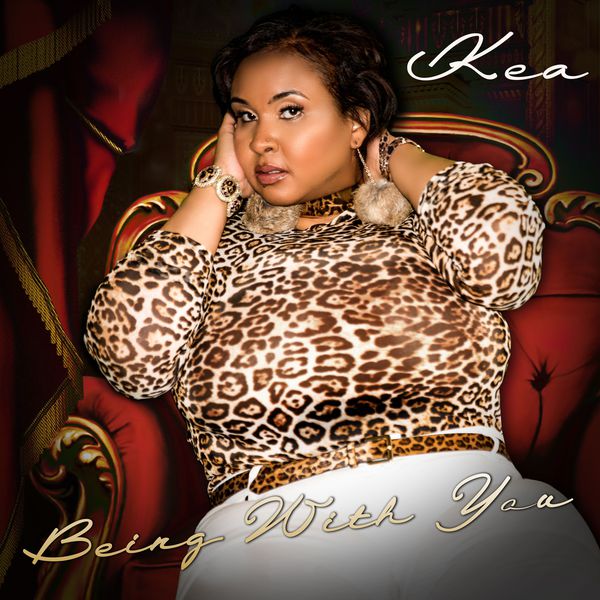 (November 11, 2019 – Pittsburgh, PA) – Singer KEA put the world on notice as a singer/songwriter with her psychologically penetrating original songs “I Love You” and “Not My Friend.” Now for her winter follow-up single, KEA showcases her unique interpretive skills with a haunting rendition of Motown legend William “Smokey” Robinson’s winter of 1980 classic, “Being With You.”

KEA and producer Gerald “Butter” Glanville (Lalah Hathaway, Take 6) have taken a unique women’s point of view stance in the musical arrangement and lyrical approach of “Being With You.” Where Robinson’s rendition took a deceptively breezy musical approach to a lyric about a man desperate to keep a lover he fears is losing interest, KEA – as has become her signature – digs into the darker psychological workings in the words, crooning over an arrangement more akin to Luther Ingram’s “(If Loving You is Wrong) I Don’t Want To Be Right” than Smokey’s sly confectionary Soul-Pop. Unravelling in shades of aquatic nocturne, KEA’s take on the Motown gem is worthy of modern film noir (featuring alto saxophone solos by James Casey of J. Cole and Meghan Trainor fame).

KEA’s approach to “Being With You” came honestly out of a real-life situation. “I chose to cover this song because the lyrics are reminiscent of time I spent in the past with a much older man, and the concern we felt about how to disclose our relationship to family and friends,” KEA confesses. “Butter and I had been communicating about cover songs that were distinct from the originals such as what Earth, Wind & Fire did with the Beatles’ ‘Got to Get You into My Life” and D’Angelo with Smokey’s ‘Cruisin’. Wanting to make ‘Being With You’ my own, I sent Butter my draft. What he returned left me speechless…took me back to when Neo Soul was at its height. In that moment I felt such admiration for my culture. Like, ‘Now this is some Blackness right here!’”

Reflecting on her long abiding appreciation for the work of Mr. Robinson, KEA continues, “From a young age after hearing him sing ‘Ooo Baby Baby’ with The Miracles, Smokey has been one of my biggest influences. I had never heard vocals as smooth, rich and airy… I would find myself up late in the evenings listening to a slow jams radio program just to hear its theme song: Smokey’s ‘Quiet Storm.’ I was captivated by the sensual allure of his sound… Smokey’s signature falsetto taught me how to use my upper register or ‘head voice.’ I’ve been performing Smokey’s songs for over a decade. What I appreciate most about ‘Being With You’ and so many other of Smokey’s classics is that, unlike most songs that are genre-specific, his songs possess a strong mass appeal.”

KEA (Kea Michaels) has been teasing up to the release of her forthcoming EP, Relationships, with a series of unforgettable singles. Her cover of Smokey Robinson’s “Being With You” is a fascinating study of a classic soul gemstone.