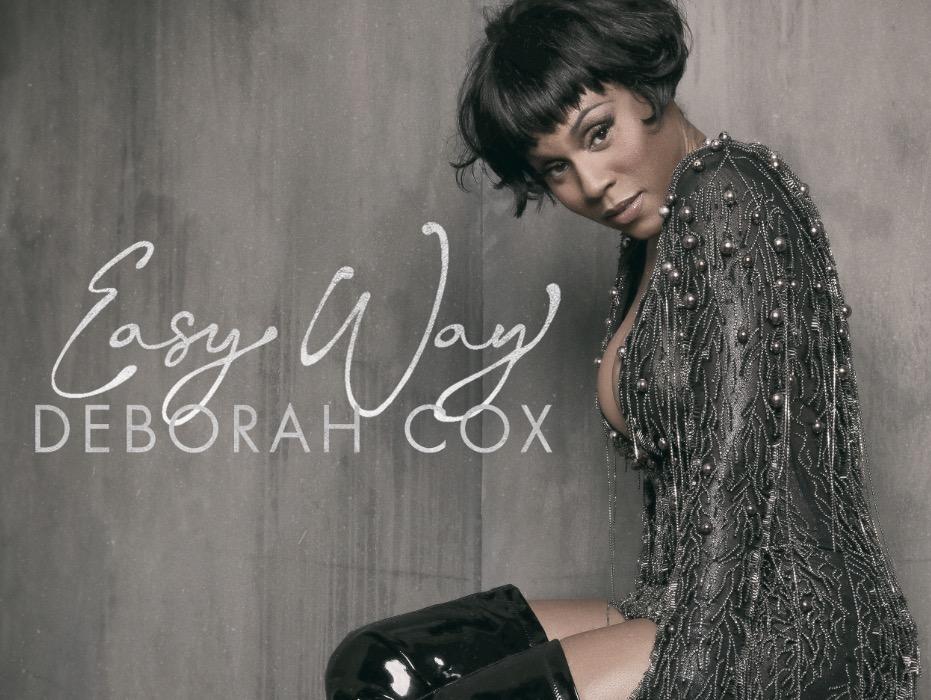 (New York, NY – November 6, 2019) – GRAMMY-nominated recording artist Deborah Cox hits an emotional core and the charts with the new R&B single, “Easy Way.” The triple-threat artist returns with an impressive debut at No. 2 on TIDAL’s streaming chart, and the single is catching fire among fans, digital and streaming sites including Apple, Spotify, and Pandora, among others. “Easy Way” is written by hit-maker Rico Love, and produced by Rico and DTown. Rico production credits include Usher, Beyoncé, Diddy, Chris Brown, Keri Hilson, Fergie, and Fantasia.

While working on her seventh album recording, scheduled for release in 2020, Cox is overwhelmed with the response she has received on the new single. “My purpose has always been to speak about commitment and unconditional love,” she explains. “My mission is not to define it but rather to help one understand that self-love is where the journey begins. I don’t think people consider that. I find that people fantasize about love but don’t understand that if you want something to work, you have to fight for it, and you have to fight for it daily. I believe that’s why ‘Easy Way’ resonates with so many people.”

Rico Love draws inspiration about working with Cox on his new single from a quote he references by prolific writer E.M. Forster, “To make us feel small in the right way is a function of art, people can only make us feel small in the wrong way,” which succinctly sums up his collaboration with Cox. “I experience feeling small in the most amazing way while working with my dear friend, Deborah Cox,” says Rico. “I am fortunate that another one of my dreams came true. To have her trust me to be the practitioner of this art has blessed me to my core.”

From R&B to Pop to Jazz, the “Nobody’s Supposed To Be Here” songstress has released six career albums, including her debut album, Deborah Cox, followed by One Wish, The Morning After, Remixed, Destination Moon, and The Promise. With an impressive career in entertainment, Deborah not only scaled the music charts with six top 20 Billboard magazine R&B singles and an impressive 13 No. 1 hits on Billboard’s Hot Dance Club Play chart, but she has also carved out her place within the worlds of Broadway, television, film, and fashion.

Last seen as Rachel Marron in the national sold-out tour, The Bodyguard: The Musical, Cox has continued her work on screen and stage in a number of key roles including the voice of Whitney Houston in Lifetime’s biopic Whitney, directed by Angela Bassett; and her starring role in the Asolo Repertory Theatre musical production Josephine, among others.

The Canadian-born star continues her longstanding commitment to various social issues in the LGBTQ community and has been the recipient of numerous awards and honors including the Out Music Pillar Award and the Harvey Milk Foundation recognized her at the Diversity Honors ceremony for her efforts in the fight against HIV/AIDS in the LGBTQ community.