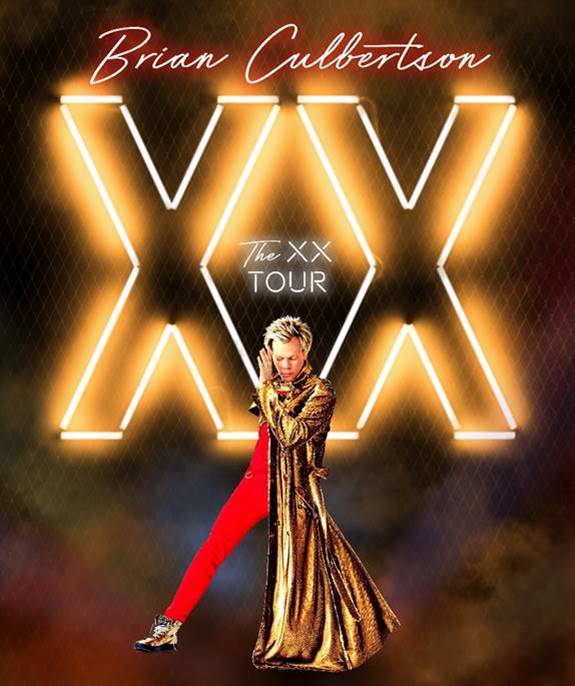 Tickets go on sale next week for the three-month US concert trek that begins April 1.

CHICAGO (7 November 2019): As chart-topping multi-instrumentalist, songwriter and producer Brian Culbertson crafts his 20th album, the aptly titled “XX” – Roman numerals representing twenty – he revealed plans for the extensive US concert tour that will support the record release. Beginning April 1 in Louisville, Kentucky, Culbertson will take an elaborately designed concert production, The XX Tour, on the road for three consecutive months, playing more than 70 shows, an extremely rare feat for a contemporary jazz artist.

“It’s a mix of things that I’ve done throughout my twenty records. There’s a lot of funky instrumentals, some pop-sounding tracks, a couple slow jams, straight-ahead jazz, gospel, some vocals, lots of horns and some straight-up FUNK! The album is very much a mixture of some modern sounding programming along with live instruments, too. Real drums on almost everything mixed with programming. Definitely a cool sound,” said Culbertson, who invites fans to get involved with the making of “XX” via an Indiegogo campaign that launched this week (https://igg.me/at/BCXX).

Recreating that cool sound live for The XX Tour is Culbertson’s favorite part. Like his massive Colors of Love Tour that played 77 shows in three months and was captured for “Brian Culbertson’s Colors of Love Tour: Live in Las Vegas” Blu-ray disc and two-disc CD that dropped last Valentine’s Day, Culbertson is creating the sound and look for The XX Tour as a sensory experience. The exuberant performer spends months in preproduction meticulously conceiving stunning visuals – staging, lighting, wardrobe and effects – in order to put on a mesmerizing show each time he takes the stage. In addition to spotlighting the new album, the setlist will include cuts from Culbertson’s hit-filled songbook that has amassed 32 Billboard No. 1 singles. There will also be a segment showcasing songs from “Winter Stories,” an album released last month that placed him in an acoustic jazz trio setting for the first time.

Below is The XX Tour itinerary (more dates will be added to the itinerary when confirmed):

*Denotes tickets are already on sale

** Denotes tickets will go on sale at a later date