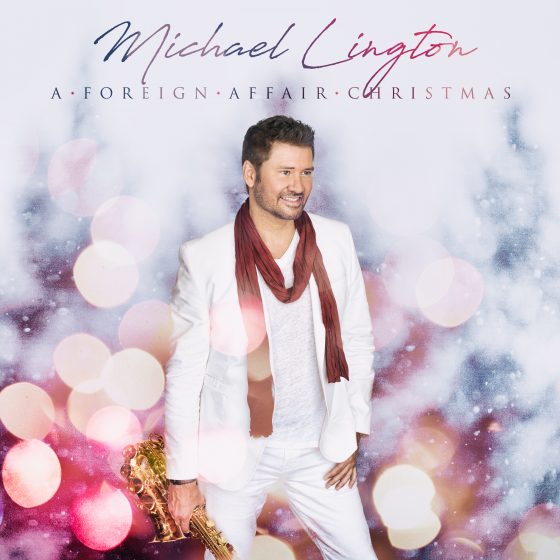 As its title suggests, Michael Lingtons A Foreign Affair Christmas takes a romantic, cosmopolitan approach to holiday music. The Copenhagen-born, Los Angeles-based saxophonist-songwriter-producer has toured the globe, performing in over 40 countries  so it seemed only natural for him to bring Latin, Jazz, Caribbean, R&B and Danish flavors to Christmas classics that are beloved around the world. Lington is joined by an international A-list of guest artists that includes Philippe Saisse, Vince Gill, Russ Freeman, Chris Standring, Dave Koz, Adam Hawley, Sheléa and Rick Braun. A Foreign Affair Christmas will be released on November 8. See below for track listing.

Christmas is a magical time and the music is a very important soundtrack to it. I think its interesting for listeners to hear their favorite artists in a different light, like Phillipe Saisse playing the vibraphone or Vince Gill singing a Donny Hathaway song, explains Michael Lington.

Gill suggested This Christmas  checking off a key track on Lingtons wish list. Once the songs and the contributors were finalized, Lington set out to craft the album around them.

I produced it myself because I had a really clear view of what I wanted to achieve with the music, he says. I put together an amazing session band including Gregg Phillinganes, Alex Al and Eric Valentine, and recorded it all live in the studio to get that magical thing that happens organically when you are doing it together. Then I added colorings with Paul Jackson Jr., Luis Conte and many other amazing musicians. I had the great producer and engineer Paul Brown mix the album and it was mastered by the legendary Bernie Grundman.

Lington who plays alto and tenor saxophone, keyboards and percussion on the recording  includes his interpretation of A Child is Born in Bethlehem, a traditional Scandinavian song. Fellow sax great Dave Koz joins him on an exuberant medley of Winter Wonderland and Let it Snow. The track gives fans a glimpse of the feel-good energy fans can expect when the 22nd Annual Dave Koz & Friends Christmas tour comes to town. In addition to Lington, Koz will be joined by Jonathan Butler, Melissa Manchester and Chris Walker.

The run kicks off on November 29 at the Van Wezel in Sarasota, FL and includes shows at Tilles Center for the Performing Arts in Brookville, NY (December 8) and Cerritos Center for the Performing Arts in Southern California (December 20 and 21). Tickets are available at https://michaellington.com/tour/. See below for itinerary. Lington can also be heard on Kozs new Christmas album, Gifts of the Season.

A Foreign Affair Christmas follows Lingtons 10th solo release, 2018s Silver Lining, which also included top guest artists, among them soul music legend William Bell and Dave Stewart of Eurythmics. Lingtons journey has taken him a long way since his youth in Denmark, where he first fell in love with jazz, pop, R&B and other forms of music. Now regarded as one of the worlds top contemporary soul and jazz saxophonists, he has charted more than 20 hit singles and performed at some of the worlds most prestigious venues.