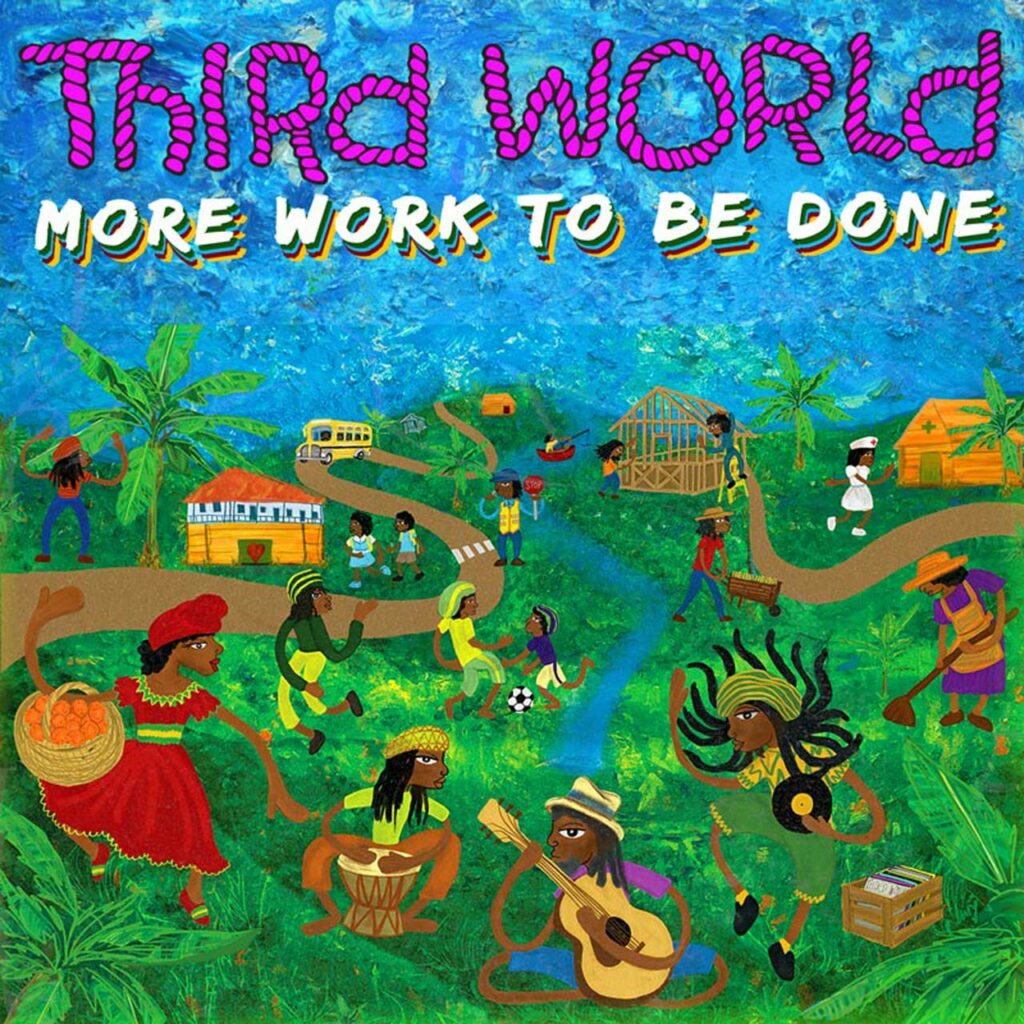 “It certainly is full circle – our first tour back in 1975 was opening for Bob Marley and now in 2019 our latest project is produced by Bob Marley’s youngest son, Damian Marley. We call him nephew and this nephew of ours is out of the top drawer. Besides being a world-class performer, he is an amazing producer, composer, songwriter and we whole-heartedly invite all music lovers to take a listen to the magic Gong and Third World created together. Yes, there is More Work to Be Done” says Stephen “Cat” Coore.

Established in 1973, Third World has transformed the way people experience reggae worldwide. The six-member band made their debut traveling in 1975 as an opening act for the Bob Marley & the Wailers’ World Tour. Since then the group has pioneered the genre with an extensive catalog of charted hits. They have been awarded and recognized for their musical contribution by the National Black Arts and honored by the Caribbean American Heritage Awards. Third World are also recipients of the United Nations Peace Medal and received 10 Grammy nominations. This marks their first full studio album release since the passing of the group’s veteran vocalist William Clark, aka Bunny Rugs in 2014.

More Work to Be Done brings together sounds from every corner of the globe. Lead singer AJ Brown delivers smooth and powerful vocals with the accompaniment of the entire band’s harmonies throughout the album, bringing out that true signature Third World sound in every song. With a touch of new flavor, inspired by the band’s vision and their producer and “nephew” Jr Gong, the album ranges from traditional to contemporary roots-reggae, lovers rock, jazz-infused rhythms to heavy hitting dancehall with driving bass; an 11-song masterpiece that demonstrates these accomplished musicians’ consistency, growth and transformation.

On Friday July 26th Third World released their third single featuring reggae star Chronixx. Highlighting the synergy of the artists, the single, titled “Na Na Na” delivers a great vibe to the angelic sound of Reggae music, allowing fans to sing along and dance in signature Third World form. The band released an official lyric video to accompany the single which is currently featured on the Ghetto Youths International YouTube channel.

The album is now available on CD, cassette tape and vinyl on the band’s website and at select retail outlets, as well as on all digital platforms worldwide.