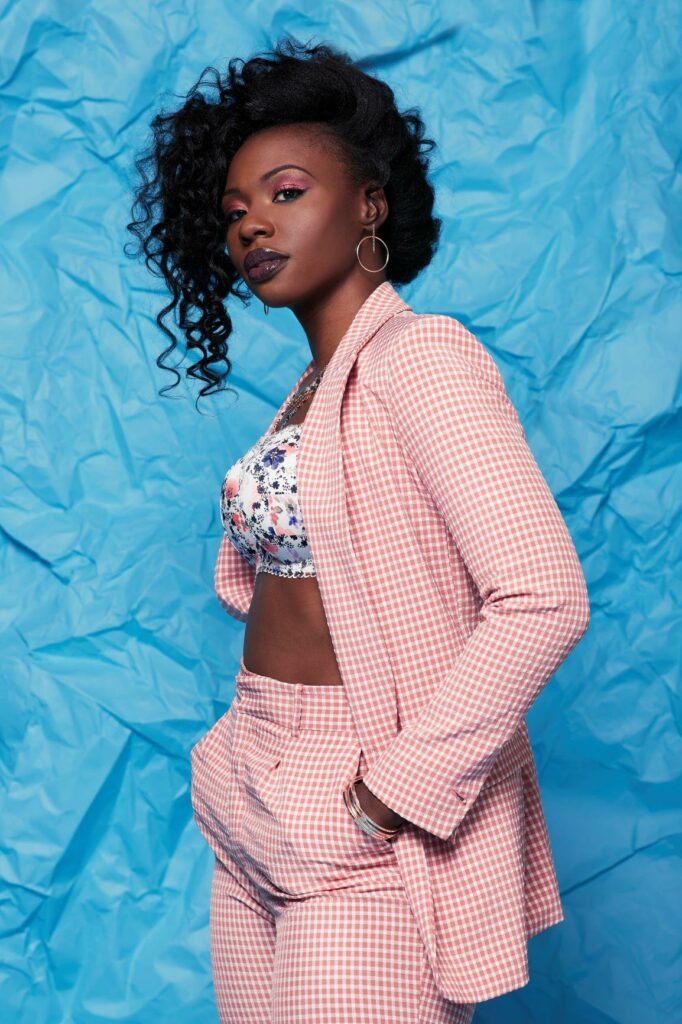 After three inspired years of writing, performing and refining her craft, Nola Adé returns with the single and video “Good to You,” a dreamy interstellar seduction song produced by Toronto’s Michael Sonier that is captivating listeners in a sexy trance. All about connecting spiritually and sensually, “Good to You” shines a starlight on transparency and vulnerability as vital components for the ultimate union of spirits. The video, directed by Varisse, is a sparkling collage of images showcasing Nola’s radiant beauty and grace, the camera lingering long on the mahogany elegance of her face framed by fireworks and the litheness of her cocoa frame draped in creme.

Nola’s 2016 debut project, The Love Dance EP, found her chasing a more Pop-oriented Soul direction kissed with a touch of Jazz. However, for her forthcoming album, Asaro and Yams, Nola is reveling in a musical vibe that weds African rhythms with intoxicating melodies and lyrical ruminations about the maddening quandaries of love and the fortifying mysteries of life – the resolutions of which make our journeys on Earth vibrant and unforgettable. She dubs her style “Afro Soul,” mixed with the broad range of artists that she came up listening to as a first-generation Nigerian American on the Southside of Chicago: Ella Fitzgerald, Mali Music, Chrisette Michele, Lauryn Hill, and Jazmine Sullivan, to name just a few.
In West Africa, Asaro is a popular culinary dish described as yam porridge while in America, the root of that dish is Yams or sweet potatoes, a Soul Food staple. Nola’s album title, Asaro and Yams deliciously describes the duality of the African and American sides of her life which are also on dynamic display throughout her eagerly awaited first full album.

Though music has always been a focal point of Nola Adé’s creative life, her proud Nigerian parents insisted she earns a Master’s Degree in any field she wished. Nola chose entertainment law with business as a backup, studying at John Marshall Law School in Chicago. She later became a legal intern at Rush Communications in New York City where she also performed music at night.

Before her solo career, Nola was a member of the St. Ailbe Choir and the University of Illinois Black Chorus, perfecting her rich alto instrument under the private training of renowned vocal coach, Lyndia Johnson. Nola studied piano when she was young but stopped when she went to college. Nola became a full-fledged performer, singing backup then later singing lead in an eclectic cover band that did material ranging from Aretha Franklin’s “Chain of Fools” to The Police’s “Roxanne” to Stevie Wonder and Bob Marley.

Then Nola’s writing muse began to bloom, which led to her becoming a solo artist, opening shows for internationally renowned artists such as Bilal, Avery*Sunshine, Hypnotic Brass Ensemble, and Daley. Then in March 2016, she released her debut 7-song EP The Love Dance featuring “Bittersweet,” “Love” and “Love Dance.”

Nola Adé is now preparing to put the world under her Afro Soul spell with songs leading up to Asaro and Yams.