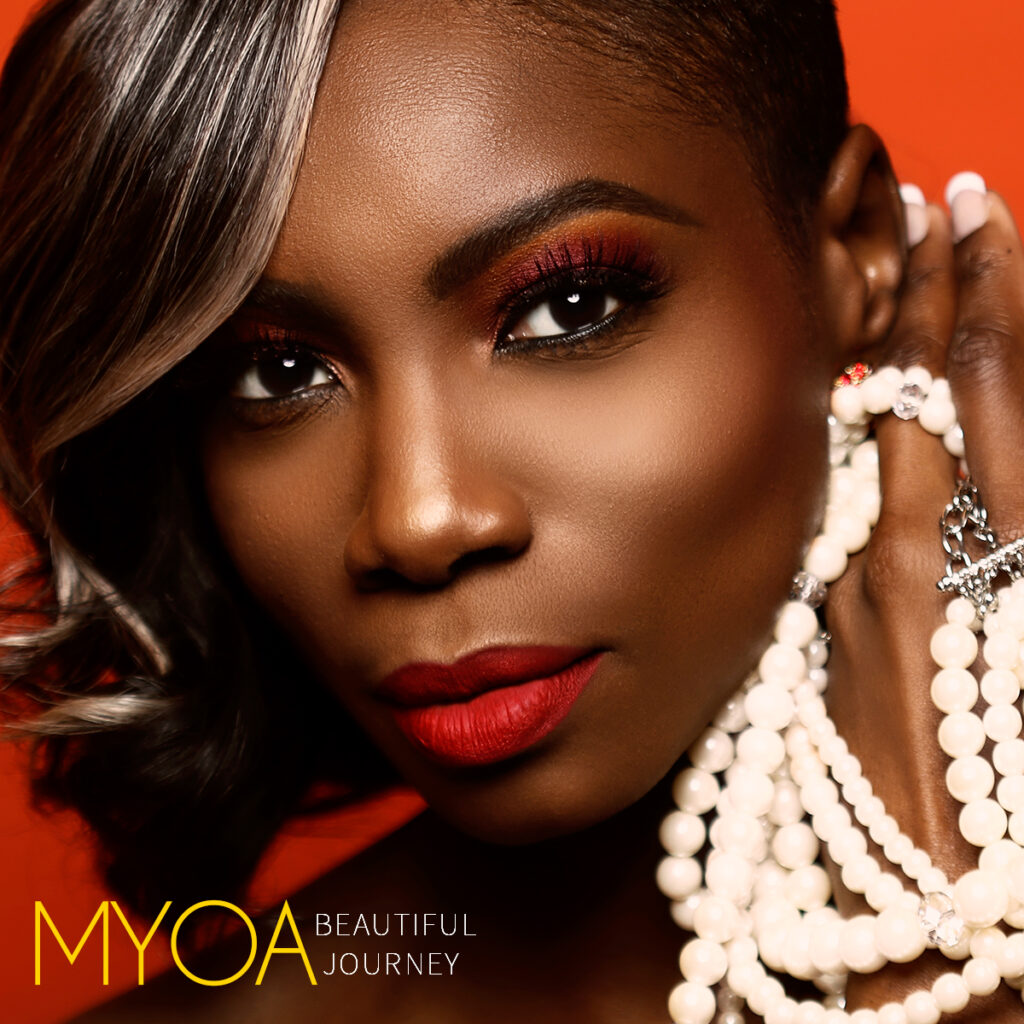 Comprised of twelve tracks, Beautiful Journey is a collection of songs written over many years that expresses Myoa’s journey in life. She hopes to share a piece of her heart with her listeners through Beautiful Journey. “This album is a combination of unique sounds and expressions, which flow perfectly giving the listener a euphoric experience,” Myoa explains. “In life, there are ups and downs, but each moment is part of your journey and you can choose to look at it in a beautiful way and see beauty through the ashes and enjoy the simple and little things in life.” Myoa co-produced the album alongside acclaimed producers including BigFootInYourFace, Cobhams Asuquo, Eddie Ferguson, Johnny Drille and Robert Eibach, she believes that recording her first album,”validates all my hard work as an independent artist.”

LISTEN to MYOA’s Singer “You” by clicking HERE!

Myoa began singing in school choirs, competitions, and concerts at a young age. She penned her first song when she was only nine years old. In college, Myoa spent most of her free time in her room writing music. After graduating and pursuing a career in finance, she realized she had been missing what she loved most: her music. Myoa quickly resigned from her job and flew to Los Angeles to study music and production. “Music has been embedded in me and so it’s hard for me to imagine life without listening to music, singing or writing. I usually tell myself to keep going; it will all be worth it. I call it faith, and that’s what drives me,” she says.

Beautiful Journey is Myoa’s debut album, setting a precedent for her future projects. Download and stream the album across all digital media platforms worldwide, now. You can keep up with Myoa’s journey at MyoaMusic.com.