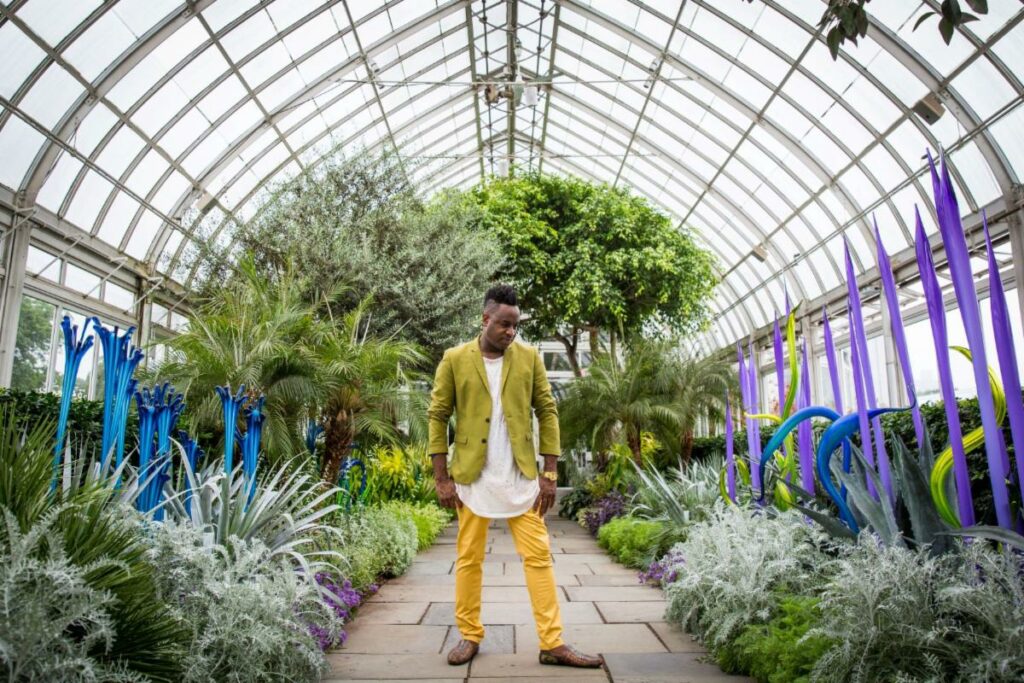 “‘Jazz In Manhattan’” is an exciting release because not only is it my first release as a bandleader in the jazz genre but recording each tune has been on my wish list for some time now. Many members of my audience base are only familiar with me in other genres of music, but this gives people an opportunity to experience a different side of me artistically.”

The multi-genre recording and arts educator recently joined the faculty of the Manhattan School of Music, where he teaches graduate-level courses in conducting, African American Music History, a singer/songwriter ensemble, a gospel music ensemble, and private lessons in piano, voice, and composition. Sneed studied at some of the finest conservatories and universities, including Howard University, where he earned a Bachelor of Music – Piano Performance; the Peabody Conservatory of Johns Hopkins University; New York University, where he earned a Master of Music in Music Technology: Scoring for Film and Multimedia; and the Manhattan School of Music. Sneed will also graduate with his doctorate in Orchestral Conducting from USC in 2020.

Sneed was a member of the faculty at the Clive Davis Institute of Recorded Music at New York University’s Tisch School of the Arts and Nyack College. His other professional affiliations have included The Juilliard School as a staff accompanist, Jazz at Lincoln Center as an artistic consultant, and the City University of New York (CUNY) as a professor of music. In 2015, Sneed established the Damien Sneed Performing Arts Institute, a division of the Damien Sneed Foundation.

The multi-genre recording artist has worked with jazz, classical, pop, and R&B with legends including the late Aretha Franklin, Wynton Marsalis, Jessye Norman, Stevie Wonder, Diana Ross, Ashford & Simpson, and many others. He established his label, LeChateau Earl Records in 2009, which reflects his varied musical interests and features critically-acclaimed artists from classical, jazz, gospel and other musical genres. He has released several CD projects, Damien Sneed: We Shall Overcome (January 2019), The Three Sides of Damien Sneed: Classical, Jazz and Sanctified Soul (July 2018), Broken To Minister: The Deluxe Edition (March 2015), Spiritual Sketches (June 2013), and Introspections LIVE (January 2010).