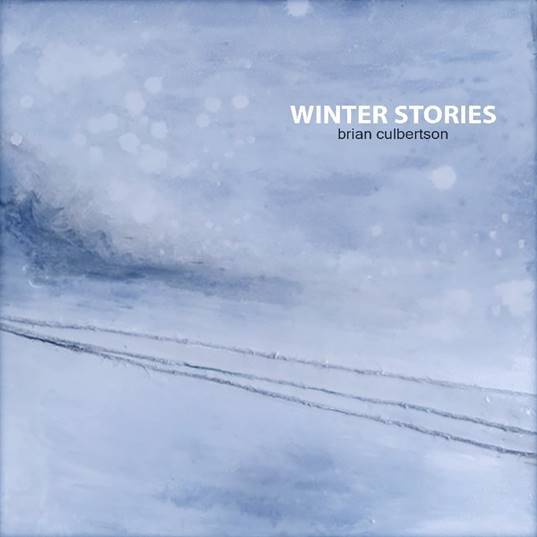 “Morning Walk” went for playlist adds on Monday ahead of the October 4 album release.

CHICAGO (17 September 2019): Inspiration strikes artists even when on holiday break. As pianist Brian Culbertson strolled the frigid streets of Chicago last winter, he felt compelled to write music. Feeling the cold air, seeing his breath and hearing the crunch of snow under his feet spurred the creation of “Winter Stories,” a contemplative collection of melodic musical “stories” recorded in a jazz trio setting. The first “story” that will preface the BCM Entertainment release dropping October 4 is “Morning Walk,” which went for playlist adds on Monday.

When Culbertson returned from that inspired walk, he started composing the first piece for the album that, over time, will become a four-album series: separate stories for each season. He wrote and demoed one song per day for ten consecutive days. After each day’s session, he’d head back into the cold, taking the demo out for a walk. Upon his return, he’d make adjustments to the composition until “it was just right.”

Best known for crafting a catalogue of R&B, jazz and funk hits, Culbertson felt that this pensive and introspective album would best be presented by a jazz trio. Knowing that drummer Khari Parker has a deft touch with brushes to craft the gentle rhythms, Culbertson had only one acoustic bassist in mind: Steve Rodby (Pat Metheny Group). They knew each other from the Chicago jingle scene at the beginning of Culbertson’s professional career and Rodby played on a track on the keyboardist’s second album, “Modern Life” (1995).

“Understanding Steve’s jazz/pop sensibilities and knowing how musical and ‘in tune’ he plays upright bass, I knew that he was the only one who could play on this record,” said Culbertson.

Culbertson describes “Winter Stories” not as a Christmas album, but as a hybrid. “It is very melodic with a pop structure, but utilizing traditional straight-ahead jazz elements – acoustic piano, upright bass and drums with brushes – which give it a ‘holiday’ feel, but also something you can listen to any time since these are all new original songs. However, what was unusual is that the three of us didn’t record together. I produced the album using a layered approach, which also makes it more of a pop-styled record, replacing each demo track one at a time. I first recorded piano, then layered Wurlitzer, Rhodes and B3 organ parts sparsely to add depth here and there. After that was drums and then bass was last. A couple tracks also called for percussion, which was played by Lenny Castro.”

While writing his “Winter Stories” – the inspiration for all ten stories is shared in the accompanying liner notes, which is another first for Culbertson – he spotted a painting online that he felt perfectly encapsulated the album’s motif. So, he bought the painting and made it the album cover.

“It was exactly what was in my mind. I wanted it to be like an intriguing book cover, the kind that after you look at it, you get a sense of what the music is like and then compels you to want to listen,” said Culbertson, who curates, hosts and headlines his second annual Chicago Jazz Getaway running this Thursday through Sunday, a spinoff of his wildly popular Napa Valley Jazz Getaway.

A second single from “Winter Stories” is planned for just prior to the holiday season. Going for adds on November 18, “City Sleigh Ride” is one of the album’s more up-tempo and fun adventures, and the only song with sleigh bells. “While most of the album is on the slower, more ruminative side of things, it was important for me to break up the feel a little bit with a couple tracks,” said Culbertson.

After a recent YouTube Premiere with fans, the video for the album opener, “Sitting By The Fire,” is now available for viewing. “I’d say the best time to listen to this record is when it’s the coldest and bleakest outside,” said Culbertson. “These songs will warm you up and keep you cozy.”