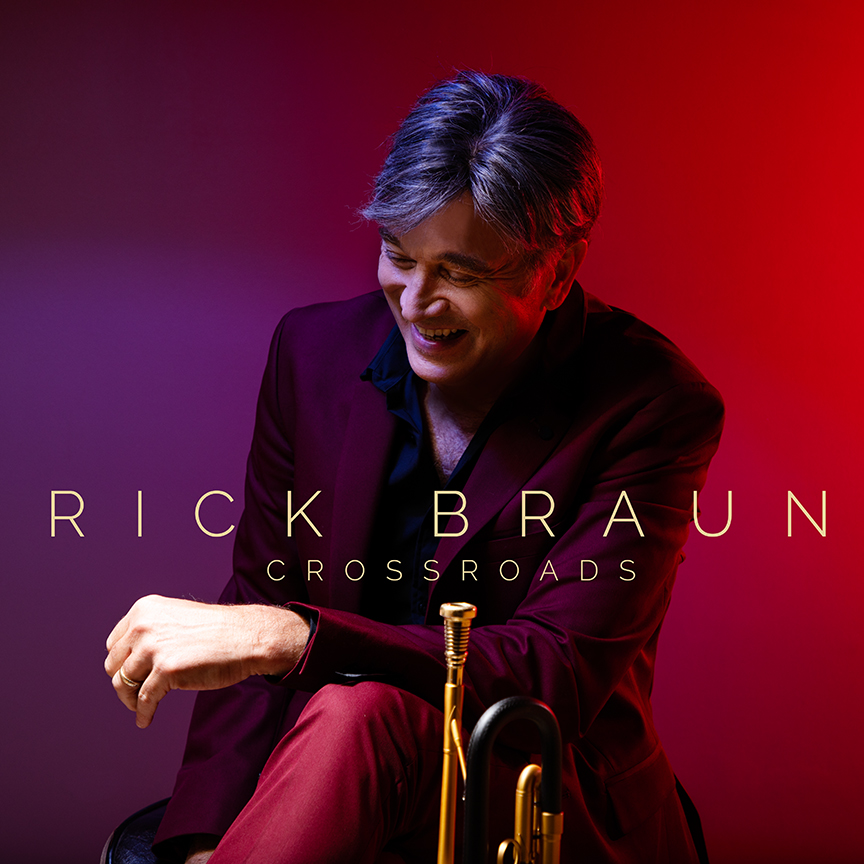 “As musicians and people in general, we are all a collection of the places we’ve been, things we’ve heard, seen and done, and people who we’ve loved and who have loved us,” shares chart-topping contemporary jazz pioneer Rick Braun. The trumpeter will release Crossroads on Shanachie Entertainment on August 16, 2019. The 10-track recording is a thrilling musical expedition giving us an intimate glimpse into Rick Braun’s inspirations. “At this point in life,” states Braun, “I’m grateful for the opportunity to make music. I think I’m just very comfortable with where I am in life right now.” Somewhat of a musical chameleon, Braun’s vision and virtuosity have allowed him to stand at the crossroads of the music world. He’s amassed over 20 #1 Smooth Jazz hits and collaborated with Sade, Tom Petty and REO Speedwagon, among others. Braun has produced No. 1 hits for David Benoit, Marc Antoine and Jeff Golub. He’s also achieved collaborative success on massive hits with Boney James as well as with the group RnR, with saxophonist Richard Elliot and BWB, a powerhouse trio completed by Grammy® winners Kirk Whalum and Norman Brown. “When I think about the word ‘crossroads,’ says Braun, “I think about the possibilities for the future as well as the places I have been.” In keeping with this theme Braun enlists a cross-section of friends both old and new. He’s joined by dear friends, keyboardist Philippe Saisse, guitarist Peter White, bassist Nate Phillips, tenorman Richard Elliot, drummer Eric Valentine and percussionist Richie Garcia. He also welcomes some first time collaborators keyboardist Greg Phillinganes, guitarist Michael Thompson, and drummer Gregg Bissonette. Braun explains, “The common thread is the musicality that everyone brought to this project. I’m so thrilled with the playing on this record. Everyone stepped up and I think there are a lot of wonderful musical moments to be heard.”

Shanachie VP of A&R, Danny Weiss states, “Rick’s tone, chops and phrasing link him to the jazz giants of the past. He can hold his own in any setting. Yet he communicates to a vast audience far beyond the jazz aficionado. His warmth, wit and musical spirit make him a great communicator – a hit maker!”

Rick Braun concludes, “As my fans listen to Crossroads, I’m hoping they can hear the sincerity in the music. I think the fact that I’m still around making music after all of these years is a testimony to how much I enjoy doing it. It’s funny because musicians never retire. There is no reason to because we love our job so much to retire would be to leave something that we love. Most musicians just cancel the gig because, let’s face it, we left the planet. I am most likely going to be one of those guys!”