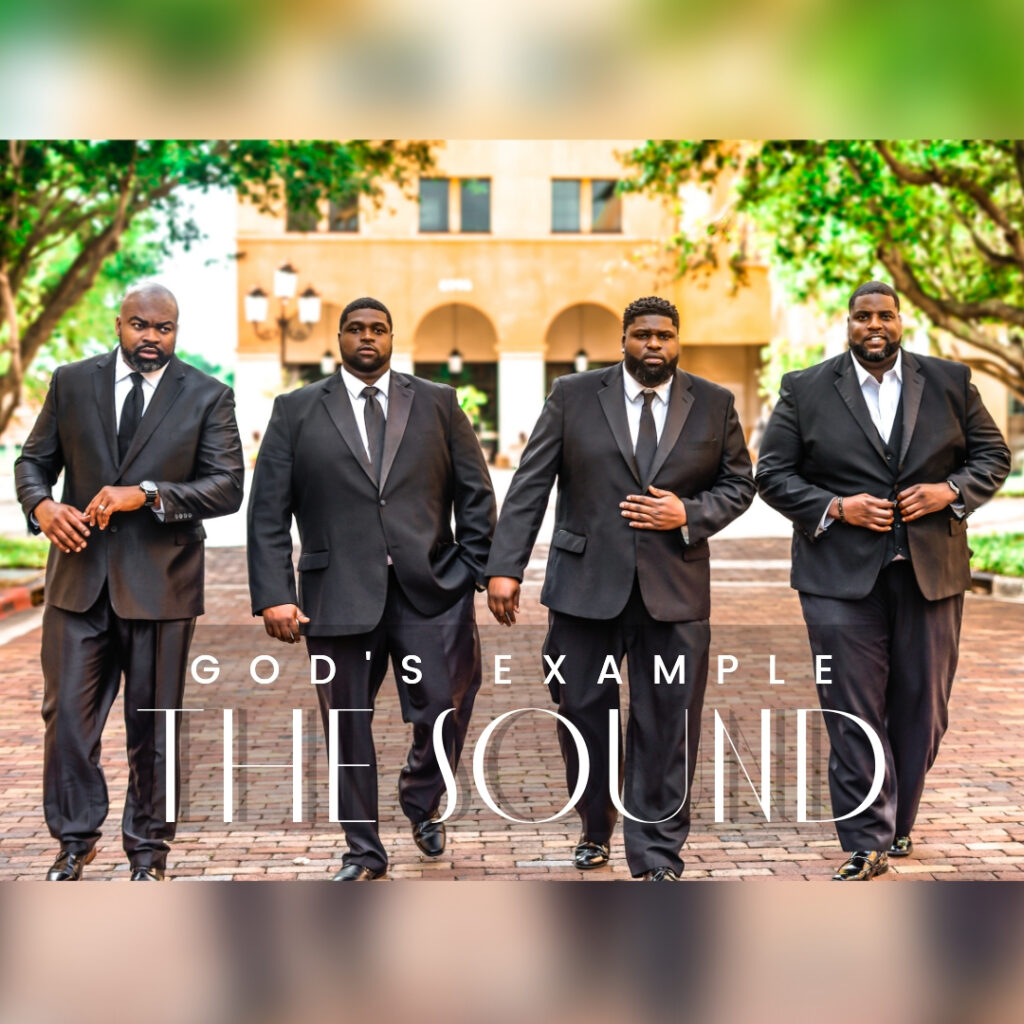 (Florida) A group consisting of worship leaders, pastors and musicians, God’s Example’s style of Urban Gospel is a fresh new sound that is simultaneously reminiscent of contemporary gospel groups of the past. This staple of meaningful and thought-provoking lyrics and tight harmonies is exemplified in their upcoming single, The Sound. With a testimony of being examples of God’s redeeming and life changing power, these young men are poised to carve a niche and musical style that has been long missed in gospel music.

The four began under the leadership of their father Pastor Emanuiel J Roberts Sr, who is also a traditional style quartet singer. Early on, the brother traveled with their father spreading the gospel mostly in prisons, schools, nursing homes, and street corners. Their father Pastor Emmanuel Roberts saw something special in his sons. He spent much of his time instilling Godly values in them. He said, “If you are going to sing it, you have to live it! You cannot compromise!”

As they grew older, they began making and ministering music that was more urban, but not before sharing the stage with traditional Grammy Award nominated and winning artist such as Shirley Ceasar, Rev Milton Biggham and The Georgia Mass Choir, and The Williams Brothers. As urban artists, they have performed along side Todd Dulaney, Kierra Sheard, Tye Tribette and others. From time to time, they return to their quartet roots and perform with their father. These roots are on full display with a song that they recently recorded with one of their hometown friends and mentors, Lorraine “Punch” Baldwin, who is a lead singer with The Georgia Mass Choir.

The Sound has already garnered the attention of the music enthusiasts and fellow music producers, and radio programmers across different genres. It highlights this group’s ability to reach a wide variety of people by crossing age, racial, cultural, gender, and denominational barriers while maintaining the same message of love, unity and praise.