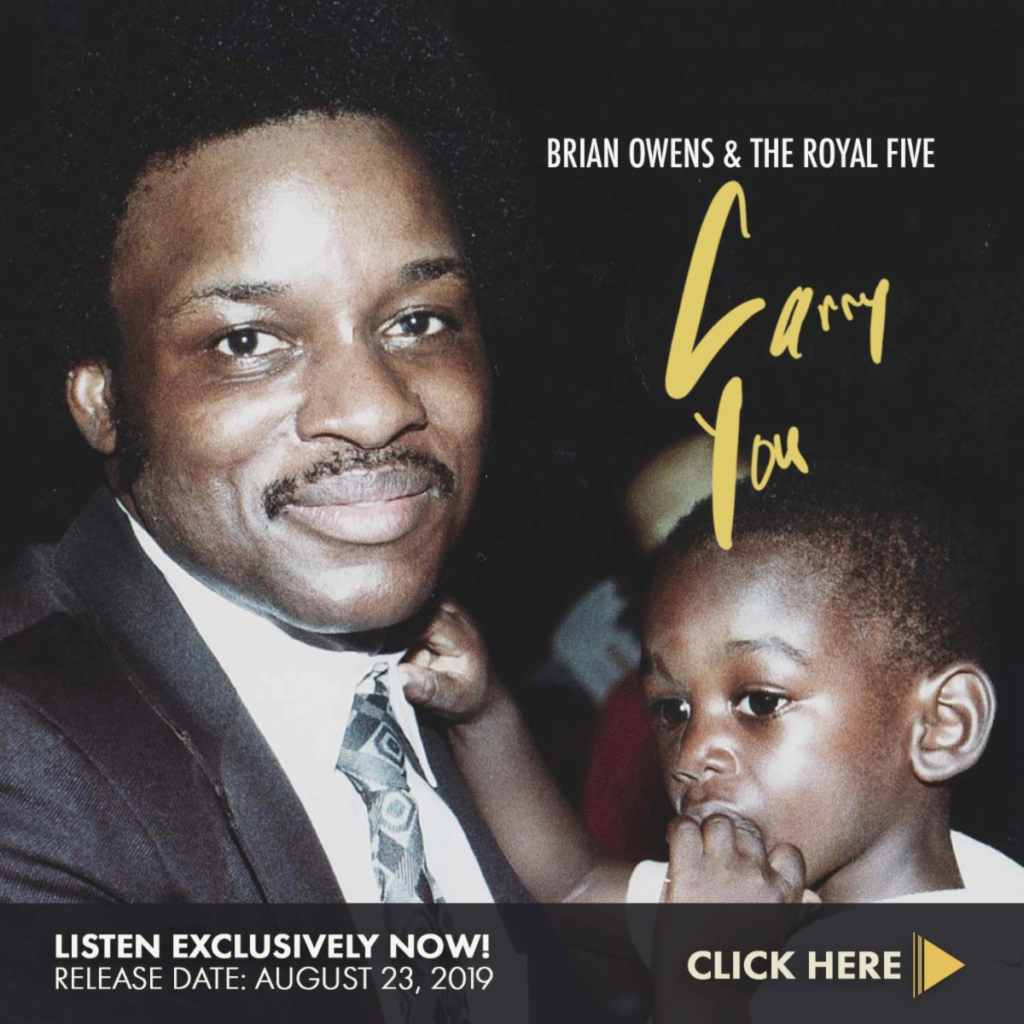 “Carry You” arrives at digital retailers and
streaming platforms on Friday, Aug. 23, 2019

NASHVILLE, Tenn. (Aug. 15, 2019)… Accomplished singer-songwriter and soul stylist Brian Owens continues to preview music ahead of his new album LOVE CAME DOWN with the release of his latest single, “Carry You,” available at all major digital retailers and streaming platforms beginning August 23. The new tune follows “Cool Water (Justice Rolls Down Like)” and “Sparrow,” which were offered as a double-singles package earlier this year.

CLICK HERE TO LISTEN TO “CARRY YOU” by BRIAN OWENS!

For Owens, the song’s message is one from the heart and says it was written during a time when his family was experiencing one of the most challenging seasons they had ever encountered.

“As an artist, sometimes the desperation of a moment leads you to the simple beauty of a song that speaks to your soul,” says Owens. “‘Carry You’ is that song for me.”

“This song encapsulates the beautiful soul and goodness of Brian Owens, to me,” adds Grammy Award-winning producer Brian Bacchus, who worked with Owens on the new album. “The warmth transcends genre, yet is rooted in soul and the singer-songwriter experience. Everyone I’ve played it for – young or old, white, black or other – reacts the same way, as if in a meditative pure love zone, and as soon as it’s finished, they want to rewind.”

Recorded at the famed Royal Studios in Memphis, LOVE CAME DOWN is scheduled to be released early October and expected to be Owens’ most personal and introspective recording to date.