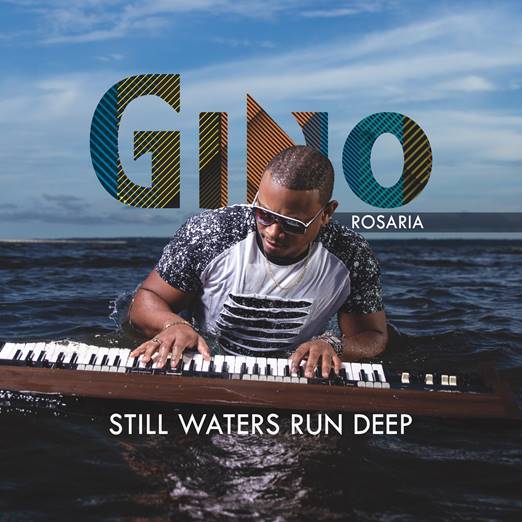 The urbane contemporary jazz “Night Groove” is among Billboard’s most added singles, setting up the July 12 album release.

PENSACOLA (10 June 2019): Don’t be fooled by the quiet facade. Pianist Gino Rosaria has an uncommon depth that stems from being a native of culturally diverse Curaçao, possessing a master’s degree in classical music performance and having a love of jazz. Each element helps shape the music he composes, produces and plays as a first-call session musician and sideman. Crafting his third album, “Still Waters Run Deep,” dropping July 12, is a purposeful leap into the soul-jazz sea as a solo artist with something to say. Collecting playlist adds and earning most added status on the Billboard chart, the set’s first single, “Night Groove,” is a slick R&B ride with Rosaria’s shimmering keys engaging in melodic banter with Marcus Anderson’s saxophone.

“I knew it was time for me to step out as a solo artist. I’ve been putting it off for a long time and playing with other artists. I have some good material to release to the world. Because of my Caribbean and Latin roots, I think I have something special to offer musically. I don’t know how to explain it except by showing it through my music. My time has come to step out onto that stage, not as a sideman, but as Gino Rosaria, The Pianist,” said Rosaria, who moved to the US from Curaçao in 2003 and resides in Pensacola, Florida.

Rosaria considers himself to be reserved except when it comes to expressing himself musically. “I have some very strong feelings and passion deep down inside that I bring out through my music.”

Days prior to the album’s street date, Rosaria will perform the material at a record release concert on July 7 at Seville Quarter in Pensacola, which will be recorded live with the aim of packaging it as a CD/DVD. Also in Pensacola, Rosaria will lead his band on stage at Gulf Coast Summer Fest: Jazz Edition on August 30.

Rosaria teamed with saxophonist Chris Godber for the 2012 holiday album, “Joy Peace Christmas.” The following year, he dropped “Some Other Time.” Simon’s birth inspired the 2016 Groove Symphony project “Simon Says” for which Rosaria served as bandleader, blending classical, jazz, Latin and Caribbean nuances and satisfying his desire to write orchestral music that could serve as film scores. As a sideman, he can be found in the company of Hawley, Rene, flautist Kim Scott, violinist Karen Briggs and clarinetist Tim Laughlin among others.