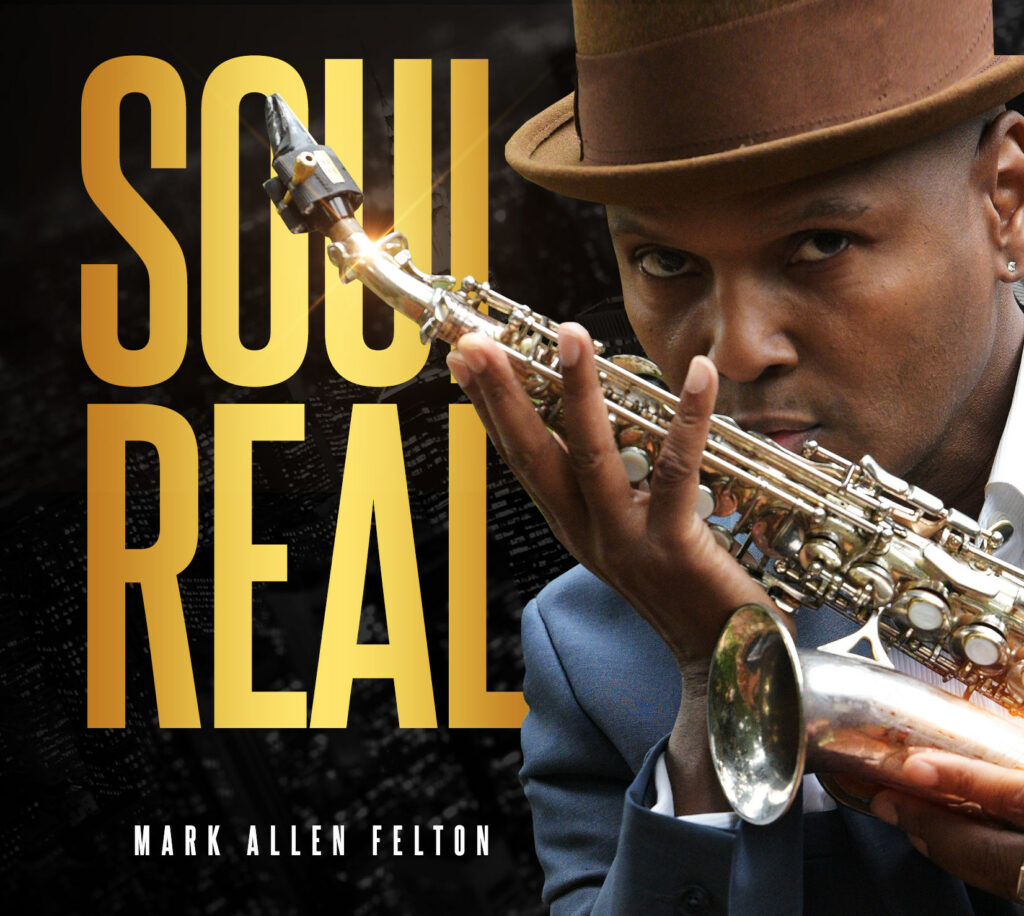 LOS ANGELES, May 20, 2019 /PRNewswire/ — Thousands of listeners follow him on Spotify. He’s had success on the music charts, composed songs for radio, film, and television, and appeared with some of the biggest names in jazz. With his fifth album, Soul Real, saxophonist Mark Allen Felton takes his genre-blending sound into a territory of his own, one that he calls “Hipstrumentals.”

Felton traces his unique approach to smooth jazz back to his school days in Chicago. Drawn equally to the complex orchestrations of Earth, Wind and Fire, the soul jazz of early Kool and the Gang to Sonny Stitt’s smooth take on hard bop, he developed a style that has earned him a #7 hit on the DMX Gospel Charts, two Stellar Award nominations, and the honor of sharing the stage with Al Jarreau, Patti Labelle, Bobby Womack, and many other greats.

“Most of my influences are happily audacious,” notes Felton. “They convey complex ideas and emotions by lifting people up and making them smile. I mean, gospel has a pretty clear message, but it’s also loaded with gorgeous melodies that would be called hooks if they showed up in pop song. My playing can be highly technical, and my inspirations go back centuries, but my compositions bring those things into settings that modern audiences are comfortable with.

“People crave music that’s got a bit more complexity to it than what they’re used to hearing. That’s a bit more honest, a bit more real. A marketing company would probably come up with a fancier name for it,” he laughs, “but I chose ‘Hipstrumentals.'”

Felton has reason to feel good about the musical territory he’s staked out. The album’s first video, “A Place for You,” has already been viewed by more than 150,000 people, and Felton is preparing for a major Asian tour this summer.

To learn more about Felton’s distinctive blend of old and new, and to learn where you can listen to tracks from Soul Real and the rest of Felton’s discography, please visit https://www.markallenfelton.com.