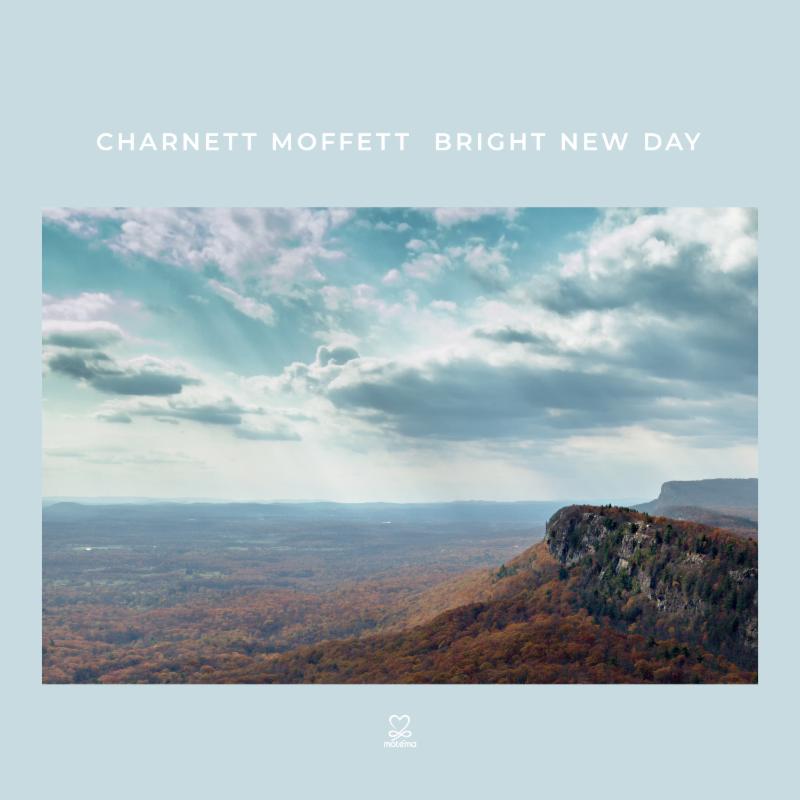 For Bright New Day (available June 21), bassist/composer Charnett Moffett’s seventh recording for Motéma Music and 16th as a bandleader overall, the virtuoso musician spearheads a genre-transcendent program that explores a wide range of sound, style, and emotion from the lyrical “Holy Spirit” and uplifting “O My God Elohim” to the urgent funk-rock of “Free the Slaves,” (which features an especially cathartic electric fuzz bass solo by the leader). Included in this potent collection of eight originals are two Ornette Coleman/harmolodic-inspired jams, “Netting” and the exhilarating “Bright New Day,” plus two thoughtful odes to the elements in “Precious Air” and “Waterfalls.”

The album represents a continuation in the leader’s explorative body of work, and is uniquely distinguished from Moffett’s prior recordings by featuring him strictly on fretless electric bass guitar. “After doing several tours in Europe with my electric bass I found myself really motivated to do this,” said the artist, who has gained much of his acclaim as an upright bass virtuoso. “I thought, ‘Why not do an all electric album?’ And so, I did. It’s definitely a different kind of record. We made it in spirit and truth and it represents a new time of my life.”

Moffett’s signature soloistic quality is apparent throughout Bright New Day as he unleashes melodies and riffs on the frontline alongside rising star violinist Scott Tixier and guitarist Jana Herzen. Rounding out the exceptional new quintet is the much in demand drummer Mark Whitfield Jr. and veteran keyboardist Brian Jackson.

The new unit has a strong ensemble feel with Herzen alternately doubling Moffett’s electric bass lines and floating in half-time against the bubbling groove in classic harmolodic fashion. “The bass and guitar represent the frontline, like a trumpet and a sax, as far as the approach,” said Moffett. “If you check out the tune ‘Netting,’ it’s obviously Ornette-influenced and we’re approaching it as if it could be Don Cherry and Ornette playing that melody.”

Tixier contributes sparkling solos throughout the album and engages in expressive call-and-response with Moffett on a couple of tunes, including the buoyant 6/8 jam “Set It Free.” Jackson’s contributions in the rhythm section are vital as he provides the cascading momentum underneath the reflective “Waterfalls,” helps fuel the driving “Free the Slaves” and channels his inner McCoy Tyner on his solo to “Holy Spirit.”

Whitfield demonstrates an interactive touch from track to track and slams with authority on the funk rock-ish “Free the Slaves,” (about freeing your mindset) on which Moffett contributes impassioned vocals and unleashes mind-boggling solo chops. Throughout the program, Moffett stylistically alternates between lyrical, singing fretless lines and creative rock-solid grooves. Herzen, who is also the founder of Motéma Music and has worked with Moffett in a variety of contexts, comments that, “Playing in this ensemble is liberating and requires total presence. The music is not created from a fixed position, so we have to keep our ears keenly tuned and react quickly to each shift in the musical current.” Herzen’s vocals are also featured on her composition “Precious Air” which the leader included on the album to represent the breath of life.

“I composed this album with intention to create emotional uplift and healing vibrations,” explains Moffett. “Each composition came out of an emotional feeling that I needed to express or address at an exceptionally challenging time in my life.” The album is also an improvisational jazz experience that specifically explores the intertwining relationships between freedom and structure. “Each composition here operates on a different set of musical laws that I asked the players to follow when using their instruments to express the harmonies, rhythms, melodies and flows between structured sections and improvisations.”