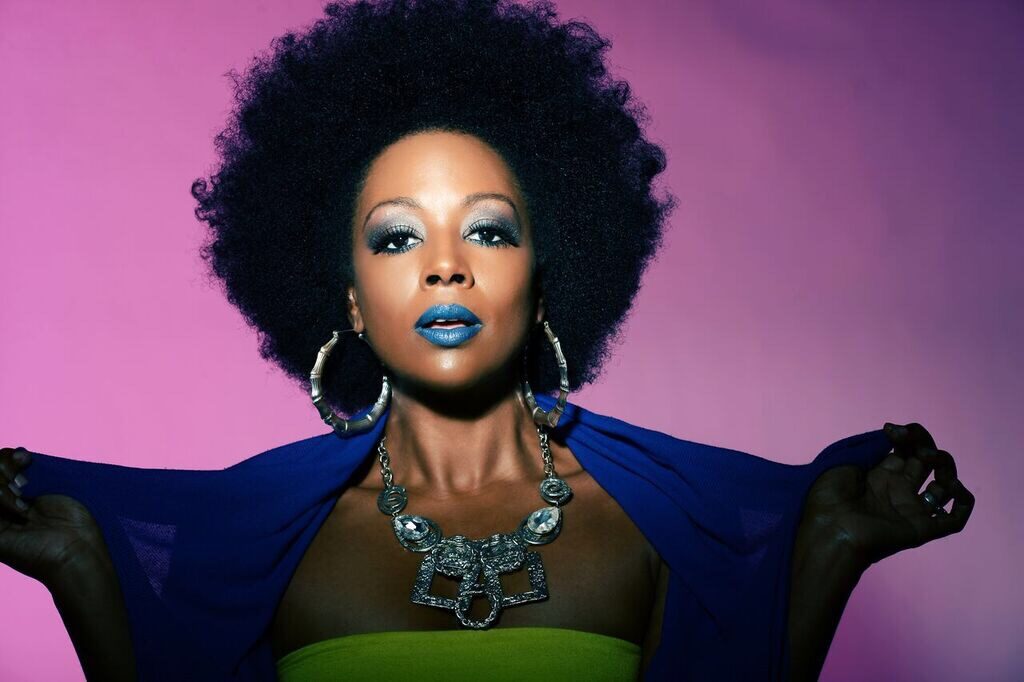 So, who is this Sy Smith anyway? Smith is a Howard University grad turned singer/songwriter/musician/actress. For years, the Los Angeles-based D.C. native has used her lyrics and larynx to help everyone from Whitney Houston to Sting to Phonte & Al Green sound just a little more fly. Her newest set of imaginative and slickly re-fashioned songs is sure to gain new listeners as well as please longtime fans of the woman known as the Queen of Underground Soul.

This new project takes a second look at the entirely self-written and self-produced Sometimes a Rose Will Grow in Concrete, an album of jazzy, introspective musings about life, love, and society, from a Black woman’s perspective. Where that album swayed sweetly in a couture gown, the new Sometimes remix EP changes into a backless freakum dress to go dancing on table tops.

To begin, Sometimes…A Remix opens with a vibey deep house mix of “Sometimes A Rose Will Grow Into Concrete.” Now fully transformed into a bassy, soul-clapping thumper, one can skate to it by night or hold yoga positions to it by day. The short-and-sweet “Catastrophe” reaches full potential as an extended house banger, familiar territory for those who sampled Smith’s foray into electronic soul on 2012’s Fast and Curious.

Those looking for something sexy to grind to can skip directly to the dancehall remix of “Perspective,” guaranteed to keep that good arch in your back. The set also features a second remix that finds singer B.Slade trading electric cool vocals with Sy over a party-starter track that would make a perfect single this summer. Fans who have been with Sy since her indie inception on adventurous projects like The Syberspace Social will appreciate the trippy, new, color-shifted remix of “Now and Later.”

In the meantime, stream the lead single, “Camelot (MGA Dub Remix)” which takes the song’s original fairy tale and reinterprets it with reggae riddims, skanking guitars, and enough dubby horns to turn any Monday into a walk on a Caribbean shore.

As a bonus, Sometimes a Rose Will Get a Remix also includes a capella versions of each song. The soft strength of Smith’s naked voice standing alone on “Camelot” and soaring octaves high on “Sometimes A Rose” lends a vulnerability that invites the casual listener to lean in closer. Producers and musicians, however, should take full advantage of this opportunity to add their unique flavor to some remixes of their own.

Sometimes a Rose Will Get a Remix is available now on Amazon, iTunes, and anywhere digital music is sold. Physical copies are available on SySmith.com. For more information, follow @Syberspace on Twitter, Instagram, and Facebook.