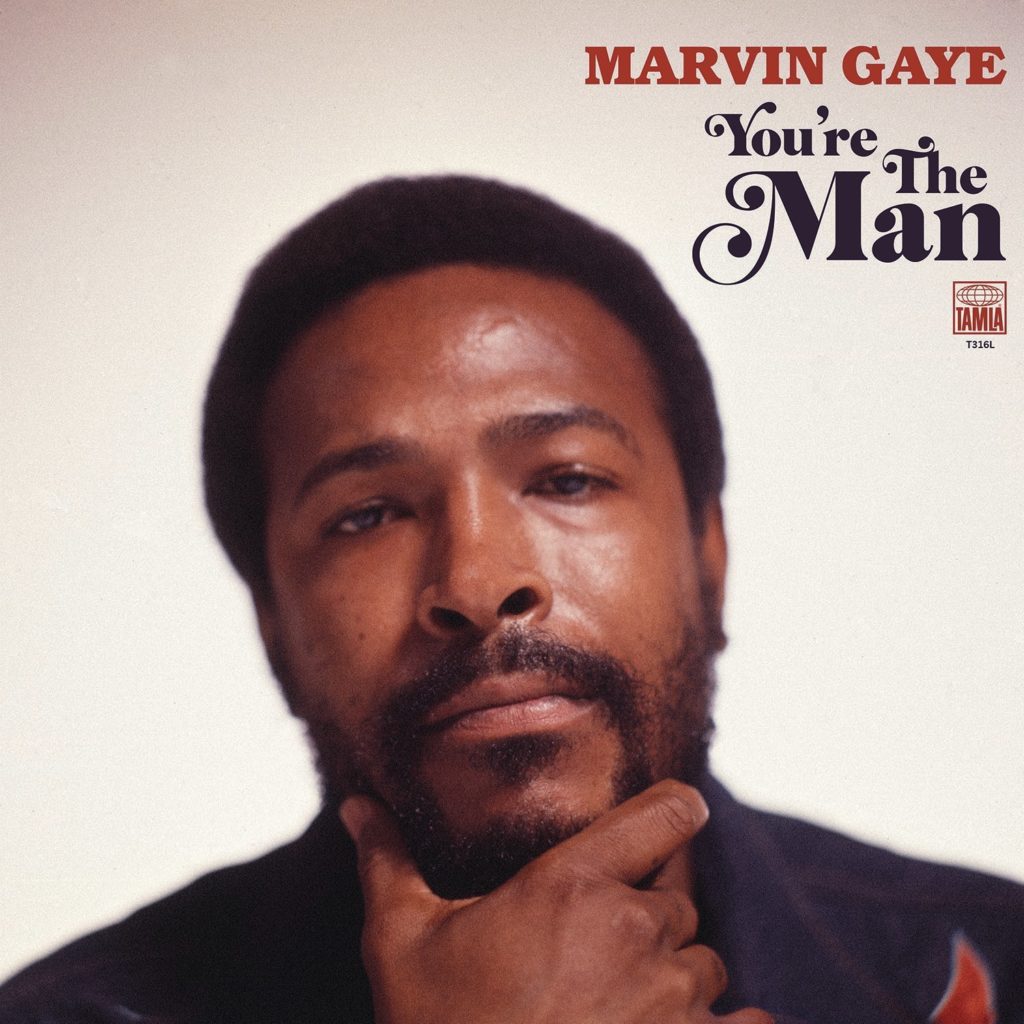 LOS ANGELES, Feb. 7, 2019 /PRNewswire/ — In celebration of Marvin Gaye‘s 80th birthday on April 2, Motown/UMe will release his never-issued 1972 Tamla/Motown album, You’re The Man, in 2LP gatefold vinyl and digital editions on March 29. You’re The Man features all of Gaye’s solo and non-soundtrack recordings from 1972, with most of the album’s tracks making their vinyl release debuts. SaLaAM ReMi’s new mix of the album track “My Last Chance” is available now for streaming and for immediate download with album pre-order.

In 1972, Marvin Gaye was on top: or so it seemed. “What’s Going On,” “Mercy Mercy Me (The Ecology),” and “Inner City Blues (Make Me Wanna Holler),” the three singles from his universally acclaimed album What’s Going On, had each hit No. 1 on Billboard’s Hot Soul Singles chart (since renamed Hot R&B/Hip-Hop Songs) and Top 10 Pop the year before. His new single, “You’re The Man” – a percolating, sarcastic riff on political non-action issued as the U.S. presidential campaign was kicking off – reached No. 7 on Billboard’s Hot Soul Singles chart. He saw Motown schedule a You’re The Man album (catalog number Tamla 316). But when the lead single didn’t cross over Pop, stalling at No. 50, Marvin retreated. Ambivalent about recording, stubborn about moving to Los Angeles with Berry Gordy and Motown, Marvin by his actions proclaimed no more new Marvin Gaye music.

Or so it seemed.

In this singular and transitional year for the late music legend, Gaye recorded more than an album’s worth of music in Detroit and L.A. He produced himself, creating a suite of aching ballads; he worked with songwriters-becoming-producers Willie Hutch, then known mainly for the Jackson 5 smash “I’ll Be There,” but soon to be lauded for his film scores to The Mack and Foxy Brown; and with Pam Sawyer and Gloria Jones, whose “Piece of Clay” for Marvin decades later became a smash in the 1995 film Phenomenon. He cut two sought-after tracks with Freddie Perren and Fonce Mizell, half of the hit-making machine behind the Jackson 5; he got together with Hal Davis, who was preparing a Marvin Gaye-Diana Ross album, to cut another topical gem, “The World Is Rated X.” And Marvin funnelled his anger over the Vietnam War, and his brother’s experiences there, into a sequel of sorts to “What’s Going On,” the poetic holiday ballad, “I Want To Come Home For Christmas.” He even re-cut “You’re The Man” as an eerie funk jam, perhaps for the LP as a bookend to the single.

None of these tracks or any other on the LP, except the single, were issued at the time.

Three tracks from the album are newly mixed by SaLaAM ReMi, the songwriter and producer long associated with Nas, the Fugees, and Amy Winehouse: “My Last Chance,” “Symphony,” and “I’d Give My Life For You.” Also included is the rare, long LP version of Gaye’s cancelled 1972 Christmas single, plus an unreleased vault mix of its instrumental B-side. Over the years, songs from You’re The Man have been included on several CD releases but 15 of the album’s 17 tracks have not been released on vinyl until now.

You’re The Man’s 2LP vinyl edition includes new liner notes by Marvin Gaye biographer David Ritz. In his essay, Ritz delves into Gaye’s deeply personal internal conflict as a source of creative vigor and emotional burden as he experienced What’s Going On’s massive success and all that came with it. “Now I could do what I wanted,” Gaye told Ritz in an interview that first appeared in Divided Soul: The Life of Marvin Gaye. “For most people that would be a blessing. But for me the thought was heavy. They said I’d reached the top, and that scared me because Mother used to say, ‘First ripe, first rotten.’ When you’re at the top there’s nowhere to go but down. No, I needed to keep going up – raising my consciousness – or I’d fall back on my behind. When would the war stop? That’s what I wanted to know – the war inside my soul.”

Despite his inner turmoil, that same year Gaye recorded a duets album with Diana Ross, and he accepted an offer to write what became his landmark Trouble Man film score. A year later, he released Let’s Get It On, the biggest hit of his career.

In addition to You’re The Man, Motown/UMe will release a new expanded edition of Marvin Gaye’s 1965 album, A Tribute To The Great Nat King Cole, digitally on March 15. Honoring what would have been Cole’s 100th birthday, the album’s original mono mix makes its digital debut with the new edition, which also adds more than a dozen bonus tracks, including six alternate takes from the studio sessions.