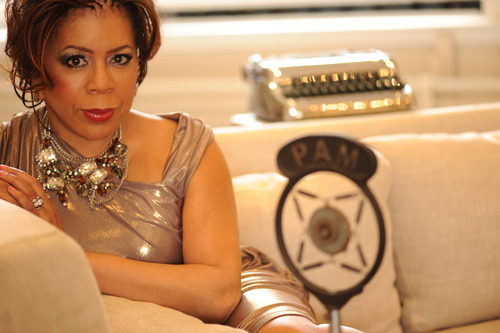 NEW YORK, Nov. 19, 2018 /PRNewswire/ — Two music pioneers who have excelled in their respective genres — R&B and pop icon Valerie Simpson and Pulitzer Prize-winning composer Melinda Wagner — will be recognized at the 2018 ASCAP Foundation Honors on December 12 in New York City. Simpson will receive the distinguished ASCAP Foundation George M. Cohan Friars Foundation Award while Wagner will be honored with The ASCAP Foundation Masters Award at this invitation-only event.

“Valerie, together with her husband Nick, has written some of the most memorable songs of the 20th century,” said The ASCAP Foundation President Paul Williams. “This award recognizes the whole of Valerie’s talents and her multifaceted career which continues to bring so much creative joy to so many people.”

Williams continued, “We honor the career of distinguished concert composer, Melinda Wagner, for her rich catalog of work, her achievements, and recognize her important work as an educator and mentor. She is well-deserved to be the next recipient of The ASCAP Foundation Masters Award.”

Simpson has served on The ASCAP Foundation board for 21 years, and established the Reach Out and Touch Award which honors her late husband Nick Ashford by advancing the careers of promising songwriters with financial assistance for professional recordings of their work. Ashford & Simpson were a musical force for over three decades. The celebrated pair is responsible for such classics as “Ain’t No Mountain High Enough,” “You’re All I Need to Get By,” “I’m Every Woman,” and “Reach Out and Touch Somebody’s Hand.” They were previously honored by ASCAP with its highest honor, The Founders Award. Simpson currently owns and operates The Sugar Bar in New York City, and has appeared on Broadway.

Wagner is a celebrated composer and winner of the Pulitzer Prize for Music in 1999 for her Concerto for Flute, Strings and Percussion. Her works have been performed by the New York Philharmonic, the Chicago Symphony, and the Orpheus Chamber Orchestra. Recent performances have included the American Composers Orchestra, the United States Marine Band, Boston Modern Orchestra Project, and the Philadelphia Chamber Music Society. Wagner has been recognized with a Guggenheim Foundation Fellowship, and awards from the American Academy of Arts and Letters and ASCAP. She currently serves as the chair of composition on the faculty of The Juilliard School of Music and gives master classes, often at many esteemed institutions including Harvard, Yale, Eastman, Juilliard, and UC Davis. Melinda Wagner was elected to the American Academy of Arts and Letters in 2017.

The ASCAP Foundation Masters Award is presented to an ASCAP member who has lived a life rich in artistic achievement, and whose music is matched by personal integrity and dedication to education.

In addition to celebrating music creators who have excelled at their craft, The ASCAP Foundation Honors showcases the contributions The Foundation makes to nurturing new talent by recognizing its 2018 high school and college scholarship and award recipients. The evening will also feature performances by rising talent in various musical genres.