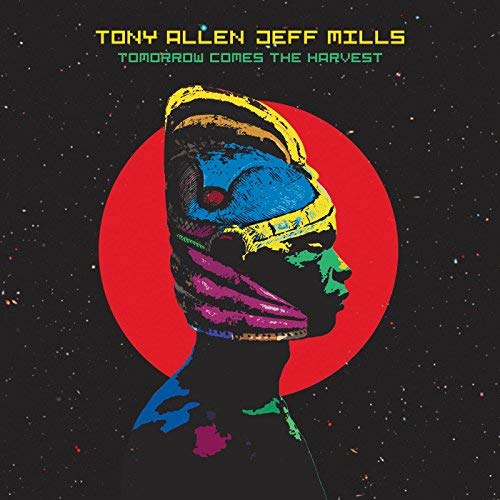 Lock yourself into the beat, but don’t become prisoner to it. Mills understands that only too well. “Not being tied to other musicians when using a drum machine and electronics live can be a liberating experience,” he explains. “Because we aren’t strapped together by some master tempo clock, I’m able to play my instruments and speak with the machine, not just program a pattern and press play. It was important to have devised this technique so that I could meet Tony creatively. We each do our thing, but we can do it together.”

In his quest to liberate himself from the tyranny of the sequencer, Mills couldn’t wish for a better partner than the father of Afrobeat. Many consider Allen to be one of the greatest drummers alive. In the last thirty years, his signature mix of Nigerian roots, polyglot jazz and no-fuss funkiness – delivered with both absolute looseness and absolute precision – has spread like a virus around the world, infecting the work of artists as diverse as Damon Albarn, Charlotte Gainsbourg and Moritz Oswald.

Mills is a titan of the electronic dance scene and a tireless innovator, who helped to give birth to the 1980s Detroit techno scene before going on to compose electro symphonies, soundtracks and sonic odysseys inspired by futurism and space travel, working with visual artists, choreographers, classical orchestras, even astronauts. His collaboration with Allen is another rhythmic conversation in a long and well-established discourse, but a special one too. “We’re working together to achieve something bigger than the both of us,” he says. “It really is a pure collaboration, not just through music, but in our minds and spirit as well.”

The same goes for Allen. He has already collaborated with quite a few electro artists during his long career but this is something else. “The difference is that Jeff can play with me, whereas the others cannot play with me. I can only play with them, but they cannot play with me…yunastan?”