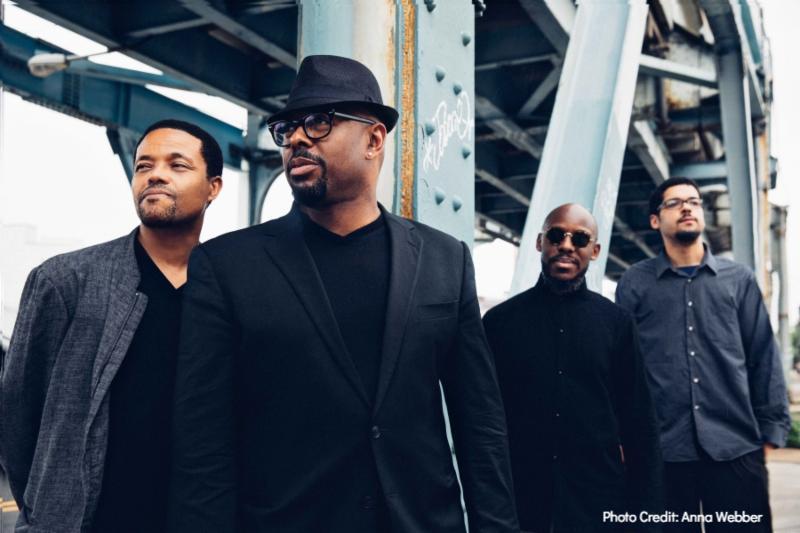 Jawn [jän]: noun. A slang terminology from Philadelphia. All-purpose term for a person, place or thing.

Sure, Christian McBride could have called his new ensemble the Christian McBride Quartet or the Christian McBride Group, or any number of other, somewhat more straitlaced variations on that basic theme. But this new chordless quartet – with trumpeter Josh Evans, saxophonist Marcus Strickland, and drummer Nasheet Waits – arrives with a bit too much grit under its fingernails to warrant a name quite that buttoned up.

If there’s one thing the acclaimed bassist knows, it’s that when it comes to grit there’s no better resource to draw from than his own hometown, Philadelphia. So, McBride turned to one of the city’s most beloved colloquialisms to christen his latest project, Christian McBride’s New Jawn. On the band’s eponymous debut, these four stellar musicians ably walk the razor’s edge between thrilling virtuosity and gut-punch instinctiveness. The release will be available on October 26 via Brother Mister Productions, McBride’s own newly launched imprint of his longtime label, Mack Avenue Records.

“I was looking for a new challenge,” says McBride of the birth of the New Jawn. “I don’t get the chance too often to play in a chordless group. Every major group I’ve been a part of for the last ten years, whether it’s been with Pat Metheny or Chick Corea or my own projects, there’s been nothing but chords. So, I wanted to see what happens if I just pull the chords out altogether.”

The result is a surprisingly bracing and adventurous outing for McBride. A world-renowned bassist regularly lauded as a musician who can do anything, he proves it yet again by venturing into new territory. New Jawn runs the gamut of stylistic approaches, from deep-rooted swing to daring abstraction, singular blues to exquisite balladry. At the core of it all is McBride’s trademark sound, robust and embracing, agile and inventive.

The New Jawn came together during McBride’s annual two-week residency at NYC’s iconic Village Vanguard in December 2015. The regular gig allows him the luxury to experiment, and this quartet was an idea that clicked, continuing to surprise and provoke each other to new heights over the ensuing years on the road. 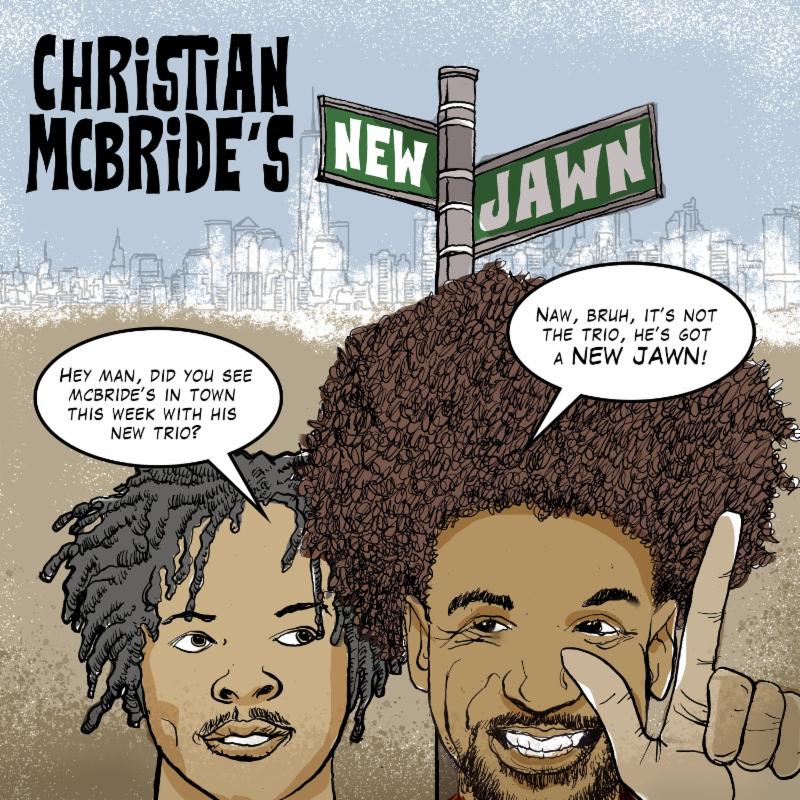 McBride had just brought his revered trio with pianist Christian Sands and drummer Ulysses Owens Jr. to a close, as Sands’ increasing reputation as a leader in his own right was making the band increasingly untenable. It’s a challenge McBride, with his impeccable ear for talent, has faced time and again – and which he fully expects to confront before long with his impressive new trumpet discovery.

“It was the same thing when I started my quintet Inside Straight and I hired this young dude named Warren Wolf to play vibes,” McBride says, “and when I started my trio and hired this young guy named Christian Sands to come play with me. You’re watching this young talent bloom right in front of your very eyes. I think what you hear is potential; you know there’s something there that’s not quite fully formed yet, but you know it’s without a doubt going to get there.”

Call something a “jawn” in Philly, and everyone will know that whatever you’re talking about has a certain hip cachet, a heavy dose of soul, and a generous helping of what in the City of Brotherly Love is known as “atty-tood.” Christian McBride’s New Jawn has all of that to spare.