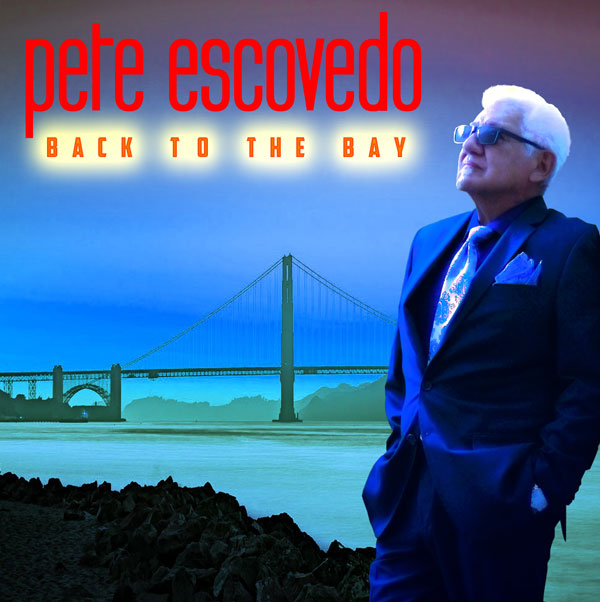 Legendary Bay Area percussionist Pete Escovedo returns with a brand-new album, Back to the Bay.

“With this new project, I wanted to reach back and taste all those wonderful flavors of music that sadly aren’t as common as they used to be,” Escovedo asserts about his latest LP. Back to the Bay marks the celebrated, 82-year old musician’s first new recording in five years, following Live from Stern Grove Festival (2013). Quite renowned, Escovedo has come a long way from observing musicians play from the steps of nightclubs as boy. His storied career includes being a member Latin-rock band Azteca and working with Grammy-winning icon Carlos Santana as a member of Santana. Also, worth noting, he’s the father of Shelia E., who’s had a successful career including working with the late, great Prince. That’s just a snippet of the story when it comes to Mr. Escovedo’s legendary status.

Back to the Bay, released May 11, 2018 via Esco, is comprised of 10 songs, clocking in at a total of 58 minutes. Escovedo vision is to capture the sound of his native Bay Area as well as revisit the glory of musical classics. Among the classics covered on Back to the Bay are Al Green’s “Let’s Say Together,” Luther Vandross’ “Never Too Much,” and Stevie Wonder’s “I Can’t Help It” (all featuring R&B singer Sy Smith), Teena Marie’s “Portuguese Love” (featuring pop/rock/soul artist Alysha Antonino), and Marvin Gaye’s “I Want You” (featuring R&B icon Howard Hewett). In addition to the aforementioned collaborations, Escovedo is also assisted by singer, songwriter, and multi-instrumentalist Bobby Caldwell (“What You Won’t Do for Love”) and singer/songwriter and soul artist Leah Tysse (“La Costa”). Safe to say, Back to the Bay is a star-studded, Latin-jazz affair.

Back to the Bay is available on Amazon, iTunes, streaming on Spotify, and other digital outlets.