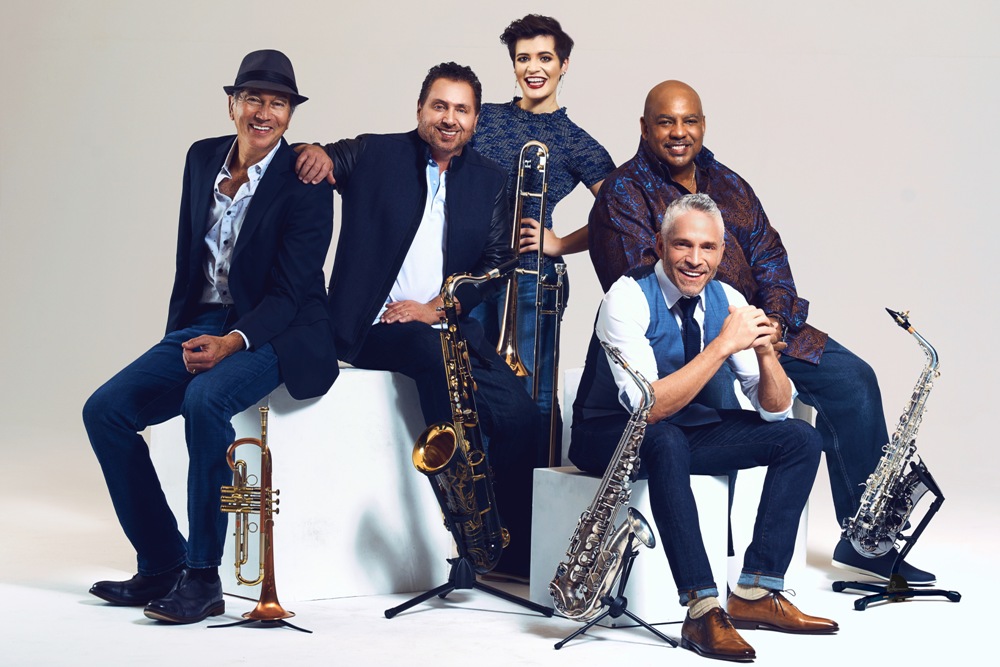 GRAMMY-NOMINATED SAXOPHONIST DAVE KOZ AND HIS FRIENDS
RETURN WITH SUMMER HORNS II FROM A TO Z,
A STUNNING SET OF 11 CLASSIC TUNES

For Immediate Release – Five years ago, after Dave Koz and Friends released Summer Horns—the GRAMMY-nominated album that paid tribute to classic songs featuring killer horn sections—all that the musicians could think about was how much fun they’d just had. They toured behind the album during the summer of 2013, then vowed to spend the following summer doing it all over again.

Summer Horns II From A To Z, scheduled for release on June 22, 2018 via Concord Records, is the result, a stunning set of 11 more timeless tunes reimagined by Koz (soprano, alto, tenor and baritone saxes), joined by alto saxophonist Gerald Albright and tenor saxophonist Richard Elliot—both returnees from the earlier session—with new additions Rick Braun (trumpet) and Aubrey Logan (trombone and vocals). A crew of ace rhythm players collaborates with the Summer Horns lineup along with a who’s who of arrangers: Tom Scott (who’s worked with everyone from Frank Sinatra to Aretha Franklin to Steely Dan), Greg Adams (best known for Tower of Power, but also Santana and Elton John) and GRAMMY-winning arranger Gordon Goodwin. Braun, himself a legend of contemporary jazz, produced the album, with co-production by Koz.

With the creative team in place, the biggest dilemma facing Koz, Braun and the others was which songs to choose—or, rather, how to narrow down an enormous list of contenders. “My original list was in the hundreds,” Koz says. “We’d have good-natured arguments during weekly conference calls. We each pitched songs and then tried to get other people on our team.”

Recording Summer Horns II From A To Z, says Koz, was just as much of a treat as the first go-round in 2013. “It reminds me of my youth,” he says of this music. “I grew up playing in jazz bands. That’s how I was educated in music, playing in a saxophone section and playing in a big band, then sometimes doing small group stuff, playing with other horn players. For most horn players, even if you go on to do more solo work, part of your identity is rooted in being in a section and blending with others. How do you do this? How do you play that? All these fine nuances of music are in there somewhere.”

That passion is shared by all of the musicians who took part in the project, and audiences fortunate enough to catch a live Summer Horns show—they’ll be touring this summer—immediately feel the heat too. “With this music, the fans know every song,” says Koz. “And the musicians leave their egos at the door and show up with a commitment to the band. We know that this is not a replacement for our solo careers, that we will resume them eventually, so it’s not like we’re saying bye-bye to that. But people see all the star power on stage—where everybody could do a two-hour show on their own—the five of us with an incredible band, and it’s an event. Then we get addicted to the response from the fans! That’s why we did it again.” 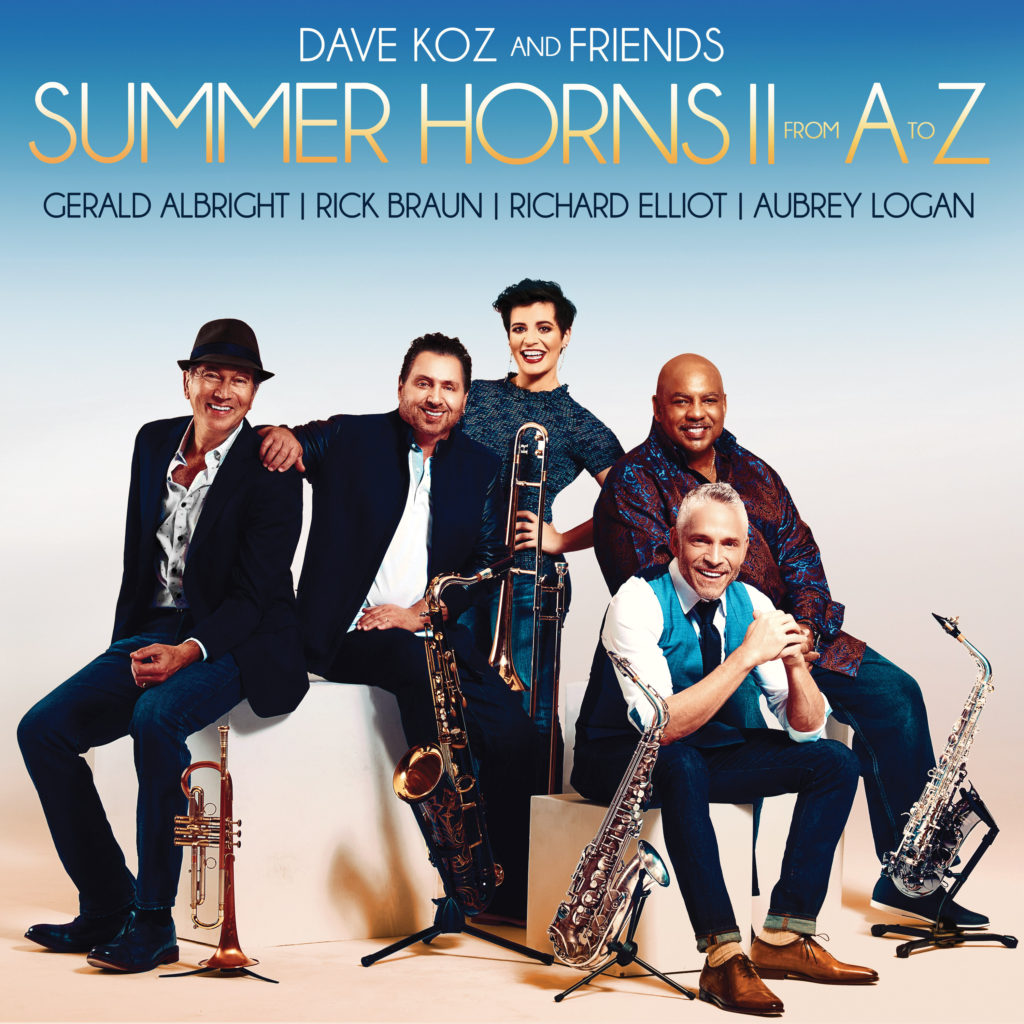 Dave Koz on the web:

1. Getaway / That’s The Way (I Like It)
2. More Today Than Yesterday
3. Keep That Same Old Feeling
4. From A To Z (Take The “A” Train / Roc Boys (And The Winner Is))
5. This Will Be (An Everlasting Love) featuring Kenny Lattimore and Sheléa Frazier
6. Before I Let Go
7. Late In The Evening featuring Jonathan Butler
8. If You Really Love Me
9. Conga featuring Aubrey Logan and Gloria Estefan
10. Earth Song
11. Route 66 featuring Aubrey Logan