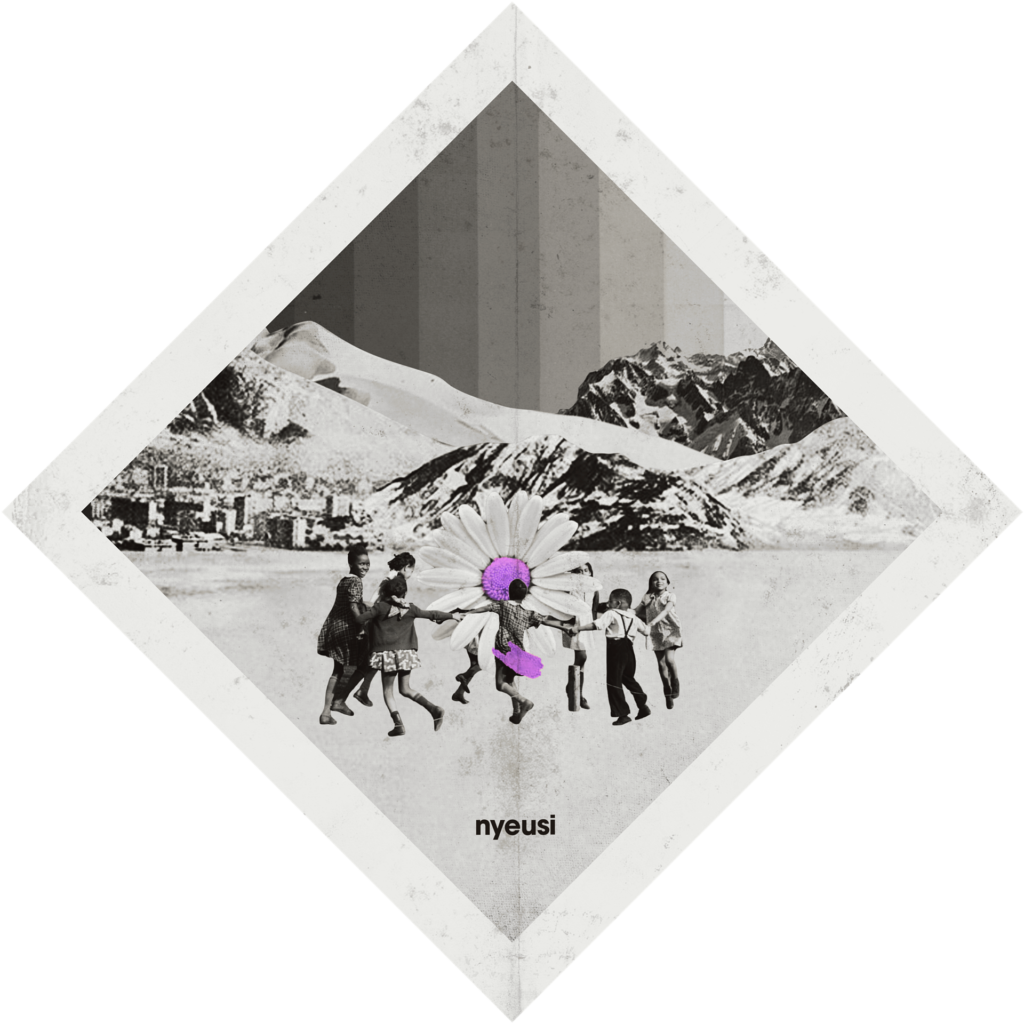 Justin Brown Makes His First Statement
As Bandleader With
NYEUSI

Drummer Justin Brown makes his much awaited bandleader recording debut with Nyeusi on Biophilia Records to be released June 29, 2018.

After years as an essential member of groups led by Ambrose Akinmusire, Thundercat, and Flying Lotus – he’s also been tapped to round out the sound for Esperanza Spalding, Terence Blanchard, Bilal, Vijay Iyer, and many others – Brown is finally ready to extend his reach beyond the drum set to lead his own band, Nyeusi.

“Being a bandleader, specifically, is very important because I want to give back,” Brown says. “I want drummers to see themselves in the front line, full effect, composing and artistry. We’re more than drummers. We can write, compose, and lead a band. There is no Justin Brown band; it’s featuring everyone.”

Rounding out Nyeusi are Jason Lindner and Fabian Almazan on keys, Burniss Earl Travis on bass, and Mark Shim on wind controller. Brown on drums is the engine propelling an intoxicating synthesis of varying influences that offers deep groove and charged improvisations.

“I cannot think of a more highly anticipated debut by an artist right now that is also a lynchpin in today’s creative music scene. I will be first to listen.” says The Checkout from WBGO’s Simon Rentner. 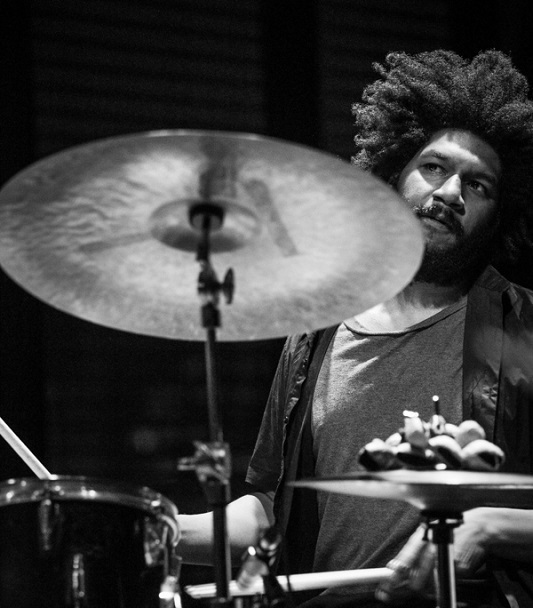 Nyeusi, pronounced Nee-yo-see, is Swahili for the word black. Brown studied the African language at high school in Berkley California instead of taking the usual courses of French or Spanish. He doesn’t remember much, but that word always stayed with him.

It’s also the word Brown uses to describe the album’s sound. “The color black alone has so much beauty and darkness. That’s ultimately what I’m trying to convey,” he says. “I’m a black man living in a black/dark time. My experiences through that color always come up, always rooted in blackness.”
Image

As Modern Drummer points out about Brown, “there’s nothing about the way he plays that boxes him into any particular era or camp.” Nyeusi is a modern-sounding and forward-thinking record in every respect, not defined by genre, style, or groove.

Brown says, “it’s a jazz album, it’s a hip hop album, it’s an instrumental album. Jazz is living in the now.” He says he can’t help adapting to all kinds of styles. “You have to have one foot in the past and one foot in the future, and that’s what I hope for people to hear when they hear this album.”

Born in Richmond, California to a gospel musician mother, Brown was introduced to music in the womb, where she says he would kick to the beat. He started drumming at two years-old in church and began his formal jazz education at 10 with the Young Musician’s Program at UC Berkeley and later Berkeley High. Encouraged to attend Juilliard after being awarded a full scholarship, he moved to New York in 2004, but withdrew on the first day to pursue a life-changing career experience over education, playing on the road with Kenny Garrett and Josh Roseman.

Trust, patience, and persistence have been instrumental to Brown’s artistic maturity. Gaining the confidence and support from some of today’s premier music-makers have only sharpened his clarity, purpose, and philosophy as a bandleader.

“I strongly feel that the music will speak for itself,” says Brown. “And even though I was blessed to write this music, it’s essentially not for me; it’s for the people. I was given something to give it back.” With Nyeusi, he’s ready to make his statement.

Nyeusi will be released by Biophilia Records as a Biopholio™, a double-sided, 20-panel origami-inspired medium bursting with vibrant artwork and liner notes; each one made entirely out of FSC-certified, robust paper, hand-folded and printed using plant-based inks. In each Biopholio™ is a unique code to digitally download the music in the preferred format. This innovative design caters to the environmentally conscious listener, who is aware of the harmful effects of plastic in the environment, yet feels that a digital download is just not enough. Biophilia’s artists are united by a common interest in having a positive impact on the environment and our communities. To that end, they collaborate with organizations that specialize in conservation, sustainability and outreach initiatives.