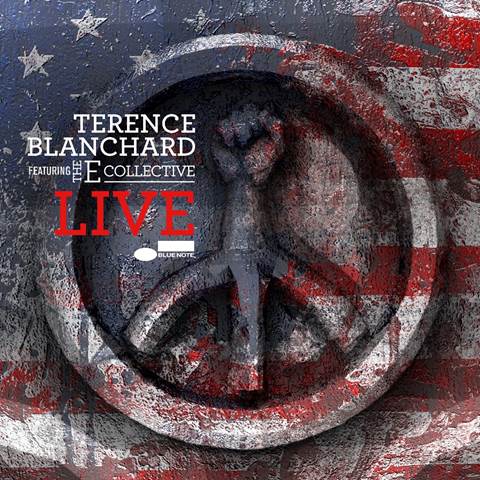 2018 USA Fellow and five-time Grammy-winning trumpeter/composer Terence Blanchard has been a consistent artistic force for making powerful musical statements concerning painful American tragedies – past and present. With his band The E-Collective he once again addresses the staggering cyclical epidemic of gun violence in America with the April 20 release of his new album Live (Blue Note), 7 powerful songs recorded live in concert that both reflect the bitter frustration of the conscious masses while also providing a balm of emotional healing. With a title that carries a pointed double meaning, the album is an impassioned continuation of the band’s GRAMMY-nominated 2015 studio recording, Breathless.

The music of Live was symbolically culled from concerts performed at venues in three communities that have experience escalating conflicts between law enforcement and African American citizens: The Dakota in Minneapolis (near where Philando Castile was pulled over and shot by a cop on July 6, 2016); The Bop Stop in Cleveland (near where 12-year-old Tamir Rice was shot by police on November 22, 2014); and the Wyly Theatre in Dallas (near where police officers Lorne Ahrens, Michael Krol, Michael Smith, Brent Thompson and Patricio Zamarripa were assassinated while on duty covering a peaceful Black Lives Matter protest on July 7-8, 2016). The E-Collective’s Live project condemns gun violence of all manner whether against profiled citizens of color or targeted members of law enforcement. 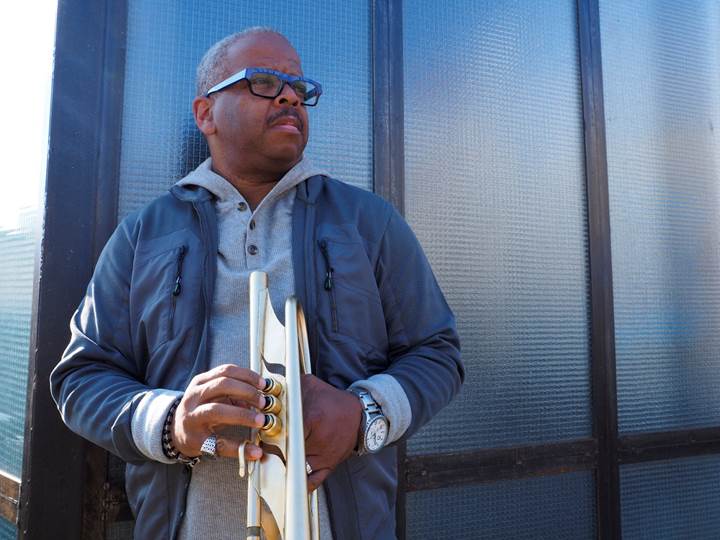 Experimental, electric and exotic, E-Collective consists of Blanchard on trumpet, Charles Altura on guitar, Fabian Almazan on piano and synthesizers, Oscar Seaton on drums, and new addition David “DJ” Ginyard on bass. Discussing the origin of E-Collective, Blanchard states, “I didn’t put this group together to be a protest band. We started out wanting to play music to inspire young people… However, while we were on tour in Europe, Mike Brown got shot. Trayvon Martin had already been murdered. And back then it seemed like these shootings were happening every month. That’s when I felt we had to stand up and make a statement with our 2015 album, Breathless [named in honor of Eric Garner who pleaded in vain to a pile of police officers with their knees in his back that he could not breathe]. After touring that music for two years, we couldn’t just let it go.”

A true Renaissance man, Blanchard is currently in the studio scoring the new Spike Lee film, Black Klansman, and is also at work on a new opera, Fire Shut Up in My Bones, in tandem with Director Kasi Lemmons and esteemed writer Charles Blow to premiere in 2019. He continues to teach at Berklee School Of Music for the third year in a row as Artist-In-Residence, working with students in the areas of artistic development, arranging and composition. Blanchard also participates in master classes around the world as well as local community outreach activities in his beloved hometown of New Orleans.

The track listing for Live is as follows: