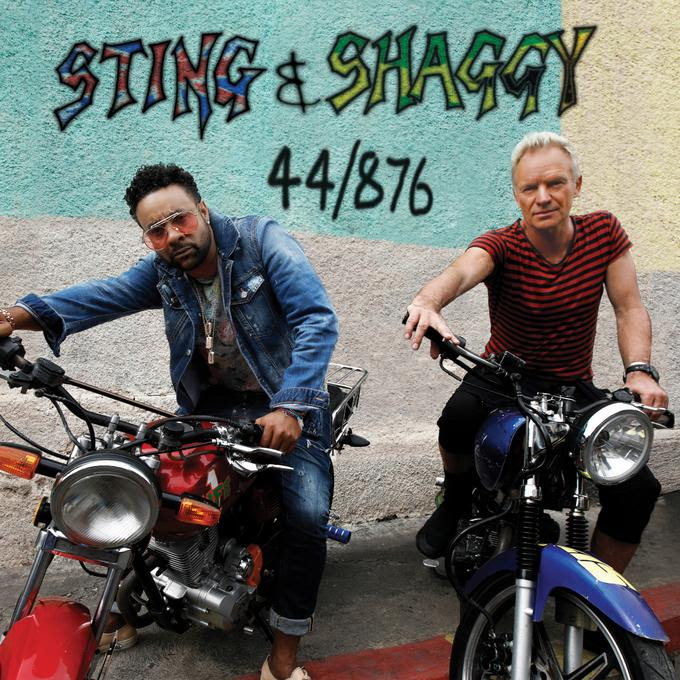 Upcoming Television Appearances Include, Live with Kelly and Ryan, Watch What Happens Live with Andy Cohen, The View and ABC’s Nightline

Duo to Embark on a European Summer Tour

Sting, who wove Jamaican rhythms into his early work with The Police as well as his solo repertoire, and Shaggy, born and raised in Kingston, Jamaica and cutting his musical teeth in the dance hall clubs of Brooklyn and Manhattan, initially joined creative forces to record “Don’t Make Me Wait” as a tribute to the Caribbean sounds that influenced them both – and ended up recording an entire album full of joy, melody and uplifting music.

“Don’t Make Me Wait” was released on January 25 and debuted at #1 on Billboard’s digital reggae single sales chart. The release was followed by a performance on the 60th Annual Grammy Awards as well as the NFL’s Super Bowl Tailgate event that aired on NBC Super Bowl Sunday.

The iconic duo recently performed “Don’t Make Me Wait” and “Morning Is Coming” on Good Morning America this past Friday, March 9th. A host of additional television appearances are lined up in support of their new release including Live with Kelly and Ryan (April 24), The View (April 25), Watch What Happens Live with Andy Cohen as well as ABC’s Nightline. Additional appearances will soon be announced.

Sting & Shaggy will also be extending their collaboration to the road this summer when the two Grammy-award winning artists embark on a European tour of various historic venues, performing their most celebrated hits as well as selections off their forthcoming album.

See below for all configurations and complete track listing for 44/876: