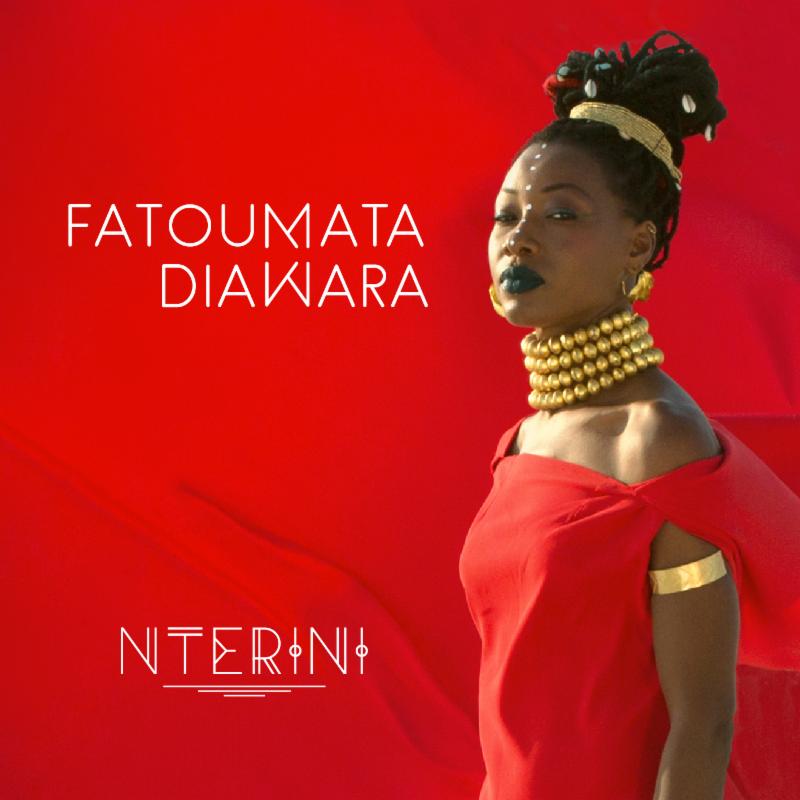 The Afrofuturist Visionary, Actress & Activist Releases Shanachie Debut Fenfo (Something To Say) On 5/18!

(Muluneh’s work will show at the New York Museum of Modern Art’s exhibit “Being: New Photography 2018” this summer)

If Africa is the future, then Malian singer/songwriter, guitarist and actress Fatoumata Diawara is a woman ahead of her time. The stunning and socially conscious young artist has used her music to address the pressing issues of arranged marriage, genital mutilation, domestic violence and campaigned against the trafficking and sale of black migrants in Libyan slave markets. Diawara has made it her mission to speak truth to power and sees herself as carrying on the work that has been started by such powerful voices as Miriam Makeba and Angélique Kidjo. Her potent anthems and mesmerizing music have allowed her to collaborate with everyone from Bobby Womack, Herbie Hancock, Flea from the Red Hot Chili Peppers and Damon Albarn, to Roberto Fonseca, David Crosby, Amadou & Mariam, Oumou Sangaré and Snarky Puppy, among others. On May 18 2018, Shanachie Entertainment will release Fatoumata Diawara’s sophomore recording, Fenfo which means “Something To Say.” Shanachie Entertainment General Manager, Randall Grass states, “I was entranced by the music and artistry of Fatoumata Diawara from the moment I heard her debut album several years ago. Since then, she has only grown as a musician, as an activist and an Afrofuturist visionary – the African equivalent of Janelle Monáe. We are thrilled to be bringing her magnificent new album to American audiences.”

Fatoumata Diawara will support Fenfo with a slate of performances in select North American cities; see below for a list of dates. After a January 2018 multi-artist tribute concert at Carnegie Hall, highlighting protest music of the 1960s, Rolling Stone said the following about Diawara, “The singer and guitarist, originally from Mali, provided two of the night’s most striking moments. Her ode to the power of women, ‘Mousso,’ sung in her native language, was hypnotic, and her captivating stage spins enhanced her anthemic ‘Unite.'” Fenfo is Diawara’s first new recording in six years. She shares, “I didn’t want to sing in English or French because I wanted to respect my African heritage. But I wanted a modern sound because that’s the world I live in. I’m a traditionalist but I need to experiment, too. You can keep your roots and influences but communicate them in a different style.” Diawara adds, “Fenfo expresses how I feel and how I want to sound. It’s a record that says who I am.” In addition to the Aïda Muluneh directed “Nterini” video, the music on Fenfo is accompanied by Muluneh’s gorgeous photography. Both the photo and video shoot took place in the remote Afar region of Ethiopia, to which archeologists have traced the origin of humanity. The shoot’s concept is based on Afrofuturist influences in combination with visual elements inspired by Mali’s Dogon ethnic group. “When we speak of the future of Africa and the movement of Afrofuturism, it is in a sense to re-imagine a different Africa, one that explores a different dialogue outside of the foreign gaze,” Muluneh explains.

“This song is about the heartache felt by two lovers separated by distance.
My love and my confidant has gone far away and has not sent any news back to me.
I love him despite everything and I miss him every day. I want to hear from my darling;
otherwise I cannot sleep well at night.” – Fatoumata Diawara

Diawara dazzled music fans in 2011 with her debut album, Fatou, which featured guest performances from legendary musicians John Paul Jones, Tony Allen and Toumani Diabaté. The record was hailed by Pitchfork as a “beguiling album” that “simply surrounds you with its atmosphere,” while The Guardian praised it as “an enjoyable, impressive set.” 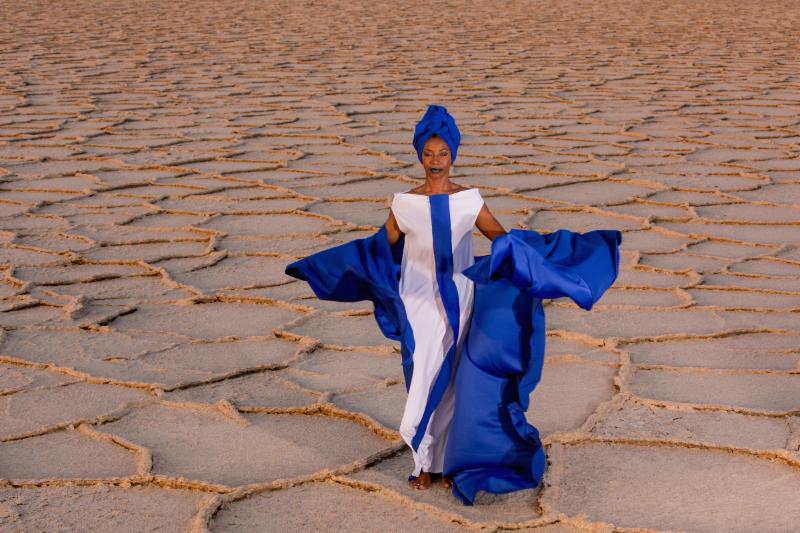 About Fatoumata Diawara
One of 11 children born to Malian parents in Ivory Coast, Fatourmata Diawara grew up in the ’90s in the Malian capital of Bamako. A celebrated child actor, Diawara starred in Dani Kouyaté’s critically acclaimed 2001 film Sia, The Dream of the Python. At age 19 she left home against the wishes of her family and joined the French street theater company Royale de Luxe, with whom she toured the world and began singing in the clubs and cafés of Paris. Diawara eventually found herself singing backing vocals for Dee Dee Bridgewater and Malian superstar Oumou Sangaré before signing with influential label World Circuit Records for her debut album. In addition to Sia, Diawara’s film credits include the Academy Award-nominated Timbuktu, Morbayassa and Clouds of Conakry, as well as the documentaries The Africa Express and Mali Blues.

About Aïda Muluneh
Aïda Mulunehis considered one of the leading experts on photography from Africa. She has worked as a photojournalist at the Washington Post and her freelance work has appeared in a wide array of prestigious publications. As an exhibiting artist, Muluneh’swork has been shown internationally. A collection of her images can be found in the permanent collection at the Smithsonian’s National Museum of African Art and her work will be showcased this summer in the “Being: New Photography 2018” exhibition at New York’s Museum of Modern Art (MOMA). Diawara and Mulunehfirst met in Paris in 2017 and quickly fell in love with each others’ work. The result is Muluneh’s first photo shoot for a music project and her first video as a director, shot on location in the Afar region in the northeast of Ethiopia. 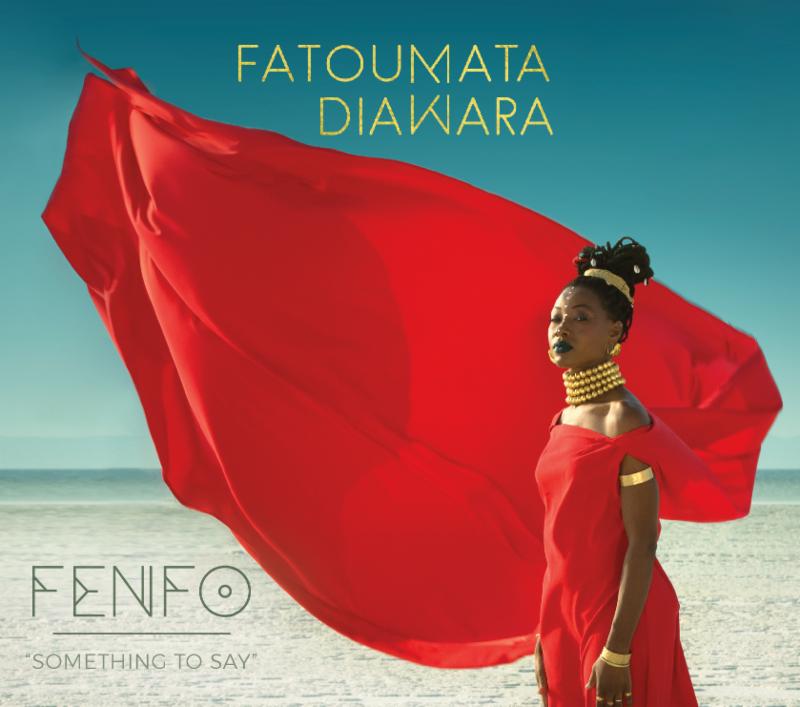