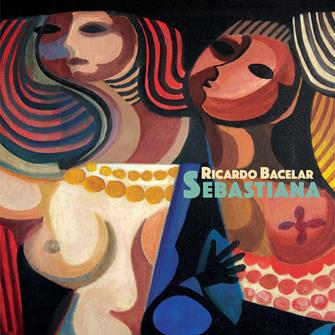 “Sebastiana,” dropping March 30, is a collection of authentic instrumentals and vocal songs for global consumption showcasing Brazilian classics and originals.

FORTALEZA, BRAZIL (13 February 2018): Last July, pianist-composer-arranger Ricardo Bacelar jetted from his home in Brazil to Miami, the place he calls “the center of Latin music in the world,” where he gathered an ensemble of Latin American musicians to honor the roots of Brazilian music while incorporating each musician’s unique culture on a jazz-centered album. An ambitious vision that he conceived with an international view with the project’s producer, Cesar Lemos (Ricky Martin, Paulina Rubio), the 15-track “Sebastiana” drops March 30 from Bacelar Productions. Preceding the sprawling set list of hallmark Brazilian reinterpretations and originals written or co-written by Bacelar is the ethereal “Nothing Will Be As It Was,” featuring two Americans – vocalist Maye Osorio and pedal steel guitarist Steve Hinson – on the multi-format crossover radio single portrayed in a striking animated video.

Bacelar and Lemos had never worked together prior to “Sebastiana.” They authored a pair of tunes for the disc, “Suco Verde” and “Sernambetiba, 1992,” the latter being a swoon-inducer graced by Lemos’ celestial vocalizations on the track named for the street where the two friends first met and shared an apartment 25 years ago. The Brazilian duo’s comprehensive approach for the contemporary jazz and trippy fusion session included inviting musicians from Cuba, Argentina, Venezuela, Colombia, Peru and the U.S. to play on the date. The collective employed uniquely Latin American rhythms and instruments on the lushly-layered tracks such as vallenato (a Colombian rhythm performed using a diatonic accordion and vallenato box), sangueo (a Venezuelan rhythm constructed of cumaco and mina drums), bomba (a Puerto Rican genre originating in the West Indies and derived from the west coast of Africa using drums made from barrels), timba (an energizing Cuban rhythm), the Andean charango (a stringed instrument part of the lute family), and the bandoneon, a concertina with roots in Argentina.

“When I recorded the album, I wanted to pay homage to Brazilian music presenting the distinct performances of Latin American musicians, who put elements of their own cultures into the fusion of influences, giving a lot of personality to the work. I wanted to make a Brazilian music record for the international market, inserting other elements to add another point of view and extol the importance of this special repertoire,” said Bacelar. “Jazz is the language of improvisation and communication. The fusion of elements of cultures and influences in a recording turns the music into a transmission vehicle of knowledge.”

In the 1980s and 90s, Bacelar was a member of the popular Brazilian rock band Hanoi Hanoi before dramatically changing musical directions to release his intimate solo debut, “In Natura,” in 2001. Preoccupied with his work as a lawyer focused on the staunch defense of copyrights and intellectual properties, he didn’t release another album until 2016’s “Concerto Para Moviola,” a concert DVD and CD recorded live with an eight-piece band. For more information, please visit http://ricardobacelar.com.br.

“Nothing Will Be As It Was”

“Somewhere in the Hills”