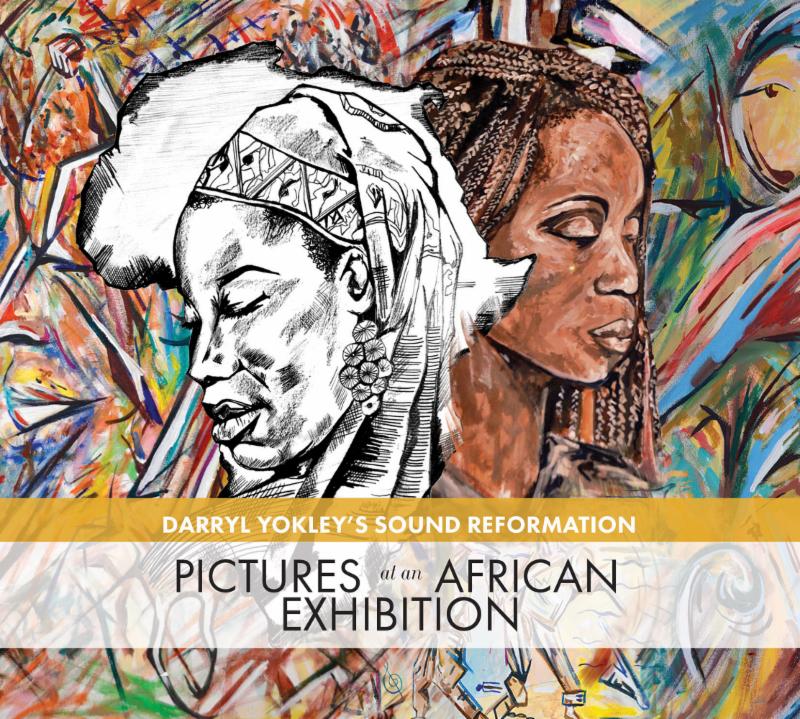 Picture yourself strolling through the doors of an art gallery or into the marble halls of an art museum. The walls are lined with bold, colorful images, some vivid abstracts, many assertively figurative. As you take in the striking landscapes and strong faces, a story emerges — no less a story than the history of humankind, but also a story that resonates with today’s headlines, a story still unfolding. Now what would that sound like?

Saxophonist/composer Darryl Yokley has created the soundtrack to just such a gallery of images on his new album, Pictures at an African Exhibition. The album, due out April 20 via Truth Revolution Records, was created in collaboration with British-born artist David Emmanuel Noel, who painted pieces to accompany each of Yokley’s 13 new compositions. The music supplements Yokley’s band Sound Reformation — pianist Zaccai Curtis, bassist Luques Curtis, and drummer Wayne Smith Jr. — alongside special guest drummer Nasheet Waits and a 12-piece wind ensemble, assembling a group with a sound palette vast enough to match Noel’s visual one.

The album’s title points to its clear inspiration, Modest Mussorgsky’s famed “Pictures at an Exhibition.” But where Mussorgsky penned music inspired by the artwork of his friend Viktor Hartmann, Yokley decided to write his suite first and ask his friend Noel to create the exhibition to match. The ambitious suite begins with the dawn of the human species and traces an alternately triumphant and tragic tale of migration and enslavement, celebration and warfare, ending on a cautiously optimistic hope for the future. 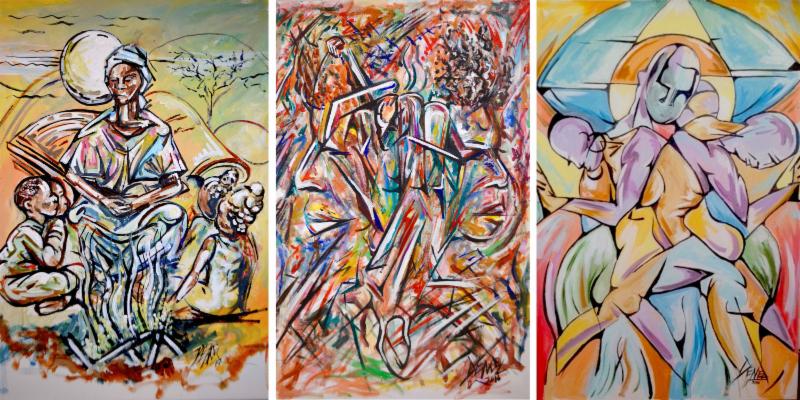 “I’ve always wanted to work with Nasheet Waits, but Wayne is such a great drummer for the group,” Yokley says. “Then it dawned on me that I could use two drummers because the drum is the predominant instrument in Africa. It ended up working out wonderfully because the rhythms they produced together provide a plethora of inspiration for the musicians to improvise to as well as being a representation of African culture.”