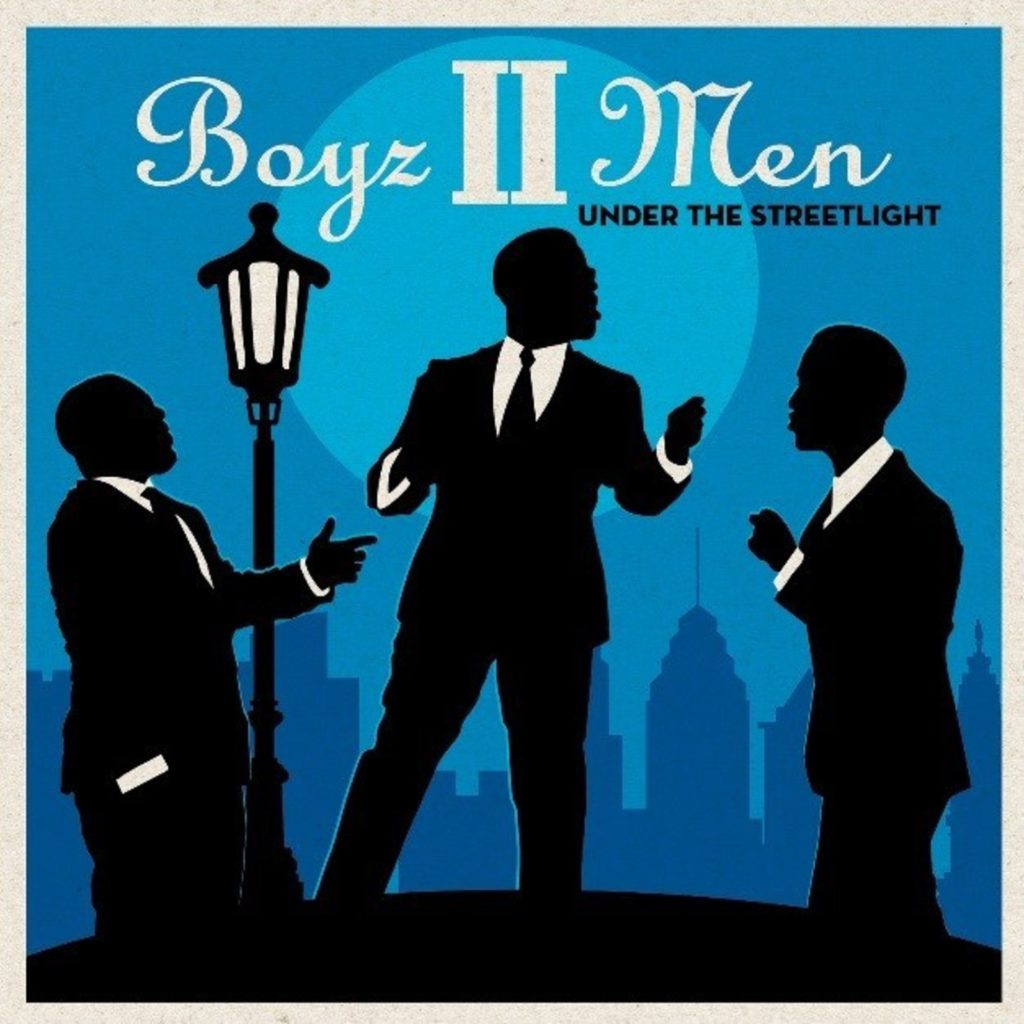 “Growing up and experiencing doo-wop music definitely influenced Boyz II Men’s sound,” said Nathan Morris of Boyz II Men. “Under the Streetlight has been a passion project that we’ve wanted to create for a while to bring us back to our roots and make the music that inspired us when we first started the group.”

On Under the Streetlight, Boyz II Men put their spin on classics such as “Why Do Fools Fall in Love,” (Frankie Lymon & The Teenagers), “Stay” (Maurice Williams & the Zodiacs) and “I Only Have Eyes for You” (The Flamingos) along with an original composition, “Ladies Man.”

The album also features three guest vocalists who join the trio: Multi-platinum R&B artist Brian McKnight on “I’ll Come Running Back To You,” “Tears On My Pillow,” and “A Sunday Kind Of Love”; Olivier Award Winner Amber Riley (Glee, London’s Dreamgirls) on “Anyone Who Knows What Love Is”; and ten-time Grammy® winners Take Six join the trio on “A Thousand Miles Away.”

Fresh off their sold-out tour with New Kids on the Block and Paula Abdul, fans can catch the best-selling R&B group sold Boyz II Men during their ongoing residency at the famed Mirage in Las Vegas and on their global tour.