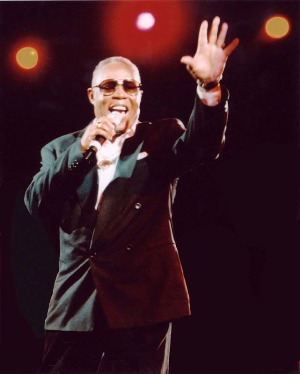 R&B music sensation Sam Moore will be performing at this year’s PBS special: A Capitol Fourth!

Legendary soul man Sam Moore will be performing with the Blue Brothers at this year’s 37th edition of PBS’ A Capitol Fourth, the annual event that airs on Tuesday, July 4th from 8:00 to 9:30 p.m. ET. This star-studded show will be airing live from the West Lawn of the U.S. Capitol.

Named one of the “Top 100 Greatest Singers of All Time” by Rolling Stone Magazine, Moore is best known as one half of the famed Grammy-winning R&B duo Sam & Dave. Their monster hit “Soul Man” catapulted them up both the Pop and R&B Charts selling more than 10 million records worldwide. The Blues Brothers, who based their stage presence and personae on Sam & Dave, premiered their breakthrough, high‐energy rendition of “Soul Man” during their national television debut in 1978 on Saturday Night Live. “I couldn’t think of a more fitting way to honor the 50th anniversary of the release of my 1967 Grammy winning song ‘Soul Man’ than to be asked to perform it with the Blues Brothers on the West Lawn of the U.S. Capitol,” said Sam Moore, whose album An American Patriot is scheduled for release later this summer.

Communicating this news would not only be a compelling story for the Soul and R&B music community, but the nation as a whole.

The program can also be heard live over NPR stations worldwide, live-streamed online on Facebook Live and http://www.pbs.org/a-capitol-fourth and available as Video on Demand for a limited time of July 4th to the 18th.

For more information and press releases regarding the show, visit PBS Pressroom at
http://pressroom.pbs.org
http://www.pbs.org/a-capitol-fourth/home/