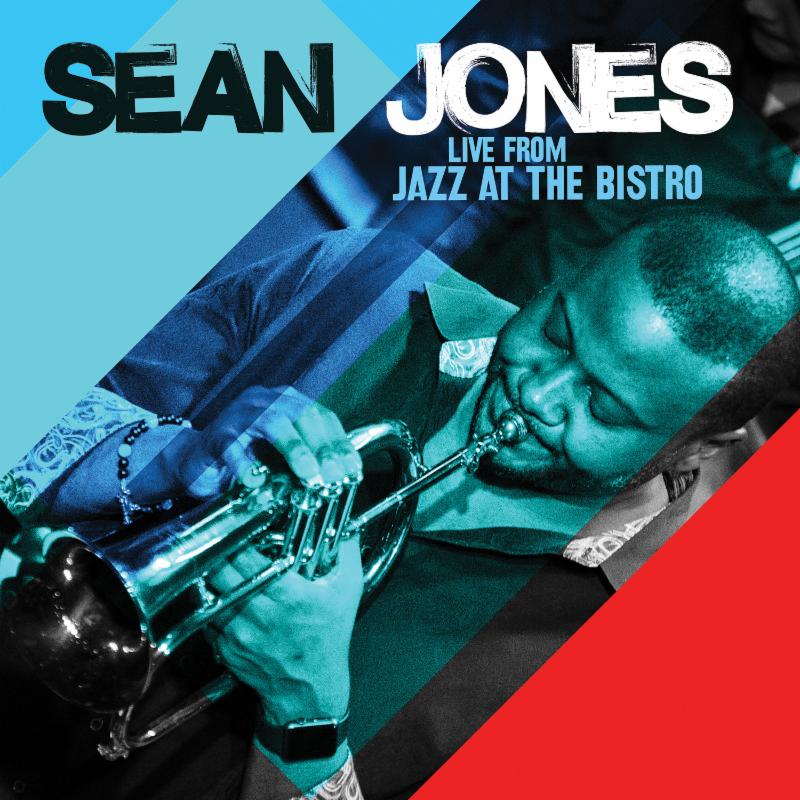 The young jazz veteran trumpeter Sean Jones believes passionately in championing the creative arc of artists who are committed to their life journey. “I think the progression of the art form [jazz] comes with people being allowed to be themselves in their rawest form with no compromise,” he has noted and added, “My body of work is going to show a progression of who Sean Jones is in the most honest form.”

While he spoke these words a few years ago, they serve as a vivid manifesto for his new Mack Avenue Records album, Live from Jazz at the Bistro, his eighth for the label and arguably the most dynamic, playful and loose-limbed excursion of his career. Indeed, the 38-year-old Jones brings to the sessions a stalwart poise, the fire of ecstasy and a whimsy in motion. “In a nutshell, I’ve been wanting to do a live album for a while,” he says. “I wanted to capture the band’s energy live and record what it’s like to go to one of my gigs. Granted, recording in a studio creates a polished sound where the music is all tied up. But this album, it’s real raw.”

Recorded at the St. Louis club Jazz at the Bistro, the seven-song album, produced by Al Pryor, features Jones presenting two versions of his band, as quartet and quintet, as they “hover on the bandstand between sobriety and intoxication,” he says. The longstanding quartet, comprising pianist Orrin Evans, bassist Luques Curtis and drummer Obed Calvaire has been together for eleven years.

“Having a band this long is really rare in jazz these days,” Jones says. “It’s really hard to do, but we have managed to keep playing together. When we play, it’s become like a conversation, like second nature.” The exception here is bringing in drummer Mark Whitfield Jr. on four tunes as a replacement for Calvaire, due to a scheduling conflict. On the four quintet tracks, Jones showcases another old friend and collaborator, alto and soprano saxophonist Brian Hogans. 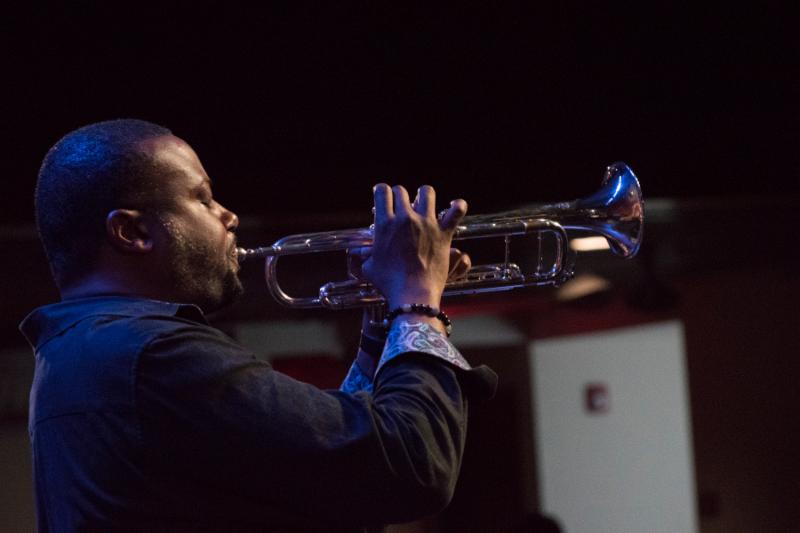 About Sean Jones:
Live from Jazz at the Bistro represents one more triumph in a career that has been impressive in its expanse of accomplishments. A gospel-bred drummer who switched to trumpet when he was ten after hearing Miles Davis’ Kind of Blue and Amandla, Jones found his jazz epiphany basking in John Coltrane’s A Love Supreme, which summed up the youngster’s desire to explore the spirituality of the music. He received his master’s at Rutgers University, and then quickly began his ascent into the upper echelons of the jazz world.

He served for six years as the first-chair trumpeter for the Jazz at Lincoln Center Orchestra, toured Europe with Herbie Hancock, Marcus Miller, and Wayne Shorter with a Miles Davis project, and is now in his fifth year as a member of the SFJAZZ Collective. Heavily involved in education, Jones has taught at Duquesne University, Oberlin Conservatory of Music, and is now chair of the brass department at Berklee College of Music.