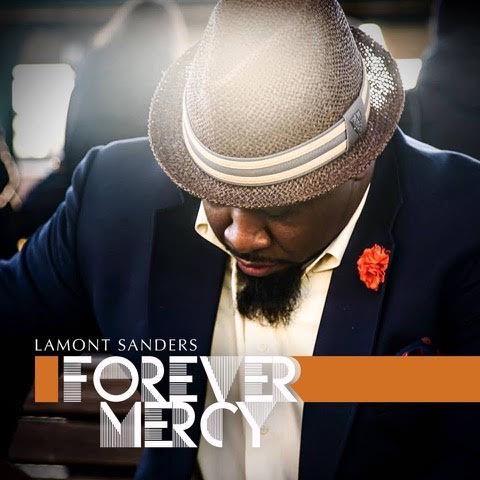 Mercy is compassion, forgiveness or divine favor toward someone whom it is within one’s power to punish or harm and something, which God pours out over us daily. Isn’t it an humbling feeling to know, that God’s love runs deep and his mercy is forever, regardless of our shortcomings?

New Gospel Artist, Lamont Sanders has made a commitment to honoring God for his mercy toward us and has shared it through the powerful and vertical song of Glory and Praise, “Forever Mercy“.

“Forever Mercy” is now at radio and is an authentic musical letter to the Lord, straight from the hearts of many who recognize the power of God’s mercy over their lives.

Written by, Lamont Sanders, “Forever Mercy” makes a grand entrance with it’s riveting lead guitar arrangements, genuine lyrics and dynamic vocals led by Sanders. Sanders’ penned his new radio single, as a reminder, that God meets us where we are and we can not out sin God’s grace.

“You met us where we are, you left our faults on the cross, you never judged, but loved us most…amazing that you would die for me, Thank you for your loving grace and mercy towards me.” We sing, Hallelujah Jesus, Your mercy endureth forever.”-Lyrics from “Forever Mercy”

Hailing from New Jersey, Lamont Sanders is no stranger to the music scene and has been featured on National platforms including, BET Bobby Jones Gospel Showcase and performed on stages with Tye Tribbett, Martha Munizzi, Dorinda Clark- Cole, Lisa Page Brooks and Bryan Popin.

“Forever Mercy” is the lead single from Lamont Sanders’ forthcoming project, to be released in 2017.

Download “Forever Mercy” on iTunes and other online digital retailers.