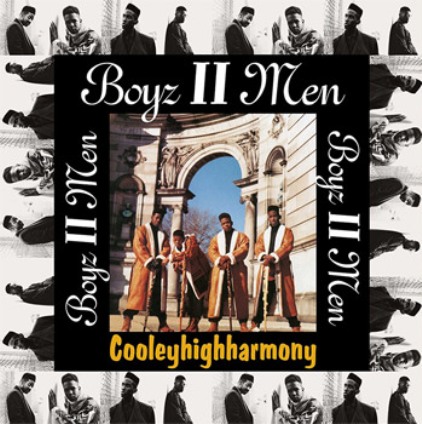 LOS ANGELES, July 6, 2016 /PRNewswire/ — Formed at Philadelphia High School for the Creative and Performing Arts by Nathan Morris and Marc Nelson (who eventually left), later joined by fellow school choir members Wanya Morris, Shawn Stockman and Michael McCrary, Boyz II Men found their inspiration in the echoes of their school bathroom and their city’s tradition in classic a cappella and doo-wop harmonies. Inspired by New Edition, they took their name from one of the group’s songs, and then impressed the band’s lead singer Michael Bivins with an impromptu backstage audition of “Can You Stand the Rain,” leading to his agreeing to manage and produce them. 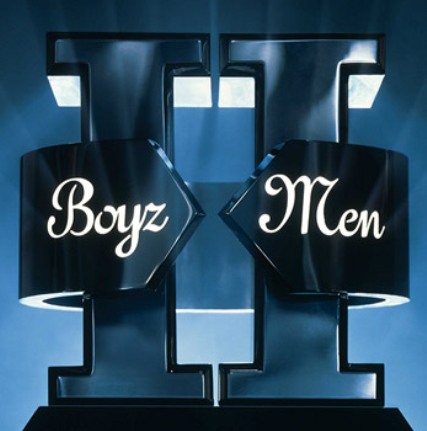 UMe is marking the 25th anniversary of the release of Boyz II Men’s 1991, GRAMMY®-winning debut, Cooleyhighharmony and its multi- GRAMMY®-winning 1994 follow-up, II, with exclusive vinyl releases of both, with the latter, a two-LP set, for the first time ever on that format, on August 19.

The album’s first single, the Austin-produced “Motownphilly,” set the tone, an origin story in which Bivins raps how the group met, with a title perfectly describing a new Motown Sound. The song peaked at #3 on the Billboard Hot 100, and #1 on the R&B chart; the song’s popular video featured cameos by fellow high school alumni Black Thought and Questlove of The Roots. The album’s second single, the band’s cover of “It’s So Hard to Say Goodbye to Yesterday,” written by the husband-and-wife songwriting team of Freddie Perren and Christian Yarian and originally performed by G.C. Cameron for the Cooley High film soundtrack, hit the top of Billboard’s Hot R&B/Hip-Hop Songs, and crossed over to #2 on the Hot 100, blocked only by Michael Jackson’s “Black or White.” The third single, “Uhh Ahh,” also topped the Hot R&B Singles chart and went to #16 on the Hot 100, and was later sampled by Beyonce Knowles for her 2011 song, “Countdown.” The final single released from the album, the Dallas Austin-produced “Please Don’t Go,” went to #8 on the Billboard R&B chart.

While Cooleyhighharmony was re-released in 1992 with a new cover, remixes and an inclusion of the single, “End Of The Road,” then again in 1993 to include “In The Still Of The Nite (I’ll Remember),’ from the soundtrack of the TV mini-series, The Jacksons: An American Dream, this vinyl reissue is the original 10-track release with its (now-rare) original cover. Motown/UMe released a 2-CD deluxe edition of the album, including two previously unreleased songs, in 2009.

Boyz II Men’s II, originally released on Motown Records, August 30, 1994, was the group’s global breakthrough, featuring two consecutive Billboard Hot 100 singles in “I’ll Make Love To You” and “On Bended Knee,” making the group the third artist to succeed themselves at #1 on the U.S. chart after Elvis Presley and The Beatles, and the first to achieve the feat in 30 years. Produced and written by Tim & Bob (Tim Kelley and Bob Robinson), Jimmy Jam & Terry Lewis and Kenneth “Babyface” Edmonds, II topped the Billboard 200 for five weeks and the Hot R&B/Hip-Hop chart, going #1 in France and New Zealand, Top 5 in Australia and Canada, Top 10 in Japan, The Netherlands and Top 20 in the U.K. Spain and Sweden, eventually selling 12 million copies in the U.S. alone. It became the inaugural winner of the GRAMMY® Award for Best R&B Album, while “I’ll Make Love To You” won Best R&B Performance by a Duo or Group with Vocals. The latter song had already been #1 on the Billboard Hot 100 for 14 weeks, breaking the group’s own chart record, set by “End of the Road,” which had 13 weeks at the top. “On Bended Knee” succeeded “Love,” staying at No. 1 for six weeks. Other singles from the album include “Water Runs Dry,” which reached #2 on the Billboard Hot 100, and “Thank You,” which reached #21. The emotional spoken-word track, “Khalil (Interlude),” was a tribute to their road manager Khalil Roundtree, who was killed in Chicago while the band was opening for MC Hammer on his “Too Legit To Quit” tour.

The newly issued two-LP vinyl edition of the album includes the band’s stunning cover of The Beatles’ “Yesterday” as well as the international edition bonus track, “Fallin’.”