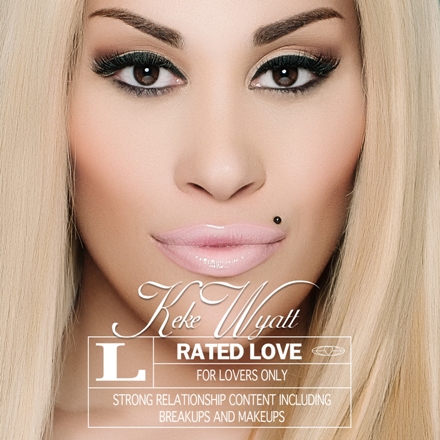 “LOVE ME” IS AVAILABLE TODAY ON iTunes

ATLANTA, March 18, 2016 /PRNewswire/ — As R&B’s leading lady Keke Wyatt gears up for the release of her forthcoming album, Rated Love on April 22nd, she’s keeping fans satisfied with the release of her new single, “Love Me.” The track offers an upbeat, fresh sound that further solidifies Wyatt’s diverse vocal abilities as an artist. “Love Me,” which was written by Wyatt, Brandon Hesson and Dominic “Dom” Gordon (also produced by Gordon), will be premiered on Heart & Soul (SiriusXM) over the weekend and is available today on iTunes.

“Since I’m releasing my new album, Rated Love, on my own label, I also have more freedom and creative control over my music,” says Wyatt. “The album is all about love, and takes you on a journey from start to finish, but as can be heard on my singles ‘Sexy Song’ and now ‘Love Me,’ it’s like eating a pot of gumbo—it has all sorts of flavors, but it’s all Keke.”

Wyatt has been making headlines online with her popular #KekeCovers series, where she puts her own spin on some of her favorite records. She’s covered everything from Beyonce’s “Love on Top,” to Rihanna’s “Diamonds.” Since beginning #KekeCovers earlier this year, her YouTube channel has added over 7K subscribers and 539,045 views.

Rated Love is available for pre-order now (http://flyt.it/KeKeRatedLove) and will be released on Wyatt’s label Aratek Entertainment through a multi-album artist services deal with global distribution company INgrooves Music Group.