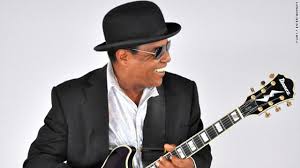 NEW YORK – Dec. 22, 2015 – PRLog — Tito Jackson has joined the Spectra Music Group to release his new solo album “Tito Time.” Tito Jackson is a Grammy Nominee, Rock and Roll Hall of Fame Inductee and founding member of The Jackson Five and The Jackson’s, one of the most successful groups in the history of music.

Rock & Roll Hall of Famer Tito Jackson’s poetic lyrics, irrepressible vocals, and evocative musicianship are a faint reflection of the remarkable gifts that characterize Gary, Indiana’s native son. Born Toriano Adaryll Jackson, Tito has spent his entire life enchanting music lovers with soulful harmonies interwoven with curvaceous rhythms as a member of Motown’s greatest discovery, The Jacksons (Jackson 5), and presently as a multi-faceted solo artist. Tito’s unyielding passion for blues, R&B, pop, and other music forms is the secret to his boundless energy and rare achievements in the ever-changing entertainment spectrum.

Tito’s initial success with the recording masterpieces “I Want You Back,” “Never Can Say Goodbye”, “I’ll Be There,” (best selling single in Motown’s history), and other mega-hits is the genesis of an indefatigable trek into modern musical immortality. Tito Jackson’s eclectic musical arrow is aimed in the direction of diverse genres, R& B, blues, and pop.

The Spectra Music Group welcomes multi-platinum legendary singer, musician and performer Tito Jackson, and looks forward to the worldwide release of “Tito Time” which will be available in 2016.

The official website for Tito Jackson may be found at www.TitoJackson.com

The official website for The Spectra Music Group may be found at www.spectramusicgroup.com