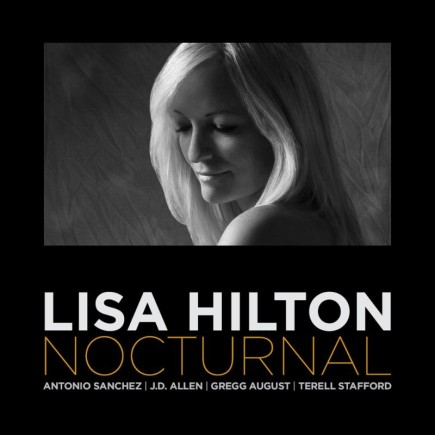 Composer/pianist/band-leader Lisa Hilton has completed her 18th release, Nocturnal, with her most impressive band to date featuring tenor saxophonist J.D. Allen, trumpeter Terell Stafford, bassist Gregg August and drummer Antonio Sánchez. The 11-track album shows remarkable emotional depth and clarity from all band members, exploring the reactive emotions that follow an ill-fated night of events. “It comes from having something not go your way, and what that means to you as you explore the natural reactions to an event in your own personal manner,” explains Hilton. Personal is the key, as Hilton hopes to use musical exploration and improvisation to connect with the listener on a person-to-person basis. “We were trying to explore the multiple layers of human emotions musically.”

These emotions – anger, confusion, love, desire, hope and sadness – are extensively explored throughout the album, reflective in the titles of each song. The feelings demand certain questions to be asked – Where is my mind? Am I going crazy? Is there hope? – with each composition offering a deeply profound answer to life’s greatest dilemmas.

For lovers of tradition, the title track “Nocturnal,” “Whirlwind,” and the classic “Willow Weep for Me,” allow for Stafford’s fluid trumpet and flugelhorn as well as Allen’s deep tenor tone to shine. The Latin flavored, “A Spark in the Night,” showcases Sánchez and August’s extensive Latin backgrounds in a catchy and appealing manner, while “Twilight” is impressionistic.

A surprise choice is a cover of The Pixies’ “Where is My Mind” which is so simply stated in true form and turns in another direction by the finale. It’s on the bluesy “Seduction” and the tender “An August Remembered” that Hilton’s flowing lines and melodic ideas are highlighted. “Midnight Sonata,” written for a trio consisting of piano, bass and drums,merges the classical form with the freedom of American jazz and blues in a trans-genre style. Inspired by iconic American composers such as George Gershwin, Duke Ellington and Dave Brubeck – who also composed in classical forms – Hilton lands on a composition that is appealing to both jazz and classical fans alike. “Midnight Sonata” was also written to communicate an emotional depth not normally found in sonatas. While the sonata form is intact, Hilton and her trio use improvisation, blues, modal washes, shifting key centers, free jazz, impressionism and extended technique to create a refreshing yet familiar vibe.

As a distinctive and thought provoking composer/pianist, Hilton creates compositions that draw on classical traditions, twentieth century modernists, and the avant-garde as much as they look back to icons of American jazz and blues. Hilton’s post bop style influences extend beyond jazz legends Thelonious Monk, Count Basie and Duke Ellington, to include bluesman Muddy Waters, minimalists like Steve Reich, current rockers Green Day and The Black Keys or modernists Prokofiev, Stravinsky and Bartok. 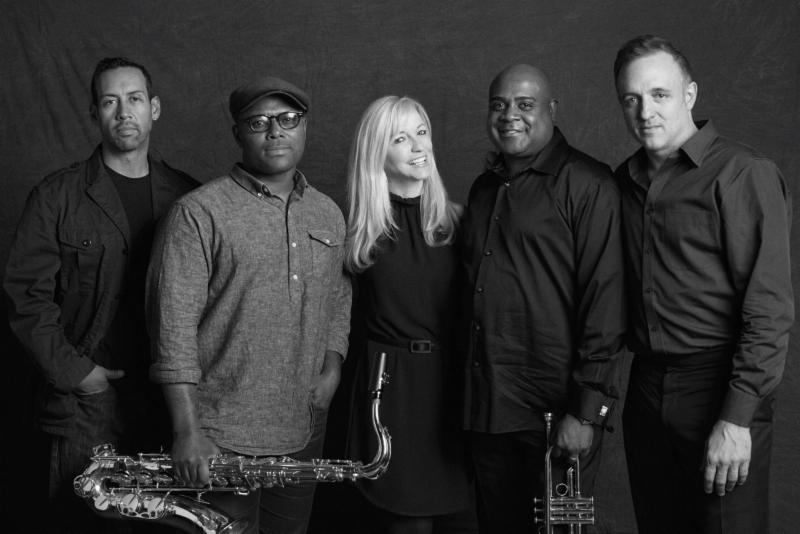 Originally from a small town on California’s central coast, Hilton studied classical and twentieth century piano formally from the age of eight, where she was inspired by her great uncle, Willem Bloemendall, (1910-1937), a young Dutch piano virtuoso. In college though, due to the lack of creativity in the program, she became a music school drop out, switching majors and receiving a degree in art instead. “I approach music as art now,” Hilton explains; “I build the composition with musical elements then ‘paint’ texture and color through improvisation and other concepts.”

Hilton has produced a total of 18 albums to date, representing over 200 compositions to her name. She has worked with many of this era’s jazz luminaries, notably Christian McBride, Nasheet Waits, Steve Wilson, Jeremy Pelt, Lewis Nash, Billy Hart, Bobby Militello, Larry Grenadier, and Marcus Gilmore among others. Her releases regularly appear on radio charts.

Committed to helping students who are often overlooked, Hilton regularly spends time to help young blind musicians at the historic Perkins School for the Blind in Boston, The Chicago Lighthouse for People Who are Blind or Visually Impaired, The Junior Blind of America in Los Angeles, Camp Bloomfield for the Blind in Malibu, California, or with The Berklee College of Music in Boston and their adaptive music lab for visually impaired musicians. “I enjoy extending help to those with physical disabilities – music should be for everyone,” Hilton explains.