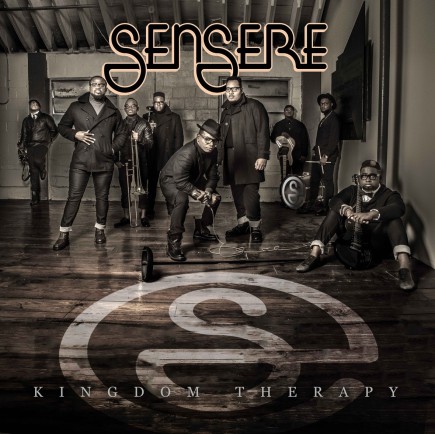 The band has maintained a Top 30 position on the chart four weeks in a row with consecutive sales increases of +999% (week ending Sept.10); +26% (week ending Sept. 17); +4% (week ending Sept 24); and +152% (week ending Oct.1). Industry insiders will tell you that some of the best gospel music is not being heard on mainstream gospel radio. It’s being produced by independent, or indie artists. Without aid of national Gospel radio airplay support SENSERE has received accolades among critics, peers, and fans. Their sophomore album softly extends the sound that made such generally gospel-phobic outlets like MTV even take notice and rightly give this emerging act some rare airplay.

Completely produced and arranged, by singer, lead guitarist, and band founder, James “J-dubb” Wright, the well-sequenced album has a consistent and cohesive vintage sound that nicely flows between tracks. Each composition has a welcome Christian message and is soundly developed by this fine group of faithful young musicians.

Most recently, Pat Houston (known as being the late Whitney Houston’s manager and sister-in-law) invited the band to participate in her “Silent Suffering” themed Teen Summit in Shelby, N. C. on October 17th. There were many facets of the band’s music that caught her and her husband Gary’s attention. The band’s song “Love” strongly had an impact on them due to a lack of love that is a main proponent that causes “Silent Suffering.” They see “Love” as a great light in that vast sea of darkness and loneliness, and SENSERE’S delivery that is so passionate and profound.